Where to Drink in Burlington, Vermont 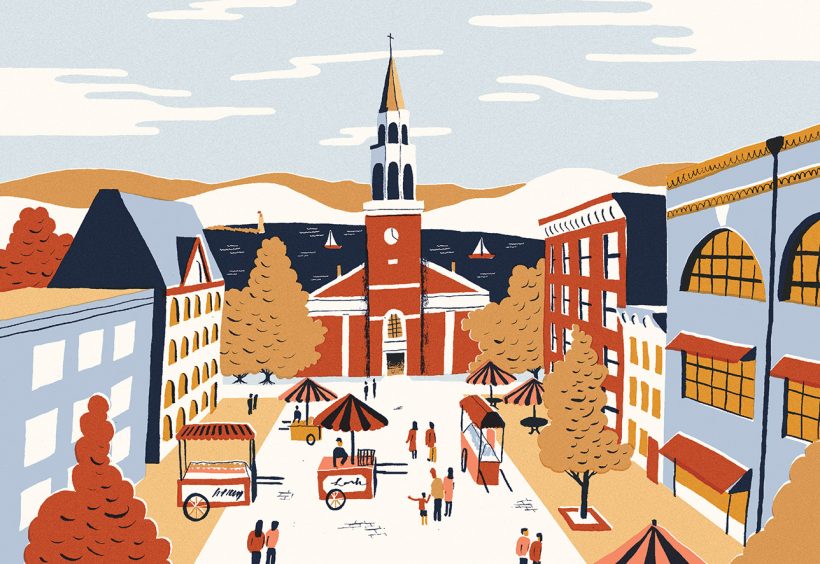 Twenty-first-century Vermont has added one more icon to its traditional repertoire of maple syrup, ski trails and Ben & Jerry’s ice cream—craft beer. Vermonters’ love of a good drink actually has roots in the Revolutionary War; local legend has it that Vermont’s founder, Ethan Allen, died after falling drunk from a sleigh. Whatever the truth, Allen’s famously hard-drinking, independent spirit lived on after his death, as the booze flowed during Prohibition and, decades later, the fight against restrictive state brewing laws in the 1980s was won.

Beginning with the opening of the Catamount Brewing Company in 1987, the microbrew revolution quickly swept Vermont, inspiring entrepreneurs to lay the foundation for the state’s now-booming scene. National attention came in the 1990s with the success of Magic Hat, loved for its dynamic design, bottle-cap fortunes and apricot-flavored beer. The newest generation of Vermont brewers, however, subscribes to a more local-centric philosophy, brewing limited quantities for a limited area. The tactic has benefited the state as a whole, sending ever more beer buses out, especially to Hill Farmstead Brewery in Greensboro, and to The Alchemist in Waterbury, east of Burlington. Today, Vermont has highest number of breweries per capita in the US, currently 30 for a population of half a million, with more on the way.

Much of Vermont’s craft beer funnels into the state’s largest city, Burlington, nestled along the banks of Lake Champlain. A university town where Tibetan prayer flags are draped on the porches of old houses and outdoor recreation is at the heart of the culture, Burlington’s open-minded population has embraced the craft beer movement. The downtown area, especially the pedestrian-only Church Street Marketplace, has been transformed by dozens of brewpubs, bars and microbrew-friendly restaurants within a five-block area. The rejuvenation is also spreading into adjacent Winooski, an independent offshoot of Burlington. Whatever it is in the water, air and mountains that makes Vermont so magical, it’s clearly now in the beer.

Farmhouse Tap and Grill
The owners of this gastropub, which often has lines out the door, pair locally sourced, farm-to-table cheeses, meats and produce with 23 taps of craft beer. Most are at the vanguard of Vermont brewing, including Lost Nation Gose, Trapp Vienna Style Amber and Fiddlehead IPA. But the biggest draw remains the Hill Farmstead, as the Farmhouse is one of only four places in Burlington to have a regular supply. Stop in Fridays to sample bar manager Jeff Baker’s experimental tap of the week.

Vermont Pub & Brewery
All Vermont brewers owe a debt of thanks to Vermont Pub & Brewery founder Greg Noonan, who lobbied the state Legislature for years to overturn Prohibition-era laws forbidding brewers from selling their product on-site. His eventual success led to his opening Vermont’s first brewpub in 1988. The pub has changed little since then, and its outdoor patio is still one of the most coveted seats in town. The beer, brewed downstairs, continues to impress with award-winning stalwarts like Burly Irish Ale and the raspberry-tinged Forbidden Fruit, plus weekly kegs of experimental beers like Maple Cream Ale and Sugar Beet Orange Ginger.

American Flatbread
At first, customers came for the pizzas and breads baked in stone and clay masonry ovens, but with the installation of Zero Gravity Craft Brewery in the basement, diners have started to turn their tables toward the bar area, which dispenses 15 brews daily. Try Great Snipe, an organic Saison made with local rye; Hopscotch, a peated India Pale Ale; and Summer Gruit Ale, a medieval-style ale infused with local gale and yarrow. Visit the second Tuesday of each month, when a reserved vintage keg is tapped.

Nectar’s
One of Burlington’s claims to fame is that the band Phish was formed here, at the University of Vermont. Phish’s third album, A Picture of Nectar, pays homage to this bar where the foursome cut their teeth. Now, Nectar’s is a destination for beer lovers, as they’re one of the few bars to offer Heady Topper in cans. Pair one of their 23 draft beers with their famous gravy fries, and enjoy the nightly live music (never a cover!).

Three Needs Taproom & Brewery
Part of the first wave of brewpubs to set up shop in the 1990s, Three Needs was a particular favorite of Burlington’s college-age hippie crowd. They just relocated to a bigger space, and although they haven’t resumed brewing yet, their 12 taps are flowing with beers from Trout River, Switchback and Long Trail.

Radio Bean
A couple blocks off the well-beaten Church Street Marketplace path, “the Bean” just might be Burlington’s most fun bar. The two-room, steampunk-style bar prides itself both on its Southern-style chicken & waffles and nightly music performances on the tiny corner stage. Seats are hardest to come by Tuesday nights, when the house honky-tonk band plays and locals test the depths of the Wolaver’s kegs.

Das Bierhaus
Serving as an Old World counterpoint to the city’s young beer scene, Das Bierhaus keeps everyone true to their roots with eight taps of strictly German beers, like Schneider Aventinus Weizenbock, Warsteiner Pale Pilsner and Arcobräu Zwicklbier. Das Bierhaus also offers the only rooftop terrace in the city.

Daily Planet
One of Burlington’s longest-standing establishments, the Daily Planet offers a cozy dining room, an airy solarium and a bar area for the after-work crowd; the bar also fills up before and after showings at the independent cinema across the street. The global cuisine, from curry to tacos, offers something for everyone, while eight taps pour local beers like Switchback Unfiltered Ale and Equinox Pilsner from Northshire Brewery in Bennington, two hours south of the city.

One Half Lounge
136 1/2 Church Street
Tucked between Red Square
and a sandwich shop, this half-space bar is easy to overlook. Soft cushions, dim lighting and rotating art displays are inviting on chilly Vermont days. Downstairs in the stone and wood-paneled basement, cozy up in the dimly lit alcoves over pints of Rock Art and Long Trail.

Mule Bar
The newest edition to the area’s craft brew scene is down the hill in the quickly gentrifying town of Winooski. This modestly upscale bar is fast becoming a regional favorite—not just for the exceptional charcuterie and cheese selection, but for the 16 carefully selected, quickly rotating drafts, including beers from Zero Gravity and Lost Nation (a brewery northwest of Burlington), plus another 20 in bottles and cans. Tuesday nights are dedicated to taco and beer pairings. 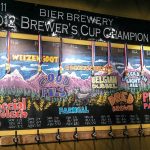 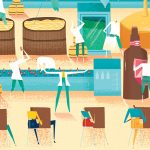