Baka Ohka Imperial Cherry Stout by Church of The Atom 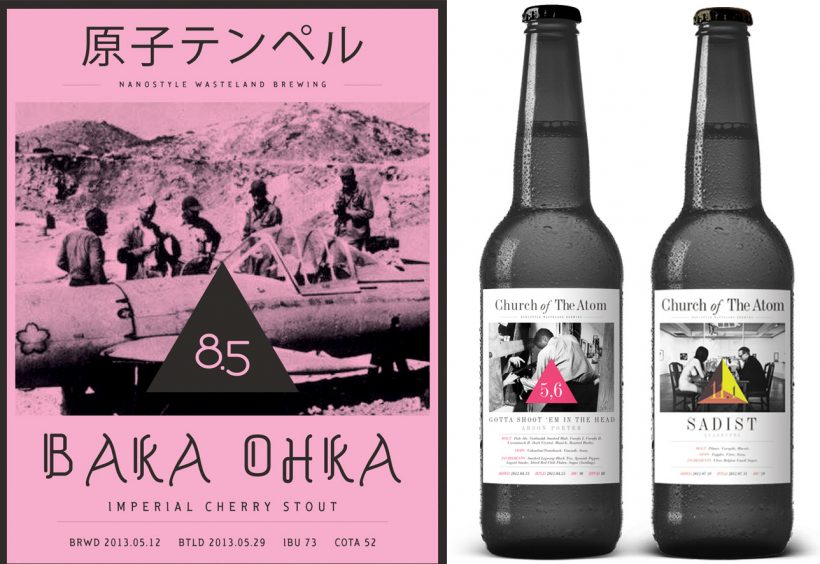 When was the last time you priced bomb shelters? After browsing Church of The Atom’s label gallery, the idea might occur to you. Of course, it’s not that simple; the apocalypse might be one of their larger themes, but these guys have more to say, not the least of which is: “You have got to taste this beer.”

Church of The Atom is a nanobrewery in Sweden’s up-and-coming craft beer hub of Gothenburg. The brewery derives its name from a post-apocalyptic video game that co-founders Kristian Hallberg and Marcus Ekdahl were both into when they decided to launch CoTA. The game’s “’50s atomic-age aesthetics” set the tone for the brewery’s look and feel, explains Hallberg, CoTA’s art director and package designer; Ekdahl adds that a classic approach to layout and design rounds out their image.

The result is a widely varied yet cohesive collection of labels that turns on the themes of war, subversive humor and, yes, the apocalypse. “We hope that the design, and overall look and feel, visualizes our main values: curiosity, insanity, progression, craft and humor,” says Hallberg.

Yet each label also stands on its own as a statement about the beer. Take Gotta Shoot ’em in the Head, a “Wild West-style, smoky, spicy tar Porter” that inspired the name and then, the image: the imminent mass zombie execution from Night of the Living Dead. Or the 13.5 percent Sadist Quad, which riffs on the idea of drunken humiliation inspired by a classic photo of Marcel Duchamp playing chess with a nude woman.

While brainstorming their one-off Imperial Cherry Stout, Ekdahl had an epiphany. “Being a former [World War II] airplane nerd, it suddenly hit me!” he says. “Cherry Stout—the Japanese name for cherry blossom is ‘Ohka.’ It was also the name for a Kamikaze airplane. It even had a cherry blossom painted on the side. The Americans called it ‘Baka,’ which means ‘idiot.’ We named the beer ‘Baka Ohka,’ which also reflects the beer itself.”

The image of American soldiers examining a Kamikaze plane reflects the absurdity of war, Hallberg explains. “It’s a mix between gloom history (black ale), strong imagery (imperial) and war product naming (cherry),” says Hallberg, adding that the stark label—blank ink printed on cherry-colored paper—is meant to have an “underground resistance” feeling to it: “newly printed and put up straight on a telephone pole, still warm from the hand-printer.”

Sweden is home to breweries like Omnipollo and Beerbliotek, and CoTA plans on collaborating as often as possible. In the meantime, they’ll have no trouble standing out in a global market, shocking labels aside. As Hallberg puts it, “There are many IPAs out there. There are few Imperial Lingonberry Lime Habanero Kölsches.” ■ 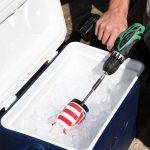 Previous: The Big (and Fast) Chill 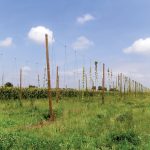