Where to Drink in Milwaukee, Wisconsin 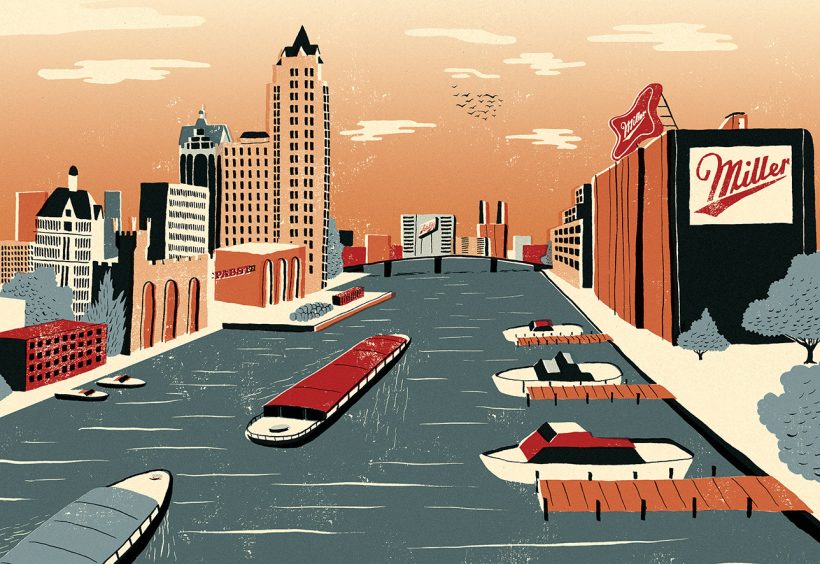 Milwaukee owes its brewing heritage to beer barons like Miller, Pabst and Schlitz. But it still can consider itself Brew City because of places like Sprecher Brewing Co. and Lakefront Brewery. The two were brewing craft beers long before it was cool. Sprecher, launched by a former Pabst brewer, opened its doors in 1985, and Lakefront started in 1987 (fairly impressive undertakings at a time when Miller and Pabst ran the show). Both breweries have grown plenty since their infancy and can be found in several states.

Milwaukee’s blue-collar roots have receded significantly since the mid-’80s. And while Miller is still extremely popular, the big beers that were once working-class favorites have given way to a vibrant craft beer scene, no doubt helped by the fact that Wisconsin has solid breweries outside of Milwaukee, led by standouts New Glarus and Central Waters.

Bay View, a neighborhood just south of downtown, is dotted with affordable bungalows, twentysomethings and an inordinate amount of great beer bars. On and around Bay View’s main drag, Kinnickinnic Avenue (“KK” to locals), you’ll find the highest concentration of beer-centric taverns. Other excellent beer bars are scattered around the city, which makes sense in a town where the corner bar is an institution. Milwaukeeans have always loved their beer, so it’s no surprise that craft beer has found fertile ground here.

Benno’s Genuine Bar and Grille
Benno’s sits unassumingly in the heart of West Allis, just west of downtown. The spot was well ahead of the craft beer curve and offered a wide selection of brews in the mid-1990s. Now, around 30 taps and a large glass cooler brimming with bottles provide access to excellent beers. It’s a place where you can sip on a Tyranena Chief Blackhawk Porter, down some tasty bar food and discuss the Packers’ chances in the playoffs. Not a bad night.

Burnhearts
Tucked a block away from the Kinnickinnic beer corridor is a corner bar with a friendly vibe and equally good tap list. The 24 draft beers are always well thought out, and rarities from the likes of Central Waters and Founders frequently sneak onto the menu. Every Burnhearts bartender is Cicerone certified, and the place has a knack for putting together great tastings (the Bell’s Hopslam and Black Note event in the winter of 2012 is the stuff of legend).

Café Benelux
The warehouses in the historic Third Ward neighborhood create an industrial landscape. There’s no better place to take it in than from the amazing rooftop deck at Café Benelux. The view is made better by the 100-plus beers on the menu, including oddities, large-format brews and a ton of amazing imports. It’s the place in Milwaukee to go if you want Belgians.

Erv’s Mug
Craft beer fans who live on the far South Side are covered. A nice mix of 32 taps and a solid selection of large-format bottles give thirsty patrons plenty to choose from. Hungry? Erv’s hosts popular monthly beer dinners that are open seating and casual.

Landmark 1850 Inn
The 27 taps at Landmark are nice, but the setting is the real draw. The building once served as a stagecoach stop and has been standing for more than 160 years. Ample woodwork, Cream City brick and tin ceilings remind you of that fact as you drink a Three Floyds Zombie Dust or Black Husky Sparkly Eyes. The ornate spot on the South Side stays low-key while still managing to put brews like Founders KBS on tap from time to time.

The Palm Tavern
A small neon sign is all that alerts passersby to one of the best places for beer in Milwaukee. Palm Tavern is small and dark, and commandeering a spot at one of its few barstools is an accomplishment worth celebrating with one of a couple-hundred beers between the tap and bottle list. Looking for a rare import or obscure American craft beer? You’ll likely find them here.

Romans’ Pub
You don’t talk about beer bars in Milwaukee without mentioning Romans’ Pub first. If you irritate owner Mike Romans by doing something silly like ordering a Miller Lite (he doesn’t pour macrobrews), he can be a little gruff. But, if you want to talk about and drink good beer, Mike is as gregarious as it gets. The 30 taps at Romans’ rotate frequently and feature craft beers from all over the country. And Mike has treats like 2010 Dogfish Head World Wide Stout and 2009 Avery Samael’s Oak-Aged Ale sitting in his cellar waiting for a reason to be tapped.

Stubby’s Gastrogrub and Beer Bar
Stubby’s sits just around the corner from Lakefront Brewery, and is a great stop before and after the best brewery tour in town. All but one of their 53 draft beers is available to the regular public. The 53rd is for Stub Club members only, intended to keep a steady stream of good stuff available for loyal customers. The coveted 53rd tap has poured gems like Zombie Dust and Bourbon County Stout.

Sugar Maple
The sister bar of the Palm Tavern (both are owned by Bruno Johnson) boasts 62 American craft beers (from Stillwater and Grand Teton to small-batch Wisconsin brews), and the space is large enough to fit more than 100 beer geeks.

Uber Tap Room
Nearly all of the 36 taps at the Uber Tap Room are from Wisconsin breweries like Black Husky, 3 Sheeps and O’so. Pair them with one of the 100-plus Wisconsin cheeses from the adjacent Cheese Mart; both spots are owned by Ken McNulty.

Water Street Brewery
This pioneer was the first brewpub in Milwaukee when it opened in 1987, and it helped bring life to an area on the northern edge of downtown that shuttered after five o’clock. Now the Water Street area bustles, and solid beers, an inviting Cream City brick interior and a delicious Scotch egg have kept Water Street Brewery on the map. ■ 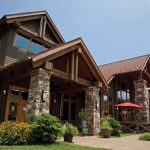 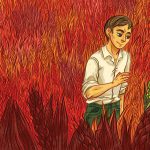