Stemming the Rise of Barley Diseases: How Nasty Fungal Infections Could Affect Our Grains and Beer 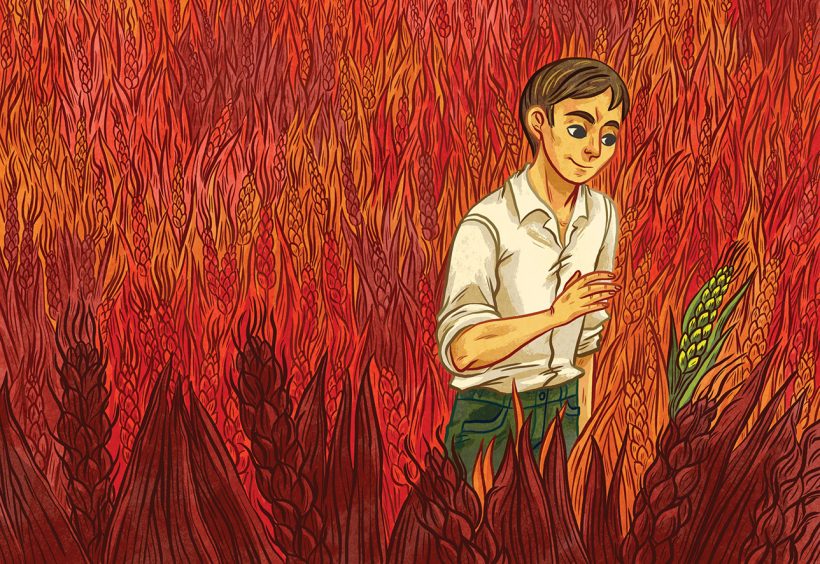 In the 1930s, a fungal disease spread through America’s Northern Great Plains, tainting huge swaths of barley and wheat fields. The epidemic left rusty red growths on the stems of the crops, and severely hindered yields and grain quality. Farmers were worried. Brewers, too.

While walking through his devastated fields one day in 1935, a North Dakota farmer named Sam Lykken looked down and saw a single green barley plant that was free of the red spots. Like any savvy breeder would, he harvested the seeds and planted new fields of healthy barley. He shared the grains with other farmers and with the local university’s scientists, too. The barley plant Lykken had found harbored a beneficial genetic mutation, named Rpg1, that made it resistant to the rust. The new breed of barley spread like wildfire. America’s amber waves of grain had been saved.

“The Rpg1 resistance gene has protected barley all the way up until today against nearly every domestic race of stem rust,” says Brian Steffenson, a professor of plant pathology who does pre-breeding research at the University of Minnesota in St. Paul. Steffenson has been out to visit Lykken’s son and has walked those same fields, awestruck by Sam Lykken’s altruism for his fellow farmer.

Stem rust is caused by a fungus named Puccinia graminis, whose spores disperse in dry and windy conditions. Once attached to the barley, these spores need a moist period—usually dew or rain—to infect the plant. The fungus then bores its way into the host through the plant’s natural openings and extracts nutrients, adversely affecting grain quality and yield.

“It’s a disease that has triggered famines and haunted mankind for millenia,” says Steffenson, “because it can destroy vast acreages of the crop in a matter of a few weeks.” In 1767, Giovanni Targioni Tozzetti, arguably history’s first plant pathologist, described a leaf rust attack that spread across Europe, characterized by “little groups or masses” that constituted a “terrible scourge … to which the fields of the greater part of the temperate zone of the Northern Hemisphere have been subjected.”

Lykken’s barley strain—or “cultivar,” as breeders call them—managed to protect barley from stem rust fungus for more than 60 years, a blessing considering the world produced over 134 million metric-tons of the grain between 2011 and 2012, according to the USDA. But in 1999, a variety of stem rust was discovered in Uganda that is capable of attacking Lykken’s cultivar. According to Steffenson, up to 95 percent of the world’s barley is susceptible to the variant, and almost every major breed of barley. Dubbed Ug99, it has spread across East Africa and up into the Middle East. If it infects global barley supplies, the ramifications could be brutal.

“It is definitely a threat,” says Steffenson, “but all of the right weather conditions must be present in addition to ample amounts of the spores before a severe epidemic can occur.” Which means warmer weather and moist conditions. With the climate changing as it has, scientists aren’t betting against these conditions unfolding. To make sure his research can address a global fungal outbreak, Steffenson travels to Kenya every year to field test his new barley cultivars. He and his colleagues have bred into these cultivars several genes that provide resistance not only to stem rust, but other diseases, too.

Scab on my Barley
Stem rust isn’t the most threatening disease facing the world’s barley crop. Another fungus, named Fusarium head blight—or scab—has had an even more devastating and widespread impact. That’s because Fusarium attacks the business end of the barley plant: the grain. The Fusarium fungus blankets the barley grains with a white coating and releases toxins that, even at very low levels, can hurt the grain and show up on toxicology tests of the grains. The shriveled white kernels are often referred to as “tombstones.”

“To be bluntly honest, Fusarium head blight is a very devastating disease,” admits Matt Rouse, a research plant pathologist with the USDA. “It produces a toxin that, if you have even a very low amount of it, you may not be able to sell your crop.” The Food and Drug Administration has established strict regulations on the levels of fungal toxins allowed on food for human consumption—which includes malted barley used in beer. Plenty of farmers have had to resort to selling their barley as livestock feed—which has looser regulations—because of trace amounts of fungal toxins.

Scab-infected barley is also bad news for brewers because it discolors the grain. The discoloration carries over into the wort and affects the finished beer. Maltsters and groups that represent them—like the American Malting Barley Association (AMBA)—are vigilant about the quality of barley going into beer and are well aware of fungal diseases.

“Fusarium is such a devastating disease,” laments Scott Heisel, vice president and technical director of AMBA, “but that’s why we’re proactively funding research to incorporate resistance into barley.” Milwaukee-based AMBA represents over 50 members including maltsters, craft distillers, and micro- and macrobreweries whose dues are allocated to fund research into staving off diseases like Fusarium and stem rust. Among the organization’s members are big boys AB-InBev, MillerCoors and Cargill Malt as well as smaller companies like Long Trail Brewing, Leopold Brothers Distillery and Valley Malt.

Breeding an Arms Race
Unbeknownst to most beer drinkers, plant scientists and breeders are in an arms race to develop cultivars of barley and wheat that are resistant to constantly evolving types of fungi. The list goes well beyond stem rust and Fusarium head blight. There’s barley leaf rust, powdery mildew, stripe rust and spot blotch, to name a few. And though several different genes have been identified that provide resistance to many of these diseases, incorporating them may not actually mean you have the perfect grain.

That’s because breeding is tricky work. Breeders must retain the characteristics that the grains are prized for—which, for maltsters and brewers, means traits like great starch-to-protein ratios, plump grains and good coloration. If you try to breed in too many disease-resistant genes, you may end up losing some of the other desirable traits you’ve tried so hard to get in the first place. One would think genetic engineering could make this easy on the breeders, but genetic modification has been very limited when it comes to barley, says Steffenson. “Barley may be one of the last GM crops to gain acceptance by the industry, if at all,” he predicts, “because the brewers are quite conservative with what goes into beer.”

At the University of Minnesota, for one, everything is done by conventional breeding—good old-fashioned plant crossing and hybridization (what the monk Gregor Mendel did back in his monastery’s vegetable garden, if you remember your Biology 101). Molecular markers and DNA sequencing may be used to speed up the process, but it’s traditional breeding that’s used to create the new barley cultivars for malting.

“With that strong Reinheitsgebot mentality, anybody monkeying around with the barley that goes into beer is not going to be allowed,” says Steffenson. Brewers don’t want anything weird—especially a fungus—in or on their malt. Meanwhile, Steffenson and his colleagues have a stash of historical wild barley cultivars that they’re breeding, with the hope of creating selecting “traits that may be useful,” Steffenson says, “now, or in the future.” ■ 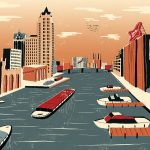 Previous: Where to Drink in Milwaukee, Wisconsin 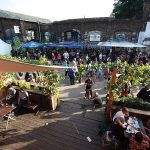