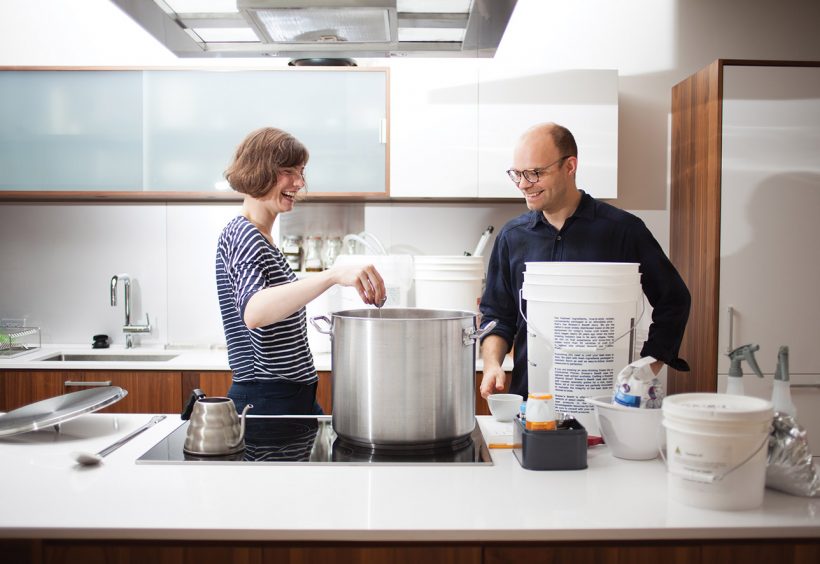 Like all good fairy tales, the story of Grimm Artisanal Ales starts with a moment of enchantment. One night in Providence, Rhode Island, Brown University students Lauren and Joe Grimm attended a talk by Wild Fermentation author Sandor Katz.

The twosome had never much pondered the transformative magic of bacteria and yeast, but Katz’s talk left them spellbound. Soon after leaving, “we started fermenting everything,” says Joe, a musician who has performed with the Dirty Projectors, 33.3 and solo as The Wind-Up Bird. “It was like, ‘We can pickle that!’”

Fermentation is an addictive art, a slippery slope that starts with cucumbers and leads to stronger stuff: kvass, kombucha, hard cider and mead. “It was really bad,” Lauren recalls of their first honey-wine foray. Beer came next. Initially, the extract-based brews were marginally better than their mead, the sort of beer you sip and say, “That’s really … interesting.” Typically, the experiments would’ve died then, the brew kettles consigned to storage and chalked up to another college folly. But then came another dose of serendipity. While on tour in Brussels, Belgium, “people fed us all these wonderful Belgian beers,” recalls Joe, who returned home with a renewed commitment to brewing and a love of Dubbels, Tripels and, most importantly, Saisons.

Big City, Big Dreams
After collecting their degrees, the couple (who have since married) relocated to Chicago and enrolled at the Art Institute of Chicago. Between classes, Joe and Lauren honed their approach to brewing, exchanging extract kits for grains and fashioning Saisons and ales flavored with herbs, spices and flowers. As often happens with homebrewing, the duo crafted more beer than they could consume.

Seeking to unload excess supply, they started a subscription-based beer program fashioned after the community-supported agriculture model. (People buy “shares” in return for a changing allotment of fruit or vegetables.) But “no one wanted to pick up their beer,” Lauren explains, so they turned the project into a pop-up bar, selling beer at art-gallery events. In the meantime, they continued refining their recipes. Feedback was positive and encouraging. Did they have a future in fermentation? If so, where?

After Joe (2009) and Lauren (2010) graduated, the couple watched friends flee Chicago for New York City. They followed suit, landing in Brooklyn’s industrial Gowanus neighborhood with a plan to launch a brewery called Grimm Artisanal Ales. They met with lenders for funding, but quickly ran into a small problem. They had no sales record, much less professional brewery experience. Their saving grace was Joe’s gig at Double Windsor, a respected Brooklyn beer bar. He and Lauren mined contacts and began visiting bars to gin up interest in Grimm. “People were like, ‘That’s really cute. Thanks for sharing your homebrews. Sure, if you ever get off the ground, we’ll put the beer on,’” Lauren recalls. One small problem: They first needed to brew the beer.

A Nomadic Existence
In any city, starting a ground-up brewery is dizzyingly expensive, with costs easily cresting a million bucks. In NYC, the insanely costly real estate means you might as well double that number. They opted for the nomadic route, tenant brewers in the vein of fellow husband-wife brewers Pretty Things Beer and Ale Project. The couple began cold-calling regional breweries. The no’s stacked up like week-old newspapers.

At last, Holyoke, Massachusetts’ Paper City Brewing Company said yes. In June 2013, Team Grimm traveled to the brewery and crafted From the Hip, a Belgian-style Blonde flavored with rose hips. The beer was released on draft and in 22-ounce bottles adorned with a delicate drawing depicting ladies with roses blooming from their bodies. “They’re the sort of graphics you’d find on an ancient Greek vase,” says Lauren, who notes that they’re battling the notion that beer should mainly be marketed to men.

The response to the first batch was encouraging, Lauren says, but the second batch—Bees in the Trappe, a Bière de Miel brewed with wildflower honey—proved that Grimm’s story would have a happy ending. Bees largely sold out before it was even released. “In New York, there’s so much excitement about craft beer, with bars and restaurants anticipating the next beer that we’re making,” says Lauren. That’s the case with Steven Baird, the general manager at Brooklyn beer bar The Owl Farm. “My staff doesn’t want to sell it,” he says. “They want to drink it all for themselves.”

Adds Chris O’Leary, editor of the website Brew York, New York: “It’s rare that you see someone get excited about finding a beer on tap anymore, but I’ve seen at least two people jump for joy when they’ve seen Bees in the Trappe—and it was only Grimm’s second beer. They’re definitely worth getting excited about.”

Don’t Raise the Flag
Craft beer consumers are promiscuous. Instead of sticking to a single brand, drinkers sample as many different beers as possible. That behavior plays right into Grimm’s wheelhouse. “We never really want to have a flagship,” Joe says. Instead, Lauren and Joe focus on limited editions in the vein of Chicago’s innovative Pipeworks. Each Grimm release is unique, whether it’s Golden Hour, a Saison made with spelt, or the abbey-style Going Awry Amber Ale that contains heirloom Polish rye. (Previous batches may occasionally be revisited.)

“In a crowded market, being small and weird has its advantages,” says Brew York’s O’Leary. “Making one-off batches with creative ingredients raises their appeal to an audience of beer geeks always seeking out something new and innovative.” That innovation also appeals to Chris Balla, beverage director of the Mile End Brooklyn restaurant group. “Grimm has a spirit of experimentation,” he says. “They’ve decided to brew beer on their own terms.”

For the Brooklynites, the choice to brew in Massachusetts yet sell in NYC does not come without compromises. “As nomadic brewers, we’re interested in exploring what ‘local’ means to us,” Joe says. “We develop all of our recipes as homebrewers in our Brooklyn apartment. But when it comes to our official releases, we’ll work with any professional brewery that’s close enough that we can drive there and oversee our brew day.”

That also means heading to Manhattan’s Union Square Greenmarket to buy New York-harvested wildflower honey for Bees in the Trappe, as well as turning to Massachusetts’ Valley Malt for New York-grown specialty grains.

As for future plans, the couple is content at Paper City, but “we’re excited about being mobile and moving from brewery to brewery,” Lauren says. Furthermore, Joe adds, Grimm might explore offering a rotating Saison à la Belgium’s Fantôme. “We’d stay within the same style, but have it change it with each season,” he says. “We want to focus on the special, idiosyncratic beers that we enjoy most, and join the ranks of the brewers who are expanding the definition of craft beer. The world doesn’t need us to make a standard American IPA.”

What’s On Tap
From the Hip: Flavored with rose hips, the Belgian-style Blonde Ale is smooth, floral and spicy. 7% ABV
Bees in the Trappe: The Bière de Miel contains New York wildflower honey; it’s fermented with the Westvleteren/Westmalle Trappist yeast strain. 8% ABV
Going Awry: The abbey-inspired Amber Ale is made with heirloom New York-grown Danko rye from Massachusetts’ Valley Malt. 8% ABV
Cassiopeia: The belly-warmer is formulated like a Baltic Porter, but is fermented with Scotch Ale yeast. 9% ABV
Golden Hour: The winter-friendly Saison’s secret ingredient is spelt, which lends a tart, dry and earthy edge. 6.3% ABV
With Love From Grimm: A variant on From the Hip, this warming Tripel is brewed with rose buds. 9% ABV ■ 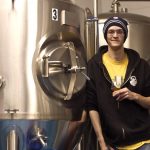 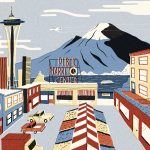