Where to Drink in Seattle, Washington 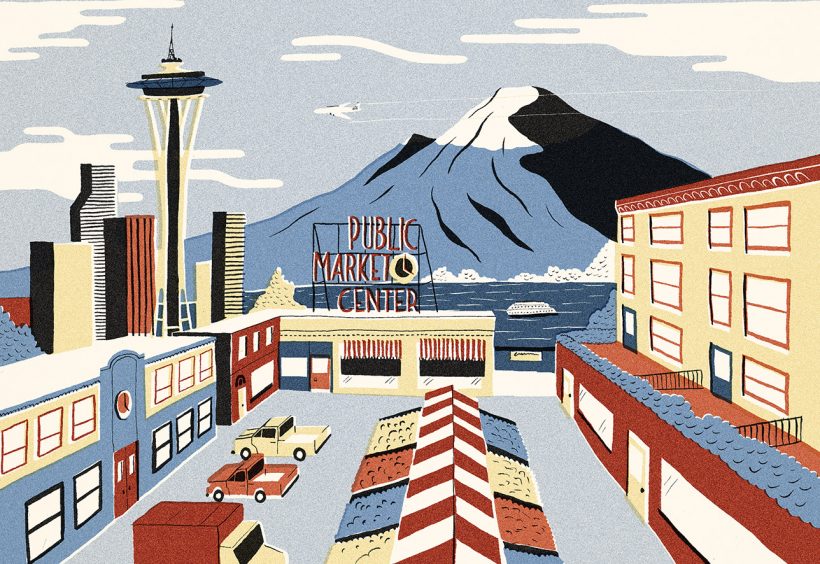 It’s a romance dating back to the earliest days of the American craft beer revolution.

Seattle’s love affair with good beer began in 1981 in the city’s Ballard neighborhood, where Redhook converted an old auto repair shop into its original brewery. Other breweries soon sprang up, and by the end of the 1980s, the local craft beer had secured a permanent place in the city’s beverage landscape. Growth has been steady ever since.

There are plenty of great beer bars around town, but the real story is the proliferation of breweries. The number of breweries in the city has doubled in the past 10 years, and today, more than 40 breweries call Seattle home, with dozens more populating the surrounding area and nearly 200 breweries in the state of Washington. The friendly neighborhood of Ballard, where the whole thing got started 30 years ago, now supports 10 breweries, with at least one more in planning.

Most of Washington’s breweries operate at capacity, but collectively, they still only produce one-third of the craft beer consumed in the state, according to the Washington Brewers Guild. In other words, this love affair with good beer is not exclusive. Seattle brews a lot of beer—some of which isn’t available anywhere else—but also relies on great breweries from across the country to feed the city’s salacious appetite, making for diverse and ever-changing tap lists at the city’s best beer bars.

The Beer Junction
What started three years ago as a modest beer store in West Seattle quickly grew into a world-class bottleshop and beer bar with over 1,300 bottles and more than 30 taps. The shopping carts include beverage holders so you can enjoy a pint as you browse. Esquire TV’s Brew Dogs visited Seattle last summer and named The Beer Junction the city’s top craft beer bar.

Beveridge Place Pub
The front room is furnished with comfy old couches, library tables and mismatched chairs; the back room offers flat screens, billiards and shuffleboard. Every Thursday night, the pub, which features over 30 taps, hosts special beer events, like brewers’ nights, special releases and, on occasion, an Iron Brewers Showdown, which is something vaguely similar to TV’s Iron Chef.

Big Time Brewery
In 1988, Big Time Brewery and Alehouse opened near the University of Washington, the first brewpub to open in Seattle since Prohibition. Head brewer Drew Cluley came over from local stalwart Pike Brewing. He respects time-honored styles with his Coal Creek Porter and Bhagwan’s Best IPA, which you can often find on cask, too.

Black Raven Brewing Co.
This suburban brewery is worth the short drive to Redmond, where the brewery and taproom occupy a large space in a sprawling business park. This four-year-old brewery quickly built a reputation for creating beers with intense character, like Grandfather Raven Imperial Stout and Pour Les Oiseaux, a barrel-aged, Brett-infused Saison. Black Raven’s growing barrel and sour programs promise good things ahead.

Brouwer’s Café
Since 2005, this self-described Flemish café has offered 64 beers on tap and has hosted some of the city’s most popular annual beer events, like December’s Big Wood Festival (barrel-aged beers) and March’s Hard Liver Festival (Barleywines). Although it’s best known for their rotating selection of Belgians, Brouwer’s also shows the homegrown breweries some love, so consider pairing the mussels with a Washington beer from Sound Brewery, Island Hoppin’ Brewery or Boundary Bay.

Chuck’s Hop Shop (aka Chuck’s 85th St. Market)
It all started about four years ago, when Chuck Shin opened a corner market in the Greenwood neighborhood that featured an exceptional beer selection. It has since evolved into a great beer-only bar and bottleshop, where you’ll find 38 top-notch beers on tap, and growlers to go (but no Huggies or Marlboros). Chuck’s is not alone—this sort of beer convenience store has become common. Chuck’s second location is due to open soon in the Capitol Hill neighborhood.

Elysian Brewing
Since Elysian’s opening in 1996, brewmaster Dick Cantwell’s award-winning beers have earned the brewery a stellar national reputation. There’s three brewpubs around town (one near the stadiums and the other near Green Lake), in addition to a large production facility in Georgetown (not open to the public), but the flagship location on Capitol Hill is still the best place to sample Cantwell’s unbridled creativity.

Fremont Brewing
The slightly eccentric neighborhood of Fremont refers to itself as the center of the universe. If true, take comfort in knowing that all celestial existence revolves around an outstanding brewery. At the Urban Beer Garden—the tasting room at Fremont Brewing—look for hop-forward specials and limited-release barrel-aged beers, or just enjoy a pint of the classic Universale Pale.

Latona Pub
Opened in 1987, Latona was one of the city’s first pubs to focus on regional, handcrafted ales. The number of tap handles is modest by today’s standards, but you can always count on at least a dozen gems. The publican, Bob Brenlin, owns two other outstanding beer bars: Hopvine Pub (on Capitol Hill) and Fiddler’s Inn (in Wedgewood).

Naked City Brewery and Taphouse
After opening as a taphouse in 2009, Naked City added a brewery and now serves as the Greenwood neighborhood’s brewpub. Brewmaster Don Webb delivers solid traditional styles alongside more inventive offerings like The Big Lebrewski, an Imperial Cream Stout aged on Kahlúa-soaked oak. The brewery’s namesake is the film noir classic, and everything here is based on a cinema theme. Most often, the flat screens are playing Hollywood classics.

Pike Pub and Brewery
Pike Brewing Company has been a fixture in Seattle since it opened in 1989, and owners Charles and Rose Ann Finkel are excellent ambassadors for the now-sprawling local beer scene. Be sure to stroll through the museum room as you sip a pint of Kilt Lifter Scotch Ale and enjoy one of the world’s most comprehensive collections of breweriana.

The Pine Box
In a previous life, The Pine Box was a funeral home. In fact, fans of film and martial arts should know that this is where Bruce Lee made his final appearance before going underground. You’ll find 34 beers on tap, with a focus on the Northwest, and at least one pushed through a Randall.

Reuben’s Brews
It seems unfair to call out just one of the many breweries in Ballard, but in its first year, Reuben’s Brews skyrocketed in popularity. The cozy tasting room actually occupies the same space as the brewery: They push aside the furniture when it’s time to brew. Be sure to try any of the rye-inspired beers. From Reuben’s, you are within walking distance of several other breweries in Ballard, including Maritime Pacific Brewing, Stoup Brewing, Populuxe Brewing and others. ■ 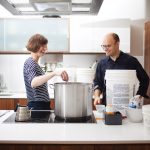 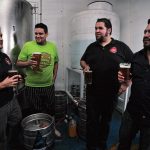