Metulczki: A Painter of Beer in Leipzig, Germany 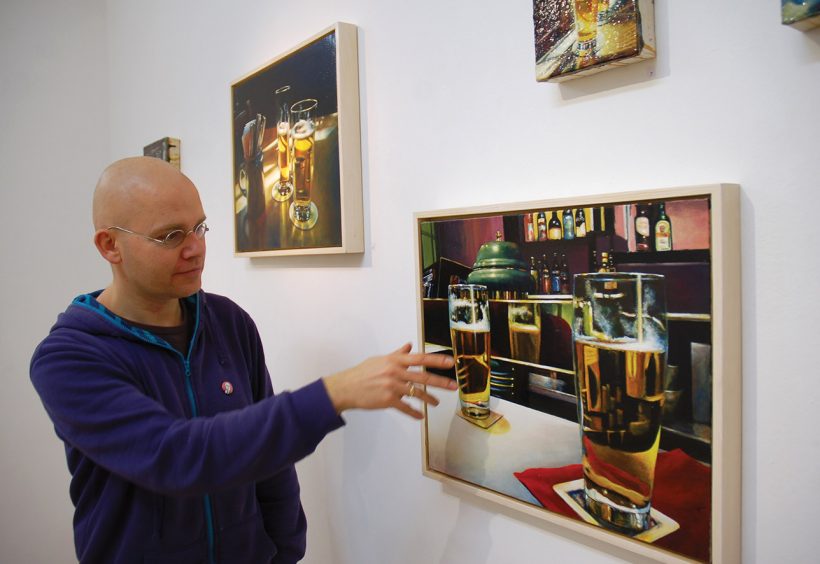 The great brewing traditions of Germany and the Czech Republic are famous for inspiring beer lovers. And then there’s what happened to Metulczki. “It was about 10 years ago,” says Metulczki, a Leipzig-based painter who, like many artists, uses just one name professionally. “I made a train trip to Bohemia with a bunch of friends. There was a lot of talking and laughing, but also a lot of beer, and I was taking snapshots as our group wandered from village to village. When I came back, one of my photos had a beer in the center that was perfectly illuminated, sitting on a table. And I said, I want to paint that.”

The result is the entirety of Metulczki’s artistic output, which focuses on the beer culture of central Europe. That means: dozens of beautiful paintings of illuminated half-liters of beer—both from Bohemia, part of the Czech Republic and from his native Germany—set in the colorful old taverns of the region. Mixed-media paintings of street drinking scenes. Objets d’art made out of caps from beer bottles. And throughout his oeuvre, the kind of witty playfulness that many beer lovers feel after a couple of cold ones.

“For me, it’s very important to have an element of humor in my work,” Metulczki says (speaking in German).

Take the series of bottle-cap art objects, entitled “Gentrifizierte Pilswiese.” Inspired by the rapid gentrification of Berlin and other cities in the former East Germany, the pieces play on the widespread preconception that real estate speculators in these cities come from the western German state of Baden-Württemberg. Covered in gold, the bottle caps are all taken from bottles of Tannenzäpfle, a beer brewed in Baden-Württemberg; the title of the series, “Gentrified Mushroom Field,” mimics the German word for mushroom, Pilz, but spells it as “Pils,” after the beer style. The would-be mushrooms, covered in gold foil, are placed in carefully ordered rows. (“That’s the gentrified part,” Metulczki says.)

The bulk of Metulczki’s artwork, however, is his series called “Trinkgedächtnisse,” or “Drink Memories.” Featuring different styles of glassware, from the classic Pilsner glass to the narrow German stange and the bulky Czech půllitr, the paintings are set in unnamed, unpopulated cafés, pubs and restaurants. But in almost all of them, what’s in the glass is the same. “Most of them are Pils beers,” Metulczki says. “For me, as a painter, it’s important that the beer is clear. The cloudier beers, the Kellerbiers and so forth, are not so interesting. Naturally, I drink them, but as a painter I prefer Pils.”

Done in acrylic, the series employs the classical glaze technique, using multiple layers—usually about 10—of both paint and shellac. The result is a sharp, photo-like painting of a brightly illuminated glass of beer that almost seems to be glowing. “You have the layers on top of each other, and since it’s fairly clear, the bottom layers shine through, adding a lot of depth,” Metulczki says. The shellac adds a light amber tone, he says, which gives the painting a slight patina. “I think it works really well with the theme of these old pubs in Bavaria and Bohemia. They also have a patina from smoke, and from years of use.”

Old pubs also inspired the dripped paint on the thick sides of the canvas, which Metulczki describes as an artistic decision. The painting shouldn’t be “clean” he adds, but it should feel as if people live there. That said, most of the “Trinkgedächtnisse” paintings do not include human figures. Instead, the scene—one or two glasses, often half-full, on a table—is meant to hint at some kind of unknown story. ■ 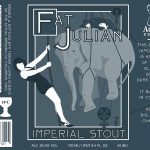 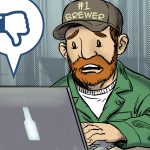 Next: Come Out From Behind Your Firewalls
Tags: Art, Germany, Glassware, Metulczki, Pilsner