Better by Degrees: Why Cold Storage Matters to Your Beer 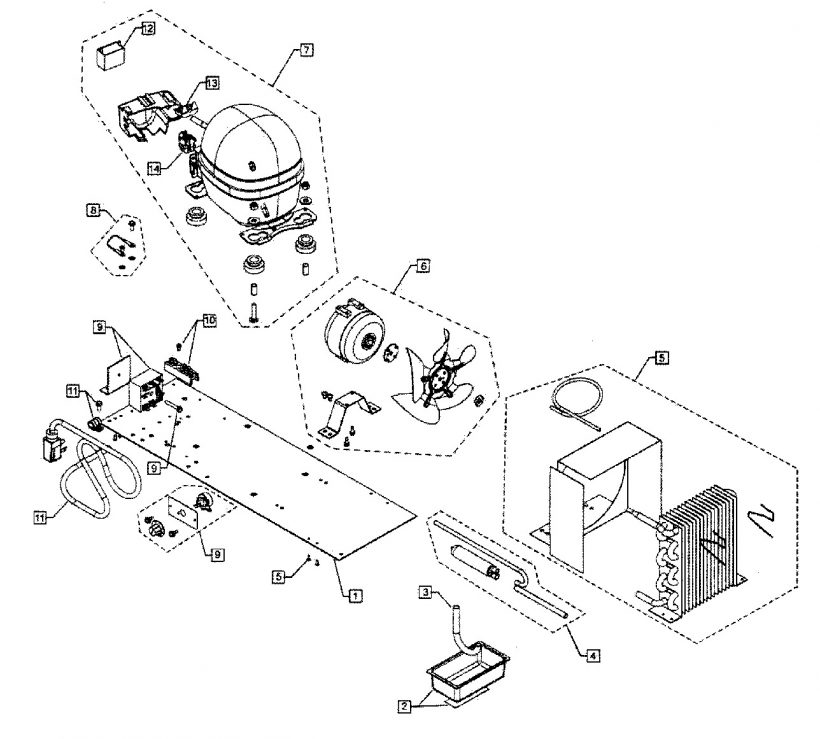 In the summer of 1805, perhaps remembering a particularly cold New England morning, Frederic Tudor had a thought. Observing the many small bodies of water scattered around his native Massachusetts, he decided there was profit to be made by carving up pond ice and selling it to customers in the Caribbean. For people who wanted to preserve produce and chill beverages, he had a solution. It took a large investment, a lot of physical labor and almost two decades before his wild idea began to pay off in any significant way, but by the mid-19th century, ice harvesting was big business. The Tudor Ice Company, and others like it, had succeeded in convincing the world that frozen water was a necessity.

Well before Mr. Tudor hatched his business plan in the United States, brewers around the world understood the importance of temperature control. Beer, of course, is perishable, and it also tends to taste better closer to the source. Faster transportation (railroads) and better technology (refrigeration) helped some of the largest American breweries expand and prosper in the late 19th century, turning them into icons. In fact, the synonymity of ice-cold beer and some of these brands persists into the present.

But today, craft breweries of all sizes are responding to the consumer demand for variety by shipping their beer to far-flung accounts. So how do breweries maintain the condition of their beer, please fickle customers and simultaneously grow their brands? The answer, as Frederic Tudor would gladly point out, is cold storage.

“Very simply, cold storage has always been an important component—though certainly not the only one—in ensuring that our beer gets to the consumer in the best shape possible,” says Eric Ottaway, general manager of Brooklyn Brewery.

Fortunately for Ottaway and his colleagues in the industry, the cold transportation infrastructure, from trucks to warehouses and containers for ocean shipping, has improved dramatically since Tudor loaded his first ship with blocks of Massachusetts ice. In fact, technological advances at almost every point in the supply chain have greatly enhanced a brewery’s ability to deliver a quality product to market. One such advancement comes from a Minnesota company called Entropy Solutions, which manufactures PureTemp, products that maintain temperature by shifting between solid, liquid, and gaseous states. Relying on renewable phase-change materials made from vegetable-based fats and oils, PureTemp is all natural, biodegradable and toxin free. Among applications like heating buildings and transporting medications, PureTemp can also be used to keep beer at 1/10 of a degree above the temperature at which it will turn into liquid slush, and maintain that temperature for extended periods of time.

“The real unique thing here is that people have been using standard refrigeration and ice to maintain beer temperatures,” says Steve Skallerud, spokesman for Entropy. “We offer an alternative that lasts longer, holds temperature in a tighter range and is customizable to the qualities of individual beers.” In other words, Pilsners can be stored at one temperature, while an Imperial Stout can be maintained at another—there’s “limitless temperature alternatives,” Skallerud says. The PureTemp panels (dubbed “Chillin’ Brew”) can be used in beer trucks, warehouses, personal coolers and draft lines. 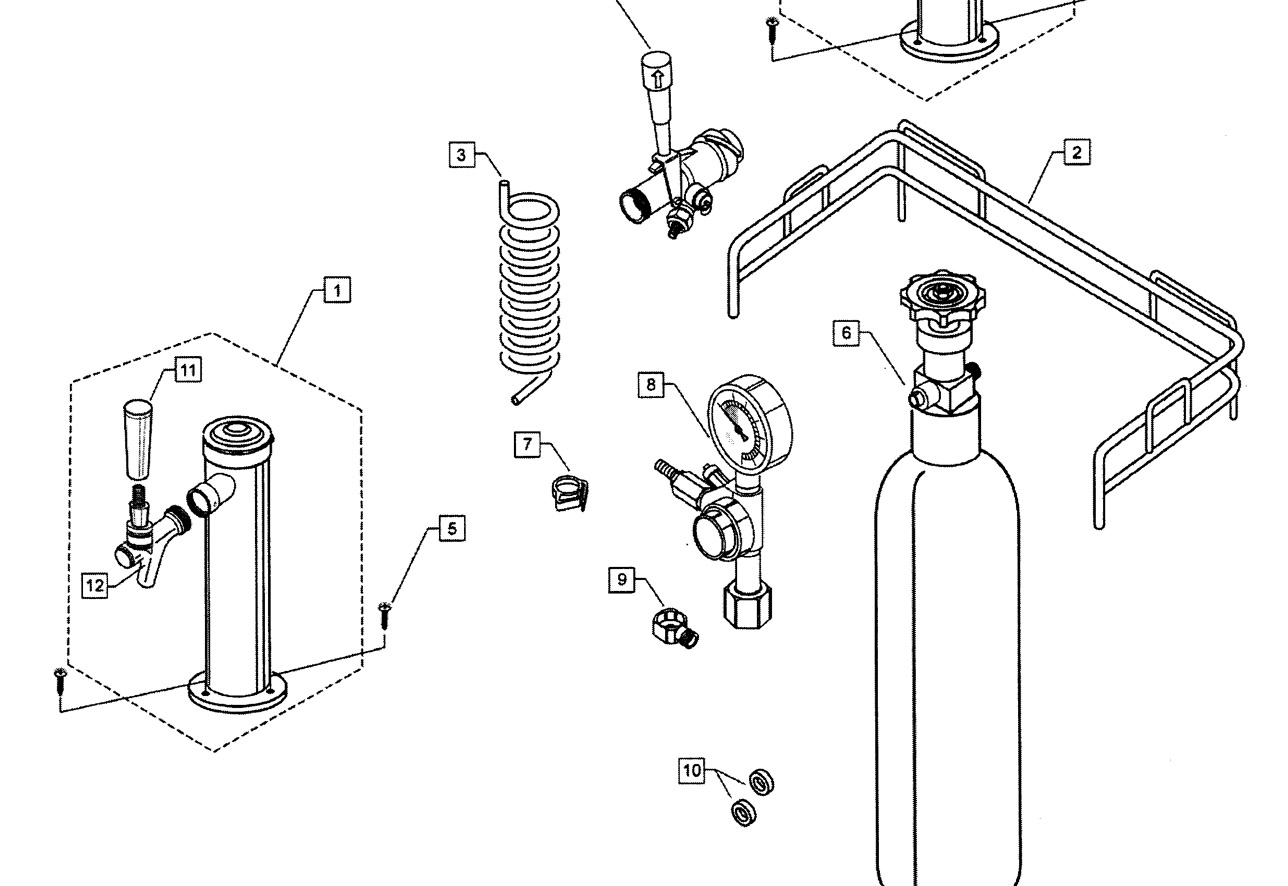 As recently as 30 years ago however, things were much more low tech. “When I first started Samuel Adams, I drove my car around Boston with a briefcase full of Samuel Adams Boston Lager, kept cold by two blue cold-packs, hoping bar owners would want to try my beer,” explains Jim Koch, chairman and founder of the Boston Beer Company. “At one point, wholesalers did not cold-store bottles of Samuel Adams or most other craft beers. But now, most wholesalers understand a fresh beer equals a better drinking experience.”

Koch requires distributors to store Sam Adams brands at about 36°F. And thanks to technology that lets trucks monitor temperature, broadcast their location and in some cases, do both, the brewery can make sure their requirements are being met.

“Very, very roughly, the speed of taste degradation doubles with every 18-degree rise in temperature,” explains Koch. “We’re seriously concerned with freshness because it affects the taste of our beer. Drinking a two-week-old or even three-month old Boston Lager is a very different experience than drinking one that is five months old and therefore past its freshness date. If a drinker doesn’t experience a fresh, quality beer, they may not ask for another.”

Ken Grossman, the president and founder of the Sierra Nevada Brewing Company in Chico, Calif., agrees. “Cold increases flavor stability and drinkability, but beer at the top of a pallet can get up to 75 or 85 degrees,” Grossman says, referring to beer being stored in unrefrigerated warehouses and trucks. “Over time, undesirable flavors and aromas form—especially if the driver decides to spend the day gambling in Nevada, which has happened.”

Now, Grossman employs vehicle tracking and temperature transmitters installed at their distributors’ warehouses to keep informed of potential issues as they arise. He maintains that Sierra Nevada has required cold storage for many years now, but today his nearly 1 million-barrel brewery uses a central interface to monitor GPS information and temperature readings from their partner trucking companies.

“We don’t just get hung up on code dating,” Grossman says. “Temperature is just as important. Rate change is accelerated by heat, so to some degree, the colder the better. Although some beers will throw a chill haze, which may be a put-off for some people.”

Even with modern improvements though, challenges remain. Besides heat, light and oxygen are the two other antagonists working together to shorten beer’s life span. “Highly hopped products are a challenge to maintain fresh tasting, since hop aroma degrades the quickest,” notes Ottaway. “The best thing we can do is keep the supply chain as tight as possible, and do everything we can to ensure the lowest oxygen pickup in bottling as possible.”

Fragrant and fragile, hops also require cold storage between harvesting and brewing. In general, warmer conditions accelerate the loss of aroma compounds as well as precious alpha acids. But when refrigerated in oxygen barrier bags, hop pellets can last two to three years, or up to five at freezing temperatures. This is especially critical to larger breweries like Brooklyn and Sierra Nevada or, bigger still, Anheuser Busch. From 1990 to 2004, FW Warehousing, a storage, distribution, and logistics company in Sauget, Ill., provided the macrobrewer (now AB InBev) with a climate-controlled environment for approximately 3 million pounds of hop bales from Europe and the Pacific Northwest.

Not only did the custom freezer preserve the alpha-acid integrity of the hops, it also addressed another problem that can occur when hop bales weighing hundreds of pounds are stacked on top of one another: spontaneous combustion. “The brewers back in the late-19th century and beyond did not have access to frozen storage, so they would use a long thermometer and have to routinely sample the core temperature of the bales of hops in their warehouses,” in order to prevent the bales from combusting, remembers John Cusumano, one of the principals at FW Warehousing. “Eventually they switched to pellets and didn’t need us anymore.”

For all the technology involved, cold storage is only as effective as the system it’s a part of.

“A chain is only as strong as its weakest link,” says Chad Wodskow, brand manager for imports at Tenth & Blake, a division of MillerCoors. In 2012, Pilsner Urquell, which Wodskow oversees in the US, launched the “Express Shipped Cold” initiative to reduce transit time by as much as half, controlling the beer’s aging process to ensure the freshness of their classic Czech Pilsner. Says Wodskow, “Lab tests show that we can extend the age of Pilsner Urquell by storing it at 32°F,” but shorter transit times and proper inventory management are just as important to their ultimate goal: “selling beer the way ‘the brewmaster intended it.’”

It sounds like a refreshing idea. And one that Frederic Tudor would’ve approved of. ■ 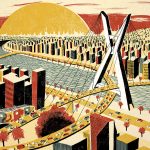 Previous: Where to Drink in São Paulo, Brazil 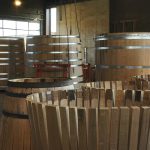