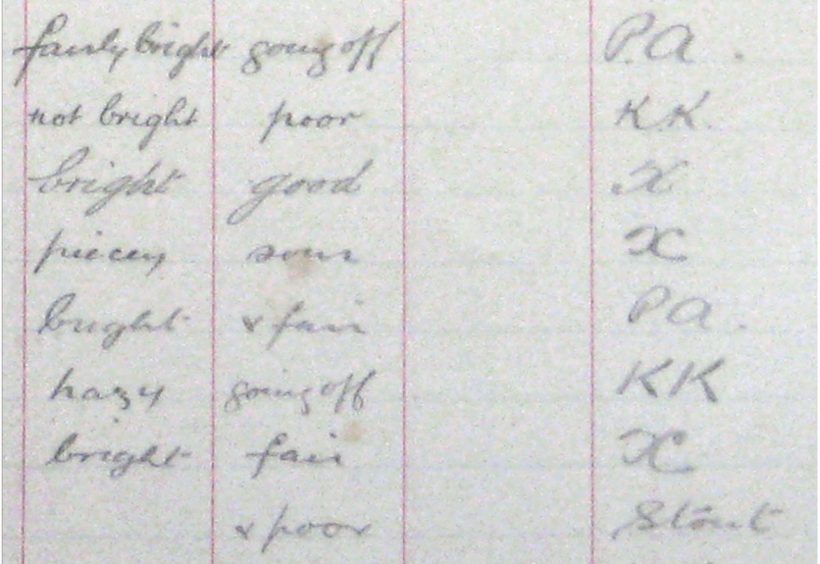 Cask beer I expect to be clear. Not diamond bright like a filtered lager, but definitely lump free. Haziness was a valid reason to return a pint in my young days. Handing back a cloudy pint was easier than returning a vinegary one, ironically. The staff couldn’t claim, “That’s how it’s supposed to be, mate,” when the beer was as thick as soup.

I love Whitbread. They preserved their brewing records and those of the breweries they bought. And they created one of the most useful documents for anyone interested in the history of British beer: their Gravity Book. In it, they documented thousands of samples of competitors’ beers, from the early 1920s to the late 1960s. There’s OG, FG, color and acidity. But for a few years in the 1920s, there were two more columns: appearance and flavor.

These provide a rare insight into the quality of draft beer in London almost 100 years ago. The results aren’t encouraging if you’re planning a holiday in the 1920s. In the table are the results for three of the most popular draft beers: Mild, Bitter (Pale Ale) and Burton. Slightly fewer than two out of three had a good flavor. But clarity was even worse: Just more than 50 percent were bright.

Your chances of getting a pleasant, clear pint were even worse than those figures suggest, because the cloudy ones didn’t always taste bad, leaving your chances of a faultless pint at below 50 percent.

There’s an enormous variation between breweries and between the different styles at the same brewery. My advice: Steer well clear of City of London Mild, as 75 percent of the examples had something wrong with their flavor, and barely a third were clear. Ironically, Watney, reviled by the Campaign for Real Ale (and me) in the 1970s, has a score of 100 percent for the flavor of their Bitter, with every single example good or excellent.

If you were only interested in clarity, you were best off with Mild. While if flavor was your thing, that was the worst option. With Burton, it was the exact opposite, a less than 50-percent chance of a bright pint, but a two-in-three chance of a pleasant-tasting one.

This could explain why so few of the examples were bright:

“Apart from the filtered beer delivered to licensed houses, the practice of fining the beer in the cellar of the retailer has diminished and though in London the practice still is maintained to a considerable extent, by far the greater part of the beer supplied is fined in the brewery before delivery to the customer. The character of the finings themselves has also been greatly improved, the old form of finings made with acid beer having given way to those prepared under strictly hygienic conditions.”
Journal of the Institute of Brewing, Volume 42, Issue 6, November-December 1936, page 522.

With publicans fining beer themselves, there was plenty of room for things to go wrong. Publican error probably accounts for the majority of the faults. Brewers complained bitterly of the treatment their beer underwent once it left the brewery and were frustrated by their lack of control over the product presented to the customer. The same is still true of cask beer.

What results would a series of random samples of London cask beer deliver today? Better clarity, I’m sure. But I doubt more than two-thirds would be sound flavor-wise. Not everything has gotten better over the last century. ■ 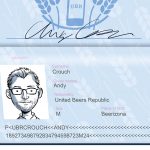 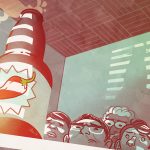