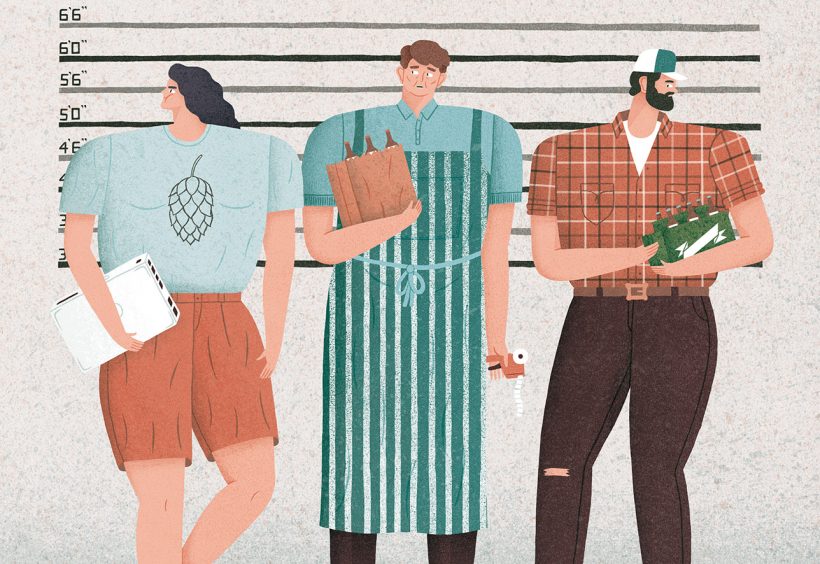 “Eighty-thousand dollars!” boasts Burt Reynolds about how much he and his partner stand to make if they get a truckload of Coors beer from Texas to Georgia. Pumped full of testosterone and product placement, 1977’s Smokey and the Bandit depicts the very real underground business of bringing highly sought-after, unpasteurized Coors Banquet east of the Mississippi where it wasn’t distributed. The movie introduced the world to the post-Prohibition bootlegger, that shadowy figure who’s since traded the truckloads of Coors for Craigslist ads and under-the-counter sales.

“Heady Topper. Impossibly hard to find. $60 each,” claimed a recent Craigslist post. The top-rated Double IPA from Waterbury, Vt., had seemingly found its way to Orange County, Calif., to be sold at the exorbitant price of $3.75 a sip. Heady Topper isn’t officially sold outside the state it’s brewed in. In fact, it’s not even sold beyond a 30-mile radius of The Alchemist brewery. But countless craft beer aficionados know how to get their hands on some Heady. And judging by photos posted online, some aren’t exactly shopping for personal stashes alone.

Last December, a woman was arrested for selling 120 cans of Heady Topper to undercover officials from Vermont’s department of liquor control. They had negotiated her down from $1,250 to $825 (roughly $7 a can) after finding her post online. (In stores, a four-pack usually goes for $12.) Then, upon exchanging money and beer in person, they arrested her in a cold Vermont parking lot.

“The hilarious thing, to me, was that she’s a lawyer,” says John Szymankiewicz, a lawyer in North Carolina who represents craft breweries and bars, and runs beerlawcenter.com. “And her statement boils down to: ‘Well, I didn’t know I couldn’t do that.’” The Heady Topper bandit eventually got off with a slap on the wrist.

What lies at heart, says Szymankiewicz, is the goal of each state’s Alcohol Beverage Control (ABC) agency to protect consumers, and regulate the production and sale of alcohol. If you’re selling a product without a liquor license or selling beer that’s not distributed to that state yet, you are breaking the law. In addition, some states have alcohol cap laws. That means if you are bringing in a 12-percent ABV beer to a state with an 6 percent alcohol limit for beers, you’re also breaking the law.

What about trades? BeerAdvocate.com has been supporting trades for years as a way of sharing the love and evangelizing to new craft beer drinkers.

“Trading beers has been seen as kind of OK. Most ABCs and the federal government think of trading as, ‘it’s like they’re giving each other gifts,’” explains Szymankiewicz. “It’s when sales start happening and money changes hands that the problem starts.”

The Heady Topper Craigslist poster is certainly targeting the right region. Southern Californians may be swimming in one of the most dense craft beer markets in the world, but beer geeks are still foaming at the mouth for brews their state does not yet distribute.

One liquor-store owner in Southern California, who prefers not to be named because of past trouble with his ABC, has brought in beers from Boulevard, The Alchemist and Bell’s—none of which distribute in the state—at a one-per-customer limit. But he has to be careful whom he sells it to.

“Yeah, I sold Heady Topper to my regular customers,” he says, “but not to the riff-raff.” The latter category, he explains, is reserved for the vitriolic commenters on his store’s social media pages and for the customers he’s had to ban from the business over personal disputes. “One of them called the ABC on me,” he says.

His chief complaint is people—mostly those he’s never seen before—who come in to buy up the rare beer and nothing else. Bounty hunters who resell the beer for a whole lot more, he says. “How’s that good for business?” he asks. “These guys offer to buy out all of that beer and I say no, I have other customers who want some.” So for beers like Bell’s Hopslam, he limits sales to one per customer, and for the most-hard-to-come-by releases, he imposes a “buy 11 beers, get one rare beer” clause. “If you want to be my customer, you got to show me the love.”

Plenty of beer advocates out there are grateful to the retail Robin Hoods who are risking their businesses and gambling their licenses by selling rare beers to loyal customers, or offering illegal beer to attract new beer geeks. But who stands to lose? “The distributors, for one,” points out Szymankiewicz. “They have a tremendous issue with this. They’re being side stepped. If folks are going around them get and then sell beer, it shorts the circuit.”

“Doing that kind of thing totally undercuts the distributor, who you want to have a good relationship with,” a bar manager recently told me, choosing to remain anonymous due to the sensitivity of the topic. “Why would you want to put your license in jeopardy?” he asked almost angrily. “It’s just plain stupid.”

But many consumers, like Dan Moit, a physical therapist living in Chicago, see the three-tier system as working against them. Regulations have no place in a “voluntary exchange where both parties perceive a benefit,” says Moit. “The notion that government regulation is there to protect the consumer is nonsense used to sell the program to the gullible public.”

Total Wine and More is a wine and beer mega-retailer with stores in 16 states, and distribution around the country. Being big also means Total Wine can cut some big deals. Total Wine is able to offer beer in states where it isn’t yet distributed because the store has arranged special deals with breweries, state authorities and distributors.

It’s not so much a loophole at all, says Szymankiewicz, the beer lawyer. “Any retailer could probably do the same thing.” The limiting factors are money and effort, he says. Total Wine pays to have the beer registered with each state’s labeling authority, arranges for a distributor to work out a deal with the brewery to bring in the beer, and finally sign a contract and purchase the beer from that distributor. Which means Total Wine isn’t side stepping any of the players in the three-tier system that is used to sell most beer in this country.

Plenty of liquor stores, bars and consumers would be happy to work around what is criticized as an antiquated and flawed system of middlemen, fees and delays—not to mention problems ensuring freshness and maintaining a cold chain. But at the same time, the system has allowed countless craft breweries to deliver their creations—perishable, it should be noted—to consumers across the country.

“We feel like a lot of it is out of our control,” says Jen Kimmich, co-owner of The Alchemist (conceding that, “ironically, it is a bit of a compliment”).

It’s great having people drive hundreds of miles to buy Heady Topper, chimes in her husband and Alchemist brewmaster John Kimmich, “but our priority is keeping our local accounts stocked with the freshest beer possible. We’re sorry if you’ve driven all the way from Kentucky and the beer’s all gone.” And if someone manages to get it back to California or Florida, or wherever, via snail mail or UPS Ground, “at that point, the beer is a shadow of what it once was,” he explains. “Come here and have it fresh!”

Sitting around The Alchemist’s second-floor conference table, surrounded by their tired yet lively employees, the Kimmichs ponder their brewery’s future aloud. The emphasis will be on local; it always has been. So even though they’re opening up a new cannery and releasing two new beers, production will be capped at 9,000 barrels a year.

The Alchemist has issued authorized retailer stickers to Heady Topper salespoints to guarantee their consumers are getting the freshest beer possible. What people do with the beer beyond those salespoints is out of their hands—as it is for all breweries. When she heard someone was arrested for selling Heady Topper, Jen says she was practically sick. “We don’t want to get anybody in trouble.”

Brewers may relinquish control once a shipment leaves the loading dock, but the black market—both online and in stores—puts the consumer at even greater risk of ending up with an overpriced bottle of stale beer.

“Without a trusted chain of custody for the product, who’s to say what beer is in that bottle? Or how it’s been treated along the way?” says Szymankiewicz. “That can lead to consumers getting substandard or even adulterated product.” ■ 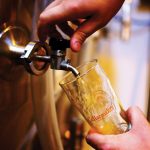 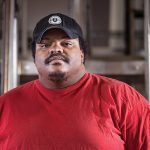