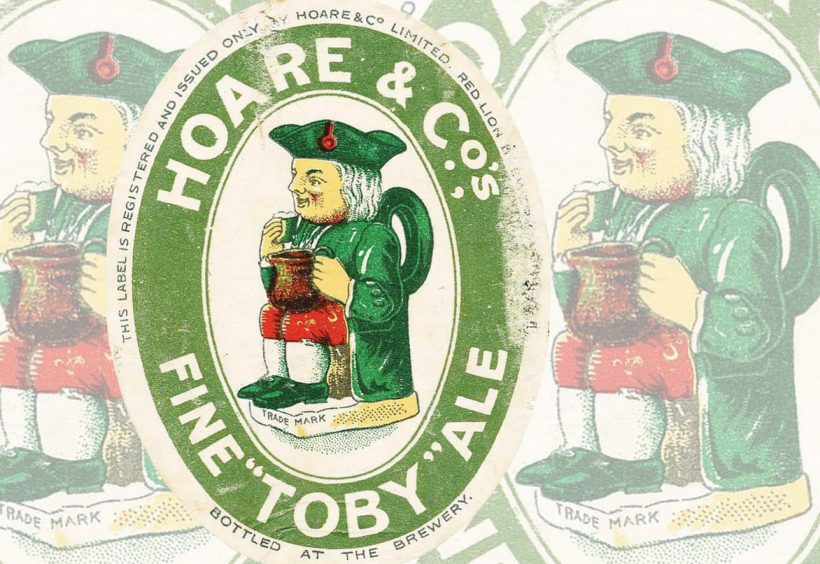 Many of the big names in London brewing made it past World War II, and their names still resonate today. But the oldest of London Porter breweries has almost completely faded from memory.

When it closed in 1934, Hoare and Co. was one of the oldest businesses in London, dating back to Tudor times. The first reference to their Red Lion brewery is a license issued by Henry VII in 1492 to a Flemish-beer brewer named John Merchant. The beer that was brewed there in its earliest days is highly significant: It was Brown Beer, in the form of Porter, which brought the brewery its greatest renown.

The brewery was located next to St. Katherine’s Dock, just east of the Tower of London.

“Hoare’s brewery and St. Katharine’s Docks are both near enough to the Tower to be knocked to pieces by its artillery — about the only use those formidable engines, which meet the eyes of the passer-by, could be put to.”
Noted Breweries of Great Britain and Ireland, vol. 3, Alfred Barnard, 1890, page 51.

Today, the site is home to a block of apartments, and not a trace of the brewery remains. The Hoare family only became associated with the Red Lion brewery in 1802. Before that, the brewery had a variety of owners, most notably the Parsons and Goodwyn families, who were in control during its 18th-century Porter-brewing glory years.

Though of a substantial size, it was never quite in the same league as major players like Whitbread, Truman or Barclay Perkins. The Red Lion’s output peaked in the 1790s at just under 100,000 barrels a year. Market leader Whitbread brewed more than double that amount.

Like many brewers, Hoare struggled in the years leading up to World War I. Brewery profits were squeezed due to falling beer consumption and new taxes imposed in the 1909 People’s Budget. In 1912, a proposed merger with another of London’s oldest breweries, the City of London Brewery, fell through, though it did eventually take place in 1926. But the acquisition wasn’t enough to secure the brewery’s long-term future.

Despite the energetic leadership of shipping magnate Sir John Ellerman, the company ran into financial difficulties in 1931—another troubled year for British brewing, when Philip Snowden’s emergency budget raised the tax on a standard barrel of beer from 80 shillings to 114 shillings. Beer consumption slumped, adding to the financial pressure on Hoare.

Early in 1933, the company received two offers from rival London brewers: one from Taylor Walker and the other from Charrington. The board decided to accept the latter, and within a year the Red Lion had closed after almost 450 years in operation.

There is still one reminder of Hoare: their Toby jug trademark. Charrington adopted it and, despite their brewery having closed decades ago and the group they belonged to—Bass Charrington—having been sold and split up, it lives on in the form of Toby Inns, a chain of food-oriented pubs.

Hoare wasn’t the last long-established London brewery to close. By the end of the century, there were only three breweries of any size left in the capital: Mortlake, Fuller and Youngs. Little remained of what had once been the center of world brewing. In recent years, Truman has been reborn; will the Hoare name ever return? ■ 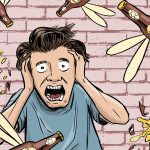 Previous: Resisting the Novelty of Newness 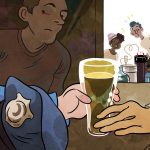