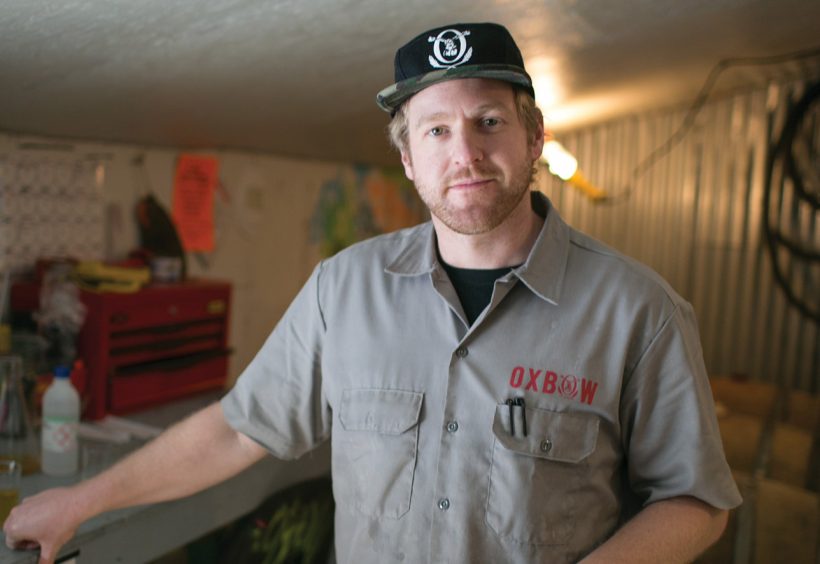 The Oxbow brewery sits on 18 acres in mid-coast Maine. The brewhouse is housed in an old barn. Tim Adams, Oxbow’s co-founder and head brewer, brews for a living because he believes beer is an amazing culinary creative outlet. He focuses on putting innovative American spins on classic farmhouse styles because he’s brewing in an actual farmhouse, and because, he argues, there’s no better playground for a brewer to work in. “Some styles are very closed, with rigid guidelines,” he says. “Farmhouse ales are the opposite. It was important for us to choose a focus, and we chose one that allows lots of room to play and experiment.”

1. Express yourself
Tim Adams’ formative tastes in beer came continents apart: He grew up on Asahi and Kirin Ichiban in Japan, and dove into the American craft scene in Colorado Springs, drinking pints from Bristol Brewing Company and homebrewing in a Colorado College dorm kitchen. Years spent traveling for jobs in beer sales and marketing taught him “who I was as a beer drinker, and what I was passionate about.” Adams wound up dialing in on rustic Belgian styles. His friends Geoff and Dash Masland had acreage, and an empty barn. They came together to found Oxbow in 2011, and now Geoff is also the director of business operations. “A few stars aligned,” Adams says. “The flavors we were making, the location—it was a fun brand that was genuine expression of ourselves.”

2. Put the emphasis on the farm
Adams has plenty of friends who make great Farmhouse-style ales in industrial park warehouses. Still, he insists that the farmhouse brewery is a very specific creature, one that needs a physical farmhouse to thrive. “Authentic farmhouse brewing requires a rural location and well water,” he argues. Adams believes that the terroir of the Maslands’ property makes Oxbow’s beers what they are; the recipes fully clicked, he says, when he began brewing with Maine well water. He still thinks the beers taste best when they’re connected to the land they spring from—when they’re tasted with the well underfoot, the barn roof overhead, some local cheese at hand, and the farm’s pigs and chickens running around outside.

3. Respect, don’t imitate, the classics
Traditional Belgian styles have an enormous influence over the way Adams brews. So do classic German, Czech and English recipes. Adams respects them so much he won’t try replicating them. “Dupont already exists,” he argues. “When people are doing the same things that have already been done, you’re not necessarily enhancing the improvement of beer as a whole around the world. I love, love, love the classics, I drink them all the time. The inspiration comes from the traditional flavor profiles. The American twist is how we put our own original touch to them, how we make our personal contribution to the world of beer.”

4. Mash it
Oxbow’s flagship beer, Farmhouse Pale Ale, is a mashup of the Belgian and American brewing traditions, a Saison that’s hopped like a West Coast-style Pale Ale. Along with Mike Fava, Adams’ “right hand man in the brewhouse,” Adams layers buckets of late-addition Centennial hops on top of a classic base of European Pilsner malt. “It’s a simple combination, but it works great,” Adams says. The recipe hinges on the meeting of two distinct citrus notes—the resinous citrus of the hops, and the brighter, spicy citrus Oxbow’s farmhouse yeast leaves behind. “When it was time to choose our flagship, I was brewing lots of Pales, lots of Saisons, and the combination of the two was the perfect answer.”

5. Find a moveable balance
More Farmhouse Pale Ale winds up in Oxbow’s oak barrels than any other recipe, and Adams’ handling of those barrels shows what he’s after in Oxbow’s barrel-aging program. Adams has varying vintages of Farmhouse Ale aging on oak and Brettanomyces. When he bottles a batch, he blends the different vintages to triangulate a set of flavors: lingering hop notes, vanilla from the oak barrels, and earthy funk from the Brett. He tries to keep the beer’s components in harmony, even as the unpredictable nature of barrel aging moves the final target. “Every batch isn’t going to be the same. Exact consistency isn’t a top priority here, as long as the components are in balance.”

6. Work with what you have
Farmhouse Pale Ale keeps the lights on at Oxbow, but the brewery’s first beer wasn’t its hoppy standby; it was the funky, sour Arboreal. The recipe was partly a product of circumstance: Oxbow’s fermentors weren’t hooked up on that first brew day, so Adams cooked up a bigger recipe along the lines of a Flanders Red Ale, and fermented it with Brettanomyces and lactobacillus in some bourbon barrels he had lying around. The barrel notes are bigger than in most of Oxbow’s aged beers, and the malt bill is heavier than usual, but both factors work to round out any jagged acidity in the beer.

7. Throw it back
Oxbow is trying to lead a revival around Grisette, a style traditionally favored by Belgian coal miners that has almost disappeared from commercial production. The literature around the style doesn’t provide a clear ingredient list, so Adams seized on the beer’s origin as a hoppy, low-alcohol quencher for miners, and worked backwards from there. Oxbow’s versions contain local spelt and are heavy on wheat; one, Loretta, leans on classic European hops, while the second, Grizacca, embraces juicy American hops. “Nine times out of 10, a really refreshing, hoppy Blonde beer is what I want to drink,” Adams says. “Grisette was a farmhouse representation of that style, and the fact that it wasn’t a well-known style was really appealing.”

8. Keep your locals funked
Oxbow beers are firmly rooted in coastal Maine, and Adams and co-founder Geoff Masland have pursued a two-tiered growth track that emphasizes growth at home first. When Oxbow ships beer out of state, it’s to outlets run by beer geeks whom they trust to treat their beer well. So they’ll sell to handfuls of beer bars in Philadelphia, Baltimore, New York, Vermont and Washington DC. They just began shipping beer to Copenhagen, Barcelona and Rome. But the emphasis remains on maintaining a wide footprint inside Maine, and converting new farmhouse drinkers at home. “We’re educating a lot of Mainers about how beer can taste,” Adams says. “There are a lot of rural folks who weren’t drinking craft beer, and who have gone straight to funky Saison.”

9. Set down roots
The old Oxbow barn is bursting at the seams, so the brewery is in the middle of opening up a new warehouse space down the road, in Portland. The expansion will allow Oxbow to increase production on multiple fronts. Barrels will move down to Portland and multiply, opening up room for new stainless fermentors in Oxbow’s Newcastle barn. Bottling runs will increase. The barn is also getting a new coolship. Oxbow’s spontaneously fermented beers will meet up with the cherries, raspberries, blueberries, blackberries and elderberries growing outside, in Oxbow’s orchard; from the well water to the wild yeast, to the homegrown fruit and honey, the spontaneous beers will be products of their particular place. To Adams, that’s what farmhouse beer is supposed to be. ■ 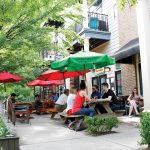 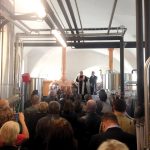