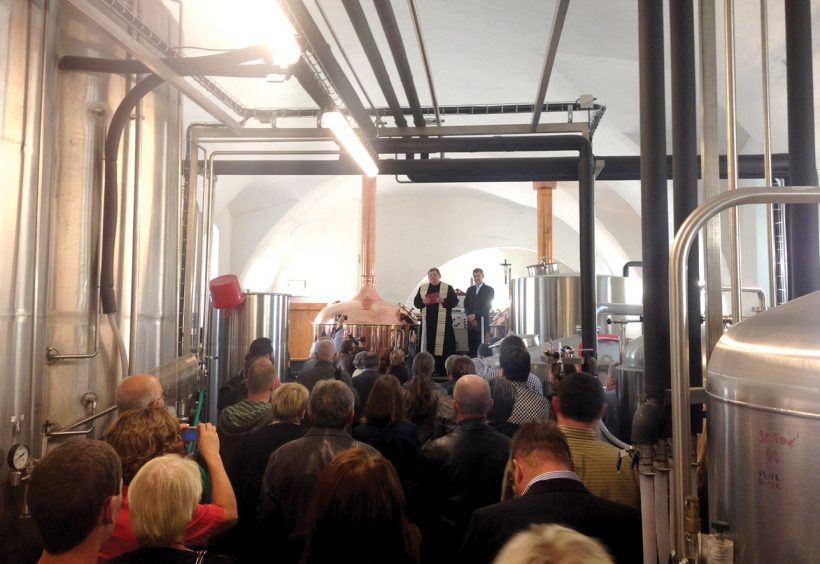 With any Czech beer, the first question is generally: “What the hell do you call this stuff?”

That’s certainly the case with Brevnovský Klásterní Pivovar Sv. Vojtecha, which—like a lot of Czech breweries—seems like it has too many names. There’s the official one, which means “The Brevnov Monastery Brewery of St. Adalbert,” after the saint who founded the Czech Republic’s oldest cloister. You could call it Brevnovský Pivovar, which means Brevnov Brewery, though the beer itself is officially called Brevnovský Benedict, followed by other Czech words describing the beer’s style, which makes for quite a mouthful even before you taste your first sip. You could just order a Vojtech or a Brevnov and probably get what you want, though most of us ask for a Benedict. So the answer to the first question is “lots of things.”

A second question arrives along with your glass, which bears the brewery’s claimed founding date in the year 993. That’s more than a thousand years ago, still in the Dark Ages, so long past that all contemporary evidence of the brewery’s existence at the time has disappeared. It’s even earlier than the founding of the world’s oldest continuously functioning brewery, Weihenstephan, which started in 1040. And the new brewhouse was only installed at Brevnov Monastery a couple of years ago. So when you raise your glass to your lips and see the year 993, you have to ask yourself if Brevnovský Pivovar is pulling one over on you.

That’s when you get to the third question, right after your first sip. And that question is: “How on earth does this stuff taste so good?”

The Nicest Barn in Europe
One of four owners and the person in charge of day-to-day operations, Petr Janík is the guy who answers questions at Brevnovský Pivovar. When I ask him about the brewery’s founding date, he’s very forthcoming: After beginning installation work in 2011, the brewery officially opened in 2012, replacing an earlier, torn-down brewery at the monastery, which closed in 1889.

“That was actually a brewery for top-fermenting beer, for wheat beer,” Janík says of the earlier setup, noting the lengthy tradition of making wheat beer in Bohemia, the western part of today’s Czech Republic, which lasted until the arrival of the Pilsner style in the mid-to-late 19th century. “The cellars for beer still exist over there, under the other monastery buildings, but they’re not set up for lager brewing.”

Although there are monks at Brevnov Monastery today, these brothers don’t brew; the current Brevnovský Pivovar is privately run by Janík and his partners. That might sound like a newfangled arrangement, but Janík notes that the monastery brewery was also leased to private brewmasters in the 19th century. Brevnovský Pivovar runs in the same tradition: Although the brewery building is still owned by the monastery, Janík and his partners have a long-term lease, and they paid for the reconstruction and installation of the brewery themselves.

Reconstructing an old building in Prague is never quite that straightforward. The brewery Janík and his partners replaced wasn’t the original one from 993—we’ll get to that in a minute—but a different brewery that had been installed when Brevnov Monastery was rebuilt in 1720. The architects were Christoph Dientzenhofer and his son, Kilian Ignaz Dientzenhofer. In terms of renovation work, their last name roughly translates as “it’s going to be complicated.”

Because although the Czech capital is home to architecture ranging from Romanesque to Postmodern, Prague really hit its stride in the Baroque era, covering both sides of the Vltava River with grandiose palaces and sculpted cathedrals that look like oversized wedding cakes. The most important architects of the Baroque era here were the Dientzenhofers, who created many of the city’s most ornate buildings. The historical importance of the Dientzenhofers meant that Brevnovský Pivovar was subject to approval processes at every stage of construction. Even if what they wanted to renovate was more or less a barn.

“Because it’s a protected building, we had to follow the recommendations for the restoration very carefully,” Janík says. “And we had to wait for approval from the local offices for each step.”

The resulting construction took over a year and a half from commencement in early 2011, turning a registered Dientzenhofer building that had originally held cows—an architecturally significant barn—into a modern microbrewery. When Brevnovský Pivovar was finally ready to brew, they put both dates, 993 and 2011, on their logo.

A Saint, A Pope & A Prohibition
That’s when that second question—993: O RLY?—pops into your head. Although the brewery they replaced was from 1720, that brewery was itself a replacement for one that had probably been installed when the monastery was founded in 993, and which was destroyed in 1420 when the monastery was sacked by religious extremists during the Hussite Wars. You want to say “probably” about the original brewery, because we’re talking about the Dark Ages; many people in this part of Europe were still worshipping pagan gods at that point, and almost every document from that era has long since turned into dust. So how can they claim a founding date of 993?

“There are no papers still around from back then, it’s too long ago,” Janík says. “But what we do have is a document from the middle of the 13th century that we found in the monastery archive.”

That document? A papal bull, addressed to the bishop of Brevnov Monastery. In it, Pope Innocent IV—pope from 1243 to 1254—writes that he is striking down the old prohibition of St. Adalbert: a ban in Prague on the sale of beer other than the beer that was brewed at Brevnov Monastery.

So no, they don’t have the original founding document from 993, but a circa-1250 letter from the Pope himself gets us pretty close. When you consider that St. Adalbert issued the original ban and that St. Adalbert died in 997—his tomb lies just down the hill from Brevnov Monastery—that thousand-year-old founding date starts to seem pretty reasonable.

Old-Bine Hops
But that still doesn’t answer why Brevnovský Pivovar’s Pale Lager—a style that is called Pilsner in other parts of the world, though not in the country where Pilsner was invented—tastes so strangely delicious. It’s a Pale Lager that’s as hoppy as many Pale Ales, nutty and richly malty, with an unusual note of fragrant spice in the finish. So what makes it different?

“We use an old version of Saaz hops,” Janík says. He explains that a friend of the brewery’s owners inherited an old Saaz hopyard. Though most hop bines here are replanted every 20 years or so, this particular hopyard was some 70 or 80 years old, a highly unusual situation. If the wine world has “old vine” wines, these are “old bine” hops, and the flavors they produce are not like anything else coming out of Saaz—or anywhere else.

“It has a different aroma from standard Saaz, and it has much lower bitterness. Regular Saaz has 3- to 4-percent alpha acids, while ours has only around 2 percent. The taste and aromas are different. It leans toward nettle.”

When you taste it, you immediately see what Janík is talking about. There’s an aroma of stinging nettles, definitely, along with the cedar notes of classic Saaz. But there’s also something else that is reminiscent of Gewürztraminer wine, or as if a bag of spicy roots somehow ended up in the mash. It’s strange, but makes Brevnov’s beers a style all their own.

For now, tasting that strange brew is a rare occurrence: Brevnovský Pivovar has an annual production of just 3,000 hectoliters, or about 2,500 barrels. Most of the brewery’s production is its Pale Lager, but the brewery has sidelines including an Imperial Stout, a Baltic Porter and an IPA, all rarities here in lager-loving central Europe. For the moment, however, none of the brewery’s beers are regularly exported out of the Czech Republic.

So just when you think you’ve got all the answers about Brevnovský Pivovar, you take another sip and ask yourself a final question: How soon can I make it back to Prague? 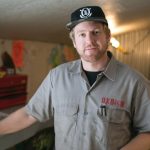 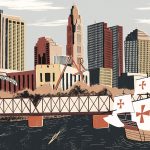