Where to Drink in Baltimore, Maryland 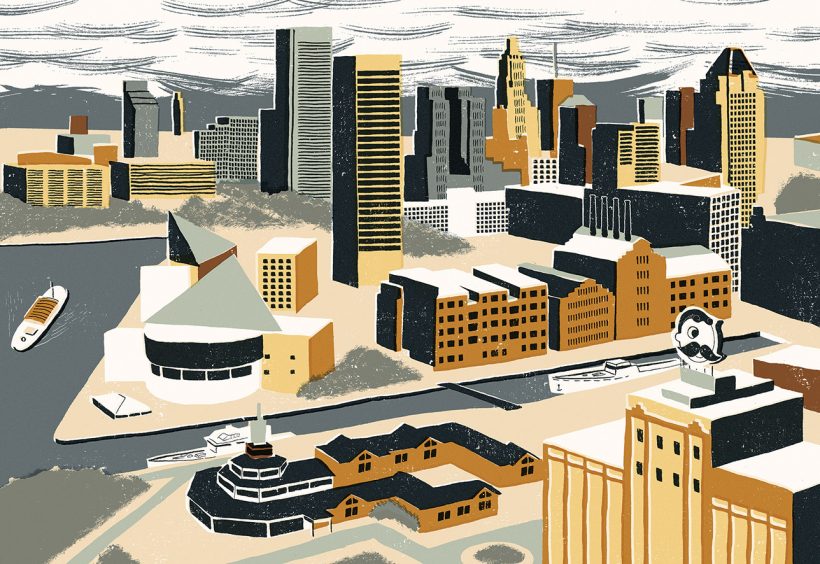 Brewing has a long history in Baltimore, a town established at the mouth of the Patapsco River in 1729. In fact, the American flag that inspired Francis Scott Key to write the “Star-Spangled Banner” was stitched together on the malt room floor of the former Clagett’s Brewery on East Lombard Street in 1813.

By the late 1800s, two areas of Baltimore—Brewer’s Row and Brewer’s Hill—were home to many German-American breweries, including Gunther Brewing Company and National Brewing Company, makers of the ubiquitous lager National Bohemian, or “Natty Boh” (still a local favorite but now produced in North Carolina and Pennsylvania by Pabst).

Today, brewing is making its resurgence in Charm City with locally focused craft breweries popping up around town and in surrounding counties. A few major players jump-started the city’s current beer boom: Max’s Taphouse, founded in 1986 and known for its wide selection, including rare and obscure taps; Hugh Sisson’s namesake brewpub, which opened in 1989 as the first in the state (and has since grown into Heavy Seas); and The Brewer’s Art, another brewpub and Mount Vernon fixture that introduced Belgian-style beers to a wider audience in 1996.

Alewife
Located in an old bank (the vault door remains off the main room) with a large chalkboard displaying 40 craft beers on draft, Alewife balances a variety of local brews (like The Brewer’s Art Proletary and Stillwater Cellar Door) with German and Belgian imports (like Mönchshof Schwarzbier and Drie Fonteinen Zwet.be). Its Smoke Burger, made with brisket, skirt and fillet beef, has been voted the city’s best. Near Camden Yards and two theaters, this bar can get packed depending on when you show up.

Pratt Street Ale House
This brewpub, home to Oliver Breweries, has 24 draft lines including three nitrogen taps, plus four casks featuring house and guest beers. With brewing equipment imported from the UK, most of Pratt Street’s beers are brewed in the English style. Try the Oliver’s Extra Special Bitter or the award-winning Sea of Spears Red Wheat Ale on cask. Its location three blocks from Camden Yards makes it a favorite destination for Orioles fans. Also worth a visit is The Wharf Rat, a pub owned by the Oliver family, across the harbor in Fells Point.

The Brewer’s Art
By stacking the 8.5-barrel brewing system vertically through three floors, the founders of The Brewer’s Art found a way to fit a brewery, restaurant and bar into a historic townhouse. Fans of Belgian styles will want to try Beazly (formerly Ozzy), their Belgian Strong Pale Ale (the Alströms gave it 100), or their summer seasonal, Stoop AKA Porch, a dry-hopped Belgian Pale Ale. During happy hour, drafts are just $3.75. And whether you’re upstairs by the grand fireplaces or downstairs in the former wine cellar, don’t miss out on the food.

Metropolitan Coffeehouse & Wine Bar
Despite its name, Metropolitan is a hidden gem for beer lovers in Federal Hill, with 20 taps and more than 80 bottles and cans. You’ll find many local beers on tap, like Union Craft Brewing Perfecta Pils, Heavy Seas Loose Cannon and DuClaw Neon Gypsy, alongside imports like Unibroue Raftman and Duvel Single. Try the crab deviled eggs topped with Old Bay, or stop by Thursday nights for a cask-conditioned ale.

Max’s Taphouse
Get ready for beer overload—Max’s has 140 taps, five casks and 1,200 bottles spread across three bars. The draft menu, printed daily, and bottle list include hard-to-find beers like Mikkeller Beer Brunch Weasel and Sam Adams Utopias. During special events you may get the chance to share a pint with visiting international brewers, like Jérôme Rebetez of Brasserie Franches-Montagnes (BFM). If the wide selection has you craving some focus, stop by for one of the bar’s regular festivals, like Hopfest in August.

Of Love & Regret
The bar and restaurant counterpart to gypsy brewery Stillwater Artisanal Ales, OLAR is a stylish place to geek out about beer. Between the main bar and the Jaded Lounge upstairs, there are 31 taps, with about a third dedicated to Stillwater and the rest a curated variety of domestics, imports and a few craft ciders. Look for the Stillwater/Hof Ten Dormaal collaboration (Bronze Age), Evil Twin Femme Fatale Brett, or bring home a bottle from the shop upstairs. Drop in Mondays for a seafood and Saison pairing.

Mahaffey’s Pub
One block south of Hudson Street Stackhouse, Mahaffey’s may look like your typical dive bar, but its selection of craft beers—20 drafts, one cask and more than 90 bottles—sets it apart from its peers (one visit had Cisco Brewers Island Reserve Saison Farmhouse Ale, Uinta Birthday Suit and Left Hand Ambidextrous Step 6). During happy hour, get three 10-ounce beers for $6.

De Kleine Duivel
Located in Baltimore’s Hampden neighborhood, this roomy space opened in January and only serves Belgian imports. Take a seat at the long wooden bar and practice your pronunciation by ordering the highly-coveted Brouwerij Verhaeghe’s Douchess de Bourgogne or De Struise Weltmerz from one of their eight taps. Beers arrive in branded glassware and pair with a small menu of Flemish and Wallonian dishes.

Le Garage Beer Bar & Frites
Open since April, Le Garage offers 14 taps with Belgian- and French-inspired small batch beers (like Rhub’IPA, a rhubarb IPA collaboration between Norway’s Nønge Ø and France’s Brasserie Saint Germaine) and one-off domestics (like Allagash Session Brett and The Porthole, a blueberry Saison from Evil Twin). Snack on traditional Belgian-style frites or share an open-faced sandwich while you browse the list of 40 bottles and cans.

Parts & Labor
Located in Remington, a neighborhood bordering Hampden, this butcher shop and restaurant predominately offers craft beer from the mid-Atlantic region (try The Crisp from Sixpoint or Union’s Balt Altbier). As part of its focus on local food and drink, Parts & Labor also highlights two “farm beers” on the menu from a nearby farmhouse brewer, like Frey’s Brewing in Mt. Airy, Md. If the bar is full, join one of the communal tables to sample a charcuterie plate or a selection from the open hearth, like steak with Maryland blue crab relish or the maple-glazed pork chop sandwich with bacon and nectarines. ■ 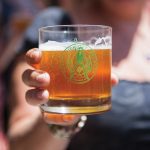 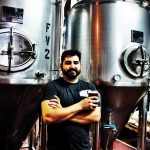