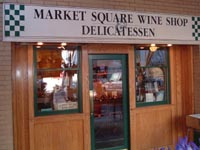 Reviewed by Durge from Connecticut

4/5  rDev +13.3%
This was an odd sort of outlet. It's really a niche gourmet market in a concentrated sort of yuppified section of downtown Roanoke. They carry a variety of unusual vegetables and other food accessories, a great collection of wines and hot sauces along with a bunch of other stuff. As for the beers it is also odd in that it is mostly displayed/offered as single bottles. They have six-packs and cases but space is limited in this mom and pop type of store so the primary look is a wall full of shelves with singles stored in rows. It is nicely organized and includes a great selection of local micros, more distant micros, and a bunch of lesser known imports, particulary UK offerings. There really are no macros to be had. While there is a decent representation of better know micros like Dogfish, Magic Hat and Smuttynose and many others, there are plenty of less common choices. The local stuff is generally priced nicely while the rest is a bit pricier, but they are all priced as singles and the selection is very good. It appeared that the only staff was one man, apparently the owner. He was somewhat helpful, didn't have too much to say. But it does seem true that this place is a true oasis of beer. There aren't any real beer bars or other outlets around Roanoke. I have come here regularly for years and can atest to it, so this is quite a good destination when in town. I consumed a number of the beers I bought that day and all seemed fresh, no problems. I will go back again as I left behind many other good choices.
Sep 29, 2007
More User Ratings:
Rated: 3.86 by Boone757 from Virginia

Reviewed by 1111k from Virginia

2.25/5  rDev -36.3%
I have visited this place over the years (back when it was Sumdat) and never with any regularity. Selection of beer is tepid and main stream from around the world. Do not hope for a rare find or anything exotic. Customer service knowledge is non-existent. Usually an underage person is operating the register. Just expect to purchase a product and not ask questions. I would buy from this place in the mind set of "in case of emergency break glass". Market Square seems to fill a tourist impulse buy kind of niche in Roanoke.
Apr 03, 2009

Reviewed by Metalmonk from North Carolina

3.5/5  rDev -0.8%
In beautiful downtown Roanoke (I'm not being sarcastic, downtown Roanoke is pretty happening these days), Market Square Wine Shop has plenty of wines and beer, but also functions as a fresh market for veggies, fruits and deli foods. Feels like a small town grocery in a different and earlier decade.

The aisles are tight and the place is pretty small, but that Saturday afternoon the entire block was bustling so there was a good energy there. They specialize is American microbrews, many of the usual names, but it's always nice to see Smuttynose, Lancaster, Rogue, Victory, Stone and Sierra Nevada stuff. Singles and 4/6 packs. It was April and they still had some Sierra Nevada Celebration Ale left (in fact, they had a whole case by the register) so maybe there's not a lot of turnover there, or they overbought the Celebration this year.

Also had the typical Belgian stuff (Chimay, Westmalle, Val-Dieu, Hoegaarden, etc.), and about 5 German wheat beers, all quality. A good bit of English stuff too. Nothing totally out of the ordinary, but a perfectly acceptable and welcome selection. Had some macros in the cooler, but this place clearly tries to offer the better beers. They even had some homebrewing supplies.

Service was nil, but I didn't ask for service either. Grabbed about 6 bottles, a friendly older gentlemen rang them up, and I was on my way. Just off of Hwy. 220, which goes down the middle of Roanoke, so if you're passing through the city, stop by and support a good thing.

Reviewed by TinusTime from Virginia

3.3/5  rDev -6.5%
Located in downtown Roanoke tucked in behind a row of Vegetable stalls. The interior is pretty cramped with mainly wine everywhere. They have a few sixpacks in standard looking dairy coolers. Elsewhere there is a warm shelf with probably 100 or so singles. One has to be very very careful as some of the beers look like they might be left over since the Truman administration. Obvious old labels and old bottles. Rogue smoke ale in 7 oz bottles had to be a couple of years old. They also sell wine making and I believe some homebrewing supplies. Over all the store isnt bad and other than Lee and Edwards its about all the Noke has to offer for good beer. Just be wary and make sure that you are getting something that is not old and out of date.
Feb 07, 2005
Market Square Wine Shop in Roanoke, VA
Place rating: 3.53 out of 5 with 6 ratings