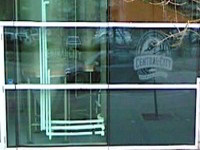 Their beer and wine store is probably in the top 3 for selection of beer in B.C. And I bet it is the most inexpensive as well.

The restaurant and brew pub has changed over the years. I remember watching concerts in an area that is now filled with vats because the Red Racer brand of beer has really taken off.

Atmosphere is great and laid back. Beautiful building that is decorated in a modern style. Private booths, long tables, and a bar area depending on what you are in the mood for.

Quality of food is excellent. I have found that the quality of the beer is spotty though. By that I mean that the typical taps (IPA, ESB, etc) have been excellent some times, and have been green and premature at other times (although 90% of the time it is excellent). It is a brew pub after all, I guess.

Selection at a brewpub? Well the interesting thing about this place is that they have the Red Racer beers that people are familiar with, along with excellent seasonals that you cannot find anywhere else. You can take these seasonals (including their tripel, imperial porter and imperial IPA) home in growlers if you wish.

Food is excellent. They had amazing deals and selections available recently for the BC craft beer week.

Value is excellent. Very inexpensive for what you get. Simon Fraser University students receive pitchers for only $9.99 and there are other specials which make their already low prices even cheaper.

Overall, this is a great place and I'm lucky to have it so close to home. The seasonal offerings are so good they haunt me and I sometimes come up with excuses to drop by for a pint on my way home.

A great selection of beers especially pale ales and IPAs. Enjoyed a flight and lunch. Great selection of Red Racer pale ales. Wasn't very busy but service was quick and food was excellent. Atmosphere is modern, lots of glass to look out on the plaza.

A bit of a drive from downtown Vancouver but well worth it. Food was very good, the Scotch eggs were the best I have ever had. All at our table really enjoyed their meals. My Kamikaze burger was prepared perfectly. Normally salmon is way over cooked and this was perfect. The beer selection was decent, fortunately Thors Hammer was on tap and the mainstays are all solid. Well worth the trip!

Kenmac19 from Canada (BC)

Got a growler fill that was worth the trip. Also stopped in at the bottle shop next door and picked up a number of bottles. Compared to SK it was quite good, but the selection was only a bit better then the provincial stores and behind what is available over the border in Seattle. The staff on the bar side were great, but in the bottle shop side not helpful at all. If you are in the Vancouver area, it is worth the stop for some Red Racer IPA right out of the tap, and some bottles not found elsewhere.

I keep wanting my experience here to be great but it's consistently been very average in all ways. They offer about 10 beers on tap regularly plus a few seasonals. I've tried many and all have been fine but none have really impressed me. The room is big and very sharp/modern. Lots of tbs tuned to sports. The bar feels more like a cocktail lounge. The whole place is more like an Earls' feel than a beer place. Really lacks any character. Food menu is pretty pricy I think (burger with fries for $12). Ive learned now and will look for other brewpubs/pubs.

Start off with a great building. Located at the mall and off site SFU campus with easy access to the Sky train. The architecture is beautiful. The interior is modern and comfortable and the beer is great. There are plenty of TV's showing sports while soft music plays in the background. So you can still talk and its girl friend friendly. Good daily specials, $3.50 pints on Tuesdays! The food is better than average and they supplied moist towelets with the wings, thats class. Like I said the beer is good and fresh, enough said.

Also the semi attached beer and wine store has a great selection of hard to find beers. Good selection and well worth a visit.

Sometimes things are better at the source. And that's exactly what I thought when I took the SkyTrain to Surrey to check out this up and coming celebrity. It's very easy to find from the SkyTrain station; just walk south for maybe 500 meters and you see it.

The interior looks a little modern with wide open windows. The bar is in the shape of a pair of lips. Big booths hugging dinner, hockey on TV, and one small part near the bar with very comfortable chairs. it was Friday night, and while there were people there, it wasn't what I'd call "busy".

I had two very helpful bartenders during my stay. I lost track if I was drinking the IPA or ESB, and my bartender helped distingish them, as both had very simiilar hop profiles. The other bartender who helped me was very interested in my opinion of a few of the beers, and let me taste a couple of the rotating beers they had on-tap.

I mention beer, so let's talk beer. They had about 6 or 7 regulars and a few rotating offerings. Central City makes a pale ale, lager, stout, witbier, ESB, IPA, Raspberry Wheat, and during my visit, an awesome Double IPA and great barleywine. Quality ranged widely, but generally was very good.

I had the "craft dinner" entree, which is essentially pasta and cheese with chicken. Good stuff.

The IPA alone is worth making the visit to Surrey, and if you're lucky, they'll have the Double IPA as well. Yes, you can find Central City IPA at bars and stores around Vancouver, but wouldn't you rather drink it fresh at the source?

Located right near a Skytrain station out in the wilds of Surrey, this is a big bright new brewpub with lots of seating and pretty waitresses. I sat at the bar and got good service from the bartender. The food was good with rice bowls being the choice of many of the staff. What really makes this pub worth a trip is the brewmaster being Garry Lohin:ex of Sailor Hagar's. His ESB ( called Red Ale at Central City), IPA, Porter and Bock are first class.

It should be noted that Central City beers are also available at The Railway Club downtown which is much more central for most visitors.

Its a pretty nice place. Lately they've had bands playing there quite often. Pretty cool. Looks like your average pub. Clean.

Sevice is your typical Surrey restuarant style. Hot, if slightly dirty looking young ladies. Can be slightly snobby. But for the most part they're helpful and flirty. They may flirt with you even if you have a date sitting right there. I guess this is Surrey we're talking about here.

Beer selection and food selection are damn good. Lots of house brews and basically every beer under the sun. Wine and full bar are available. Food menu might be a bit limited, as with most pubs though.

Food looks better than it tastes. They present it nicely, I guess. But its just your average pub food. Goes good with beer.

Beer and food are decently priced and there's always a deal to be had. Pretty good place to go and see a band you're interested in. If looking for a brew pub experience, you're better off at basically any one in downtown Vancouver.

Central City Brewers + Distillers in Surrey, BC, Canada
Brewery rating: 3.98 out of 5 with 3468 ratings