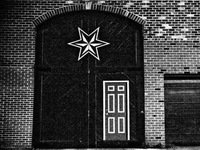 Notes: Production brewery with small batch can sales for pickup via app. Visit sixpoint.com/app for details

Tasting room under construction, but samplings and tastings occur with every small batch can release.

Rated by Tbarnes1414 from New York

Reviewed by frozyn from New York

4.86/5  rDev +10.2%
vibe: 5 | quality: 5 | service: 5 | selection: 4.5
With their recent app release and opening of their quickly-expanding facilities in Red Hook, these guys have big plans that should set them up as a unique and well-placed player in the beer world. The Brooklyn location is producing small batch, innovation-focused beers that are put up for sale monthly (for now) to purchase via a few taps in the Sixpoint app, and then you mosey on down to Red Hook on the following Saturday to pick up your cans (or following M/Tu, if weekend plans get in the way). No line waiting, no awkward time spent trying to decide how much you want, no waiting for 15 people ahead of you to do the same. Instead, you roll up and grab your cans and then you can spend the morning/afternoon hanging out with the Sixpoint team and fellow beer lovers. Or in reverse order, as I am wont to do.

The vibe of the release is great -- incredibly chill and no pressure to rush in for what is being released. The events currently happen in an outdoor courtyard as they gut-renovate a taproom next door, but the courtyard is just the right size for people to hang out, sample beers on tap, and listen to the DJ in the corner that is always playing some great background music. When I've been, I've met up with some fellow BAs and Shane (founder) has always been quick to expand the group. And that's not just Shane as the whole team that is there on Saturdays is dedicated to making sure everyone has a great time. They're investing a lot of effort into making visiting Sixpoint about more than just beer -- they're trying to build a community around the direction they are headed. The team is always happy to talk about the beers, easy to hang out with, and they create an very welcoming vibe.

The small-batch beers they've been producing recently are all very high quality beer. I've been a fan of Crisp and Resin and the other core beers, but what they release via the app, and have on offer to taste on release day, are even better. I would argue that drinking a beer at its source is the best way to have it, and based on my experiences at the releases, things are definitely looking up for Sixpoint.

For a brewery that's already one of the top 50 craft breweries in the U.S. to be spending this much time and effort to innovate upon the beer experience is a testament to their mindset. They care deeply about providing delicious beer and a great experience, and based on what I've seen and heard, they are going to do some pretty great things in the near future.

Reviewed by jrnyc from New York

4.85/5  rDev +10%
vibe: 5 | quality: 4.75 | service: 5 | selection: 4.75
Over the last couple of months Sixpoint has started doing small batch releases through their mobile app with pick-up at designated times at their brewery. No waiting in lines for hours on end, login into app when beer goes on sale, 1 minute later you have acquired your beer in the comfort of wherever you are. As part of the pick-up of the beer, they have hosted a release party at the brewery. While they are still working on their taproom, the release party has been outdoors in an awesome courtyard. You are able to pick up the beer you ordered through the app, but in addition to that they have free samples of some of their other beers and upcoming unreleased beer.

The vibe is a straight up 5. Awesome courtyard, food, DJ and Sixpoint staff serving up beer. Shane the Founder and Chief Visionary is on hand talking to the customers as well as the rest of the Sixpoint staff. Chat up some of the staff while you are there and if your timing is right, can get some tastes of beer that hasn't even been released yet.

Quality of the beer is great. The recent Beans day release offered 3 excellent BA porters and some sneak peaks at some future beers. Prior to these small batch releases, I would drink Sixpoint from time to time, but after having Resin fresh at the brewery it is something I seek out now.

Service is world class. The whole team there is friendly. I had problems with the beta version of the app for the first release, they responded immediately and made it good with a special invite and experience at the brewery as a good will gesture. They care about their customers, providing a mobile app to get beer as opposed to making people wait in line for hours on end is world class customer experience.

Selection is very good, of course you get the beers you ordered through the app, but they have some of their rotating beers on tap as well as some of the beers coming out in the future.

Sixpoint is obviously a well known brewery with national distribution, but the small batch releases and the tap room experience is taking things to the next level.