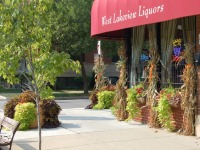 Rated by Thirsty_In_Chicago from Illinois

4.37/5  rDev -4.8%
vibe: 4 | quality: 4.5 | service: 4.25 | selection: 4.5
This review is based on an online order. The website was easy to navigate and place an order. The one glitch was the checkout system. I got a weird message which implied my charge didn't go through successfully but when looking at their automatically generated invoice and my bank statement, everything seemed in order. After a week or so of no notification from West Lakeview, I sent them an email asking for status. They responded right away. I think it was their online checkout system not synching correctly with their credit card processing vendor. Once they became aware of my shipping situation, they were very prompt.

I received my beers in good order. The packing was great. They were beers not distributed in California, so I'm happy with the beers I received.

Overall, a good experience. For a Californian, their selection is great. Three Floyds, Toppling Goliath, etc.

Reviewed by chazmcbro from Wisconsin

4.63/5  rDev +0.9%
vibe: 4.5 | quality: 4.25 | service: 5 | selection: 4.75
After quite a few trips to Chicago and not stopping here, I can safely say that won't be the case going forward. I'm a fan of smaller shops that curate quality over stores that have everything and selected nothing, and WLV is clearly in the wheelhouse of the former.

I was hoping to find one or two beers from some of the more up and coming Illinois breweries like Mikerphone, Scratch, etc, and ended up walking out with multiples of each. Their import game is strong as well, with plenty of awesome Shelton Brothers stuff (no surprise given the Zwanze connection). The guy working was someone genuinely excited to chat and help me find cool stuff I may not have discovered on my own, so shout out to him as well.

If I didn't already have a cabinet full of glassware and closet full of beer shirts, my collections would've expanded here too, as they have plenty of eclectic glassware and t-shirts for sale.

Overall, a pretty great experience that will be passed on to anyone looking to do some bottle shopping in Chicago.

Reviewed by Damian74 from South Carolina

4.44/5  rDev -3.3%
vibe: 4 | quality: 4.5 | service: 4.5 | selection: 4.5
Was skeptical at first because of bad reviews on trip advisor and yelp, for the online service. But notice a lot were 2014-2015 and said hell I'll try. Ordered on a Tuesday and beer was shipped Thursday, found out they ship Mondays and Thursday. Got the box following Monday. Beer was well wrapped and secure, all beer accounted for. The Furious IPA's are dated 9/3/2016 but I think'll that's fine for getting online beer.

Will try again to get the hard sought beers.

But being a pioneer doesn't last forever. Several more craft beer bars have opened in, say, that half mile radius as have at least two other similar specialty stores in a somewhat larger area. So the question is, how does West Lakeview fair now ?

With more competition, it needs to change things up a bit more. It can still keep its niche of unusually good beer imports and very knowledgeable staff (although the last time of 6 times of purchased there, the guy at the counter was the spirits specialist.) Lakeview can also keep its spirits+wine vs beer 50-50 split of space. And it should strengthen that.

First... They do not offer a build-you-own-6-pack and absolutely should. This was immediately popular 5 years ago, so West Lakeview is giving business to its competition. Worse, many of Lakeview's customers buy in the one-and-down habit. So give the customers what they want. If they particularly want to expand their American craft trade (which is a good idea since Chicago is very fast becoming the largest metro producer), they need to offer build-your-own-6-pack.

Second (and this is work), but I'd do pairings with local restaurants. Get more crafts and imports paired with restaurant items and use it for advertising "Pairing done by West Lakeview" and get it on the menus.

As someone who knows he is over-paying by buying at Lakeview instead of Binny's, I just gave them some really, really useful advice. Compete with smarts.

10/23/17 Revisit. It was a big put off. The kid behind the counter knew little of beer and didn't even know how to pack it in a box so it didn't rattle going over the bumps. But I repeat my big complaint: they don't have a build-your-own 6 pack. The only place in the city that I know of that doesn't. A very stuck-in-its-ways-store. I reduced by rating accordingly. And having spent $145 this last time there, I may never walk in again !
I also noticed as I went through previous purchases that some beers were well past their time. Probably no inventory control. Bottom-line: over-priced.

4.74/5  rDev +3.3%
vibe: 4.75 | quality: 4.5 | service: 5 | selection: 4.75
Outstanding selection of beers here at West Lakeview....have been past here many times but took my first trip in there today. Great service, friendly and knowledgable. I should have hung out and asked for more recommendations but I was on a time crunch. Fantastic foreign import options as well as local/national coverage. Chilled out vibe.
Dec 24, 2015
Rated: 4.15 by jschott75 from Illinois

4.36/5  rDev -5%
vibe: 4 | quality: 4.25 | service: 4 | selection: 5
A small, neighborhood store with limited variety but packed with many rare beers, Lakeview is the place to go to find weird sh#t! Stuff from Chicagoland like Lake Effect, Pipeworks, Solemn, Spiteful, FFF; bombers galore from Dogfish, Hoppin Frog, FiftyFifty Eclipse, Bruery; beers from Switzerland and Spain; rare Mikkeller and Amager… even Brazilian craft! And fifteen different De Molen, the most I’ve seen in the US. Prices ain’t cheap but why should they for this kind of stuff, and the folks are nice and helpful.

A must in the Chi, along with the nearby Beer Temple.

Reviewed by eb1610 from Massachusetts

4.82/5  rDev +5%
vibe: 4.75 | quality: 4.75 | service: 5 | selection: 4.75
Stopped in today since I was told it was a must stop by some Chicago people that I've traded with and they were right. Great selection of beers from the area which is what I was looking for while on vacation. Staff was unbelievably helpful and even offered me some Zombie Dust. The male staffer took the time to write out bars/breweries that I should visit while in town. Pretty much my ideal store
Jul 11, 2015
Rated: 4.6 by mojiboo02 from Illinois