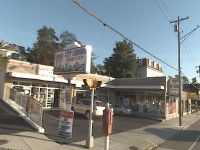 View: Place Reviews
Reviews: 8 | Ratings: 12 | Log in to view all ratings and sort

An online purchase to get a Rhode Island beer I had been seeking and if it went well as a test before larger purchases. It went well and I hope to order again. The selection was only a handful of items, some were at least curious ( pk of 120 Minute, and 4pk of BCBS) I was good on both of those so I got my six pack of IPA from Foolproof which I am looking forward to trying.

This review is for my online order. I was looking for a Rhode Island beer, and I came across the this liquor store that sold beers online. It was a nice experience.

I ordered what I wanted and paid for my order via PayPal. I received confirmation a few days later and my order was being shipped.

I'm really pleased with my experience. While I didn't speak to anyone live, I received confirmation via PayPal and my order was received in a timely fashion. A big plus was that their shipping charges was more than reasonable.

Two thumbs up. Thanks.

Visited City liquors on 2/18/11 Looks like the store recently been renovated with a new 7 door walkin cooler For craft beers, and White wines. In addition to there 12 door cooler picked up Oaked Arrogant bastard for only $18.99 The wine selection is probably the best in Providence and the easiest to shop. Every bottle is tagged in the store so your not surprised by the price when you get to the checkout. Craft beer selection has also come a long way with additions of Abita, High Seas, Victory, Weyerbacher, Dogfish. Quite busy but traffic moves in and out. Parking in front with eight spots and parking around back.

Visited on 6/9/07. When you walk in the door the craft brew section is straight ahead and a bit to the right in the main room. The larger room to the right has beer cases & wines. Service was helpful and friendly, but Im not sure about the knowledge. Everything was arranged neatly but the bottles were a bit dusty. The selection was pretty good many of the local micros and a few others that you usually dont see often in the area. However, I question the freshness of the beers given the afore mentioned dustiness and the fact that they had 3F Brian Boru, which I know hasnt been brought into RI for about a year or so, TH Imperial Porter 1 liter bottles which were not produced in this years release, two bottles of Newport Storm 05 (I bought one) and a bunch of 06 that looked like they hadnt been touched. If these beers are sitting around for a year or more, then its possible that some of the other stuff that doesnt age well has been sitting for just as long. Prices were reasonable and on target with other stores in the area. This might not be a store that I would frequent but its one worth stopping at now and again if Im in the neighborhood in hopes of finding a lost gem.

Stopped here on our way back from Willimantic BC and Trinity in Providence...conveniently located off Rte. 95.
Many thanks to Beerguy (Frank) w/ Diversified Imports for keeping this place full of goodies...at least it was until we showed up :) and thanks to fdrich29 for remembering how to find it.
Not a large store, in fact it was quite small, but if you walk in and work your way to the far right, you will see they pack it well w/ the limited space they have.
Found Trinity's IPA in sixers along w/ many other NE Micros in the cooler.
Had most if not all of the Middle Ages brews and numerous 3 Floyd's and Great Divide...3 of the big names Frank has achieved to bring close to my home.
Prices were great and the score of the day was Middle Age's Tenth Anniversary ale...their IIPA "X" and only $5.49 for the bomber.
Service was decent, but you don't need much assistance in a place this size.

Thanks for Nick and Frank for helping me find a store that sold Three Floyds, which was the reason I found myself here yesterday morning.

Everyone has a City Liquors in their town, it's the one with all the Coors Light signs in the window, gimmicky coolers, posters of women. You know, the one's BA's don't tend to frequent.

Unlike all the others, this tiny store with it's coolers full of macros has a little secret. Hidden from view to in the back, right hand side of the store are quite an impressive line up of local and imported beers.

If you happen to be a large guy like me negotiating the better beer section of this store is a bit tough, but it didn't deter me from spending $125 on the likes of Chaotic Chemistry, several six packs of Three Floyds products, four bottles of various Thomas Hooker products (including a few Liberators) and several from the Middle Ages line.

Prices were several dollars less than what I'm used to spending for beer up here in some cases. I believe I saw CC for upwards of $21 at Martys and it was just over $17 at City. 120 Minute for $7.99, Liberator for $9.99....all very reasonable in my book.

All in all a nice little find and thankfully not that bad of a ride to get some otherwise unaccessable beers.

Small store with a nice selection of good beer.
Plenty of NE micros - Newport Storm, Otter Creek, Thomas Hooker, Harpoon, plus Dogfish Head, Middle Ages, Rogue and a few other national/regional brewers. Some British and Belgian imports as well.
Staff is friendly, but it's not really a beer store - there are bigger selections in Providence. Seems like more of a small liquor store that started carrying good beer, and theres nothing wrong with that - just don't expect anything rare or too unusual.
Price isn't bad - I picked up a sixer of Middle Ages Impaled pale Ale for $8.

This store is in a small well lit building. There is a good selection of micros that include the usuals, Dogfish Head, Newport Storm and Hooker. Also included are selections from Cooperstown, Anderson Valley and Rogue. Imports included, Smithwicks, Guiness and Newcastle. Also found were Fullers London Pride, Warstiener and Grimbergen. Interestingly this store sells what appears to be the complete line of beers from the Russian brewery Baltika. The store manager (Chris) told me that he has a good solid demand for the Russian brews. He has also noticed an increasing demand for more high quality beers and has started educating himself ( thru tasting and reading ) about better beer. They still have plenty of Hooker Imperial Porter on the shelf and a few Liberators. The biggest drawback to this place is the parking or lack there of.