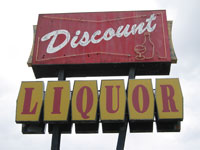 View: Place Reviews
Reviews: 111 | Ratings: 171 | Log in to view all ratings and sort
Reviews by GRPunk:

I stopped here with my host on a recent trip to Milwaukee.

The store looks a little shady from the outside, but I was quite pleased once in stepped foot in.

There were a lot of good Wisconsin, regional, and imported beers available. There were many beers (both locals and imports) I can't get in MI. I was a little disappointed at the lack of singles. I was hoping to make a mixed six-pack of beers that I couldn't get in Michigan and ended up having to buy a couple of regular sixers and some bombers.

As service goes, I didn't really get any help finding anything, nor was I approached by any employees. However, everybody was very pleasant when I was checking out.

Pricing was great compared to Michigan standards. Though I think beer tends to be a little cheaper on the WI side of Lake Michigan.

This will be a definite stop the next time I'm in town.

Vibe: This could go either way. It’s grungey and a bit run down, but that kind of gives a very old school feel. Beer

Quality: Fresh beers. Everything seemed to be high quality.

Service: No one went out of their way to help me, but the checkout process was smooth and the woman was nice.

Selection: Out of town. Especially the import section. A really amazing selection of beer. A must stop for anyone visiting from out of town who wants great local, international and other options too. They also have a cool glassware selection.

Tons of beer here, a bit disorganized but everything is clearly marked with a price. Staff is friendly and attentive. Nice selection of local and regional beer, surprised to see so much Toppling Goliath stuff sitting around.

The best place to buy beer in SE Wisconsin. Marie is the BOMB! She knows her beer! Matt from Beechwood, is there often, a great resource. I've been going there for 30 years. I would much rather spend my money at a family owned gem like this, compared to Total Wine. If they don't have it, they may get it for you.

They have the goods

Tons of the locals, regional, and national good stuff. Loads of imports

Right up the road of my house !!

Drove all the way from Chicago to visit this place, so glad I did. Looks like your normal run of the mill liquor store but with an aisle different. A ton of beer that I can't get in Chicago. Grabbed some Psuedo Sue (first time trying, loved it), plus Alesmith and New Glarus and many more. Including a lot of European breweries that I've never heard of. Spent a couple hundred and I look forward to drinking the many different bevarages

This place pretty much looks from the outside what you would expect from a place called discount liquor. Macro neons and signs on the outside with mountains of boxes lining the windows. But I wandered in anyway to be surprised by a palette of fresh ballast point and impressive glassware collection after walking in.

Impressive aisle of beer with one of the most impressive import selections I've seen. The Mikkeller variety alone made it a quality import area. Their domestic options were equally impressive with plenty of NG, Toppling Goliath (had Golden Nugget, Dorothy's, and Smoove Operator on shelf), Black Husky, Upland, many smaller locals, and countless others. Be sure you search around as well, random shelves and displays hidden about with quality beer on them.

Wasn't asked if I needed help but wasn't really looking for any so kind of a wash in this category.

I was in Milwaukee for the day and this was far and away the best place to buy beer to bring back with me. Take your time and really search around and you will be sure to find a unique bottle to unearth and take home.

This place is awesome. Huge selection of great beers at very reasonable prices.

Excellent import selection. Lots of cool stuff from lesser-seen breweries like To Ol, Haandbryggeriet, Mikkeller, Blaugies, De Struise. That doesn't mean they skimp on American craft, either, as they stock the latest and greatest from both around the nation and from WI. Friendly staff who are always willing to help. It looks a bit dingy, but that just means the money goes towards getting the good stuff. Better than their Waukesha location.

First went there in 79 or 80.Outstanding place then and now.

This place has a huge selection of craft beers and as of 1/17/15 they have 17 different Three Floyds offerings in stock. they also have a large selection of imports.