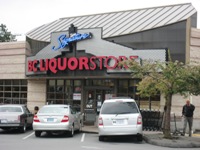 3.75/5  rDev -2.6%
vibe: 3.75 | quality: 3.75 | service: 3.75 | selection: 3.75
BC Signature Liquor Store on the corner of Fort St & Foul Bay Rd , shares a parking lot with a Save-On-Foods , Banks , Starbucks , ...
Vibe-more wine & spirits than craft beer , head towards the returns in search of craft beer
Quality-almost the best price point , if you know what your shopping for ,
only store that brings in certain stock & vintage (Signature status) , including wine & spirits , not craft beer
Service-friendly staff are always willing to help , grumpy ones not so much
Selection-plenty of choice when it comes to beer , 2 aisle's of major brands & 3 served cold , local , macro
gets most of the locals standard release , (ie-Driftwood - all core brands)
not the seasonal good stuff (ie-Singularity/Old Cellar Dweller/Sartori Harvest IPA)
prost LampertLand

A clean, well-stocked supermarket of all things liquor-related. On a couple previous visits to Canada, I don't think I've ever visited one of the government-run stores, so this was all new to me. Upon entering, I grabbed a handbasket, bypassed all the various other kinds of booze and headed straight to the back left corner where the beers are displayed. I was particularly interested in local/BC craft brews and I wasn't disappointed. They carry a good selection of 650ml/22oz bottles from local places like Phillips, Vancouver Island, Tin Whistle, Granville Island, Mt. Begbie, Lighthouse, Cannery and several others: all were displayed on racks, along with a modest selection of UK, Belgian, and Eastern European singles.

They also stock a multitude of canned beers, both of the macro/case variety and a few assorted craft brews.

Adjacent to the deposit/return counter (where a helpful guy named Kevin & I talked for several minutes; he came out from behind the counter, too, and showed me some of his favorites...) is a wall of cased beers, bottles and cans. I was told that single cans were OK for the taking, so I snatched up a couple canned stouts; also a sixer of the St. Ambroise Oatmeal Stout, to go along with 8 or 10 other singles.

Thanks to BA stephenlouis for pointing me in this direction for my beer buying while in Victoria. I also used the BC Liquor Stores website, which has a very nice feature on it, listing the up-to-the-minute stock of any store in their system - this helped me a lot when deciding what to shop for.