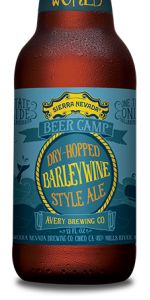 Jul 10, 2017
Beer Camp Across The World: Dry-Hopped Barleywine-Style Ale from Sierra Nevada Brewing Co.
Beer rating: 88 out of 100 with 342 ratings