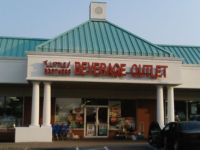 View: Place Reviews
Reviews: 4 | Ratings: 12 | Log in to view all ratings and sort

tarik-the-magnificent from District of Columbia

When Little Bros. first came in 8 years ago, it seemed to me to be a pointless addition to a town with several liquor (liquor stores sell beer in NJ) stores already. My first visits quickly proved me wrong, as I was impressed by the sizable beer selection available.

By today, what was a significant selection of craft beer has managed to become a fairly spectacular selection of American and International craft beers. Several aisles are dedicated to craft beers, roughly a third of their refrigerator space, and a growing body of stacked cases of various craft beers line the back walls. Additionally, there is an extra half-aisle dedicated exclusively to displaying bombers. Staff are friendly and knowledgeable. They care about their beers and are more than happy to provide help, I have no idea what one reviewer was talking about when they mentioned staff not caring.

On top of the beers, Little Bros also sports respectable wine and liquor collections. In the world of beer, of course, one could always ask for more. But, by today, the robust and ever-expanding collection of Little Bros. is enough to leave a beer fan perpetually overstocked.

Little Bros. is a great spot in Flemington.The selection is great with tons of variety in beers and you can usually find some hard to get stuff there.

They seem to be pretty well organized and I haven't had any problem with old stock on the shelves which is always a plus.

The staff doesn't seem to want to be bothered with questions about releases or even to check inventory but other than that the place is fantastic.

I'd recommend Little Bros. to anyone looking for a great craft beer spot in central NJ. Easy to get to, and easy to find everything inside.

Just off the 202 circle in Flemington, this is a regular stop for me when returning home from my monthly visit to the New Jersey office.
Very clean place with one full aisle of European brews, an aisle with crafts plus a decent sized side aisle with bombers. they also somewhat recently added a modest section with Chimay, etc. (this area seems slightly bigger each visit).
Of course they also have ample amounts of Budweiser, Miller, etc.
Customer service is pretty good and the prices are quite competitive - slightly better than Wegmans up in Bridgewater which used to be my stop off.

Located just off of Route 31 at the northern end of the outlet/shopping district. Its a strip mall that formerly housed Levi, Jockey, and Wamsutta, along with the still there Reebok/Rockport store - it was basically a one-stop place for me for all my non-dress and non-brewery clothing. The stores moved out at once, and whatever the plan was, it then collapsed. Little Brothers has since moved into the spacious former Levi store, and moved to the front of Flemington liquor stores.

Store is clean and airy. Service is friendly and outgoing without being pushy.

Beer is to the right when you enter, with a two sided aisle of mostly macro cases along the wall, then an aisle of macro/micro cases on one side, domestic craft brews on the other, then an aisle of familar quality non-Belgium imports. Belgium, and US Belgium brewers like Ommegang are on another shelf perpendicular to the others at the front. Cold boxes line the back wall. Several endcap displays feature multiple beers from American craft brewers, today including Victory, Long Trail, and Magic Hat.

Selection is good, if not on a par with Pennington Circle to the south or Sommerville Super Saver to the north. But if you're closer to Flemington either for living or shopping, Litle Brothers can save you a trip if you're looking for a semi-common craft beer.

Store also features some party supplies and cheap coolers, sol you can consolidate your party shopping.

Not quite on the first tier of Jersey stores, but a welcome addition.

Little Bros. Beverage Outlet in Flemington, NJ
Place rating: 4.33 out of 5 with 12 ratings