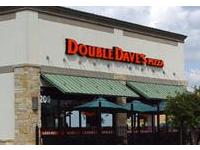 View: Place Reviews
Reviews: 1 | Log in to view all ratings and sort
Reviews by Quaffer:

I went to Double Dave's on a Saturday evening with Beerlovergirl and a couple of friends. It looked like a typical family oriented restaurant. Seating throughout, pizza buffet and salad bar along the side, and arcade games in the back. With the buffet and the games, it definitely seemed like a place that would appeal to families with young kids. That hunch was later confirmed. All food and drinks were ordered at the counter upfront. There was no waitstaff working the tables.

First, let's get the food out of the way. The pizza was pretty good. Not the best that I've had since I've been in San Antonio, but definitely good.

Now for the beer. The selection was great, especially for a pizza joint that otherwise seemed pretty run-of-the-mill. There was a small wall of taps right behind the counter with all kinds of goodies . . . Sisyphus, Oak Aged Yeti, and Saison Dupont just to name a few. Probably 25 to 30 total. There were a few bottles in the cooler, but draft beer seemed to be the focus. Prices seemed to be really good, running about $1 less than comparable beers at the Saucer.

So to summarize the high points: pizza was good, beer selection was great. Now, for the not-so-happy details . . .

For a place with such a great beer selection, the staff was completely clueless about the beers on tap. Now, I don't expect everyone in the world to know and love beer like me, but I at least think that they would know what beers are on tap. More than one time, I had to direct the server to the appropriate beer ("to the left, to the left, now up. Yes, that one!") because they had no idea what I asked for. Everyone was friendly, though, so that was good.

Due to the fact that nobody waits the tables, one has to get into the line at the cashier everytime they want a beer. You can keep a tab open, but continually going and getting in line got a little old.

Concerning glassware, frosted pints are the name of the game. Make sure to ask for a warm glass when you order a beer. Also, appropriate glassware isn't a priority here. They have a few branded glasses that they use for those specific beers (e.g., Lindeman's), but most of the time you get a staight pint. That's not a terrible thing, but if you order a barleywine, make sure you're ready to drink 16 ounces of it. (Like I said, not necessarily a bad thing.)

Atmosphere is what almost totally ruined Double Dave's for me. The place was packed with insane kids running around completely wild. I had more than one incident where the beer was almost knocked out of my hands by a rugrat literally running into me. It was so loud that it was hard to talk at times. Almost intolerable for me. After dinner time when the place thinned out, it was much better. I think my next visit will be MUCH later in the evening.

The food was good and the beer itself was great. It was all the other things that really drug this place down.


Double Dave's Pizzaworks in San Antonio, TX
Place rating: 3.23 out of 5 with 1 ratings