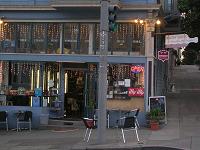 4.8/5  rDev +6%
vibe: 4.5 | quality: 5 | service: 5 | selection: 4.5
Not sure why it took so long for me to chime in on this wonderful store. I'm constantly impresses by the breadth of selection at Healthy Spirits. Always well-stocked with hard-to-find brews, some of which you won't see anywhere else in the Bay Area. On my last visit I was stoked to find a 1999 and 2000 JW Lee's Harvest Ale along with a couple bottles of HOTD Doggie Claws.

Staff is always willing to talk shop (in this case beer), suggesting brews to go with your existing selections, or answering questions about beers you'd like to try. I've talked with Dave, Nate, and Rami and they are all just as fanatical about these beverages as any of us BA-ers.

They keep a blog to alert you to new or upcoming releases, run a beer of the month club, and are members of Beer Advocate.

Pricing can sometimes be a bit higher than a BevMo or City Beer Store but still very reasonable. It's located across the street from the 24-Divisadero bus which is very convenient for transit riders like myself.

Occasionally they impose limits on purchase quantity (I recall a one bottle limit on The Abyss) but other than that, selection is fantastic.

Cold storage is impressive with coolers filled to the brim.

The deli is great too. Had a delicious pita sandwich the one time I ordered food and the homemade dagga (a spicy, middle eastern salsa, is fantastic!). Their selection of hard-to-find european candies is another nice bonus.

Reviewed by von_kaiser from Connecticut

Reviewed by James_Michaud91 from California

4.81/5  rDev +6.2%
vibe: 4 | quality: 5 | service: 4.75 | selection: 5
Very small little corner liquor store with anything but a small corner store selection. Great beers from all over the place. Also routinely have special, limited bottles for sale. Knowledgeable staff also helps making the decision of what to drink tonight that much easier.
Jul 29, 2015

Reviewed by Alequine from Delaware

4.5/5  rDev -0.7%
vibe: 4.5 | quality: 4.5 | service: 4.5 | selection: 4.5
A place of beer nirvana. Great varied selection and nice gems on the shelf if you are knowledgeable and careful. Good west coast distribution so if you are from the east coast its a good place to stop. The service was outstanding as the young lady behind the counter was very helpful in spotting sours for me and she works at another local brewery so she was knowledgeable as well. Most of the beers are priced at $2 above the other bottle shops in the city. I guess the rent is higher in this neighborhood.
Jul 22, 2015
Rated: 4.58 by TheBrewViking from Alaska

Reviewed by ckeegan04 from Texas

4.75/5  rDev +4.9%
Corner store just on the north side of the main drag through The Castro. Cool little neighborhood. Signs on the windows advertising beer, whisky and hummus. Interesting combo. Small store crammed full of great beer and one of the best whisky collections I have ever seen. Great selection including some vintage Russian River -tions. Friendly staff that was happy to answer questions. Would certainly recommend stopping by if in the area.
Dec 04, 2014
Rated: 5 by ronricorossi from California

4.5/5  rDev -0.7%
A really small store that is situated near the border of the Castro neighborhood and in the Duboce Triangle. Another great thing about the location is that it is a 10, 15 minute walk to Toronado in Lower Haight, which can't be beat either.

Prices are a little high, but the selection here is extremely varied. It's a little cramped but there are small shelves packed with bottles, and two walls one the cooler, loaded with beers. There are only a few six packs, and the store seems to give way to more variety which is a heck of a lot better.

If you are not from the state or area, the selection of beers in distribution here is extremely plentiful and enjoyable. There are even occasionally some heavy hitters on the shelf as well, such as finding Damnation series from DeStruisse here, and a couple Eclipse varieties.

Some serious deals might be available, but the selection is small and gets picked clean. But there are some real serious gems in here. The guy who also worked there when I visited was extremely knowledgeable and answered everything perfectly, there wasn't a question he didn't have an answer for, and there was no bullshitting around either.

A must stop when in the area, would love to go back, there was so much beer here I wanted to buy to take home but just couldn't carry it all.

Reviewed by LittleDon from Texas

4.25/5  rDev -6.2%
A liquor store and bottle shop rolled into one. This small place is located between lower Haight and the Castro districts, so if you're in town for a visit, you'll have to rely on a friend or public transportation. Regardless, worth a visit. Friendly and helpful staff.
Aug 16, 2014
Rated: 3.75 by halo3one from Georgia

Reviewed by FightingEntropy from Minnesota

4.69/5  rDev +3.5%
vibe: 4.25 | quality: 4.75 | service: 4.75 | selection: 4.75
Last summer, we had the great pleasure of living for a week in the Castro while being tourists in San Francisco. Most of the brewpubs and bars we visited were closer to downtown and, locally, the bars nearest the house didn't offer a wide selection of drafts. However, Healthy Spirits was a very welcomed source of great beer that was a few blocks walk (or a short bus ride) up the hill.

I found it shortly after we arrived; unfortunately, it was after trying several other places. Minnesota friends happened to be in The City at the same time, and we had an impromptu barbecue at our apartment. The very friendly and knowledgeable help at Healthy Spirits allowed me to bring some very fine bottles to our group of beery friends. In short, it's the only beer store I've found that rivals, or surpasses, the Four Firkins. If spending any time in or near the Castro, this is the place to stock up.

Here's a sampling of the week:

Triple Voodoo Grand Cru. Healthy Spirits exclusive barrel aged version of the TV Grand Cru. Dave told me that he bottles from full barrels of bourbon to sell in the shop and then sends the barrels to local breweries. Honey, blue agave nectar, coriander and orange peel are added to this version. Burnished copper color with dark gold highlights and an off white head that falls quickly. Elegant nose with the above plus fig and some alcohol underneath. Smells a bit like a quad but lighter. Flavors meld well and flow over the tongue. Very good ale and a great first beer from this brewery.

Stone RuinTen. Unable to find this at home before leaving, I was so happy to buy a couple. Just awesome.

Knee Deep Brewing Hoptologist DIPA. Brash and harsh bite on the tongue. Good if you like a sharp hop bite. Almost white head over a shining amber gold ale. Enormous citrus nose and a light biscuit base. Sweet on the tongue followed by strong hop bite that has a burn that feeds the beast. Fun hop forward brew that I would enjoy more when more hydrated. Almost sweet finish and a lingering hop.

Knee Deep Simtra. Marmalade ale with a white head. Clean, singular hop nose. Slightly oily taste and some hop bite but the sweetness and the bitterness don't meld completely. Not as good as the Boneyard we had at Toronado this afternoon. Hop lingers nicely on he tongue.

Pretty Things Ale Project Fluffy White Rabbits. These guys can be hit or miss,and this one is a miss for me. Muddled nose with some clear spice from hop and yeast, but the balance just doesn't make it. Side of the bottle says floral, and it is that. But this hazy orange beer with a white head has a lot of promise and is clearly well crafted, it falls short for me.

Triple Voodoo barrel aged Inception. Bottle 244 of 432 made for Healthy Spirits by aging in a barrel provided by HS. hazy gold ale with circling white film from a head that barely forms. Spice, yeast and light pepper nose that seems muted compared to the straight Inception but nice. Fruitiness on the tongue that finishes dry nice but unusually like the straight better. Straight version of TV Inception rated a bit higher for me, though I love that HS does it's own specialty aging.

Reviewed by orangesol from Pennsylvania

4.39/5  rDev -3.1%
vibe: 4.25 | quality: 4.25 | service: 4.5 | selection: 4.5
Stopped in here yesterday to start my day of SF beer. Atmosphere was laid back and informal, as a bottle shop should be IMO. Lost of bottles and glasses on the left side of the store, tons of liquor and food stuffs on the right. Service was awesome. He made sure I had everything I needed and even checked on some bottles I was looking for to make sure they didn't have any hiding in the back. Quality was high, I didn't see a single out of date beer and the awesome glass selection was a bonus. Selection was great. Tons of beers from all over the country and even more from the rest of the world. I was able to find a long time want from Europe that I never thought I would see in the US. Prices were more than reasonable. Overall an awesome bottle shop in a really cool looking neighborhood. I would love to have this place in my area.
Feb 14, 2014
Rated: 5 by Mposha from Florida

Reviewed by Chelsea1905 from Washington

Selection was solid. Ranging from Belgian to California based goods.

Have to dodge amongst other patrons, but the place is in a nice area and worth a little walk to.