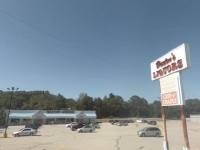 Rated by tasterschoice62 from Rhode Island

Reviewed by JamesStreet from Louisiana

3.5/5  rDev -4.4%
vibe: 3.5 | quality: 3.5 | service: 3 | selection: 4
Haxton Liquors is quite the wine/spirit warehouse, and they have a decent amount of craft beer. Vibe is typical big warehouse vibe. Plenty of guys stocking all the wines and BMCs. They had a nice selcetion of local stuff as well as some good stuff from Founders, DFH, Weyerbacher. One long shelf full of bombers. Here's the bad news about this place. Every IPA that I picked up (that I was like "cool, they have this") was severly out of date. I had to find myself looking for stuff that was not fresh/date sensitive. It sucked because they look like they get a lot of good stuff distro'ed to them. Just need to do a better job of keeping stuff fresh.
Aug 06, 2015

Reviewed by MakeMineADoubleJack from North Carolina

3.75/5  rDev +2.5%
A halfway decent selection. I was able to grab the last 2014 Double DBA on their shelf, which boosts their score. Without that bottle, however, I would've been pretty disappointed.
Oct 23, 2014
Rated: 3.5 by Coorsy from Massachusetts

Reviewed by coachdonovan from Rhode Island

3.44/5  rDev -6%
vibe: 3 | quality: 3.5 | service: 3 | selection: 4
This place is a mixed bag. They have a fairly large selection of 12 packs, including mixed boxes from Smuttynose, Flying Dog, etc. Not an overly long shelf for single bottles, but you'll probably find what you're looking for.

I've had great luck here, grabbing a 24oz Sierra Nevada Harvest Ale for $6. I've also found some head-scratchers, like multiple six packs of Rogue Santa's Private Reserve in the cooler in July. Some pricing is out of whack, including the 6 pack of Stone IPA for $16, but that may not be entirely the store's fault.

This is probably the largest beer selection in this area of Warwick, but don't go out of your way to go there.

Since my buddy moved up to RI for his job, this has become his local store. The large parking lot overlooks the wide, windowed storefront. Entering, the liquor begins to the immediate right, while the beer begins to the immediate left. I took a brief gander at the selection of rye whiskey and then turned left to wander through the aisles of bottled beer. Restraint was my motto until I got to the bank of coolers along the back left wall, which were filled with CANs that I had not added to my CANQuest (TM) and I was off and running. The woman at the checkout smiled in amusement and I wept for what PA's ridiculous laws prevent us from having.

Reviewed by bigfnjoe from Pennsylvania

4.16/5  rDev +13.7%
vibe: 4 | quality: 4.5 | service: 3.5 | selection: 4.5
I didn't know what the hell to expect from here passing it, but I stopped in for the hell of it. Liquor as far as the eye can see, with one aisle for six packs of beer, and one of bombers. Nothing really amazing in the six pack aisle, but the bombers....wow. My eye was drawn to fresh Sculpin, along with a ton of Belgians (found some Fantome which was awesome, as well as Rodenbach), and mainly northeast locals. They had a bunch of Cisco, including Lady of the Woods, so that was great. The prices were really good, with the Sculpin being a dollar cheaper a bottle than at Nikki's. It seemed to me like Nikki's had more of a selection of smaller craft, while Haxton's had more of the larger craft brands, but they had more variety within the brewery. Service was OK, as the cashier was very friendly, but most employees ignored me on the floor. It's all good, I enjoyed what I got here and would be back if I was going back to Rhode Island any time soon.
Jun 09, 2011

Reviewed by mostpoetsdo from Rhode Island

3.2/5  rDev -12.6%
Quality and Selection: This is mainly a hard liquor store, but they have quite a bit of decent brews. There were a bunch of Harpoon Levi series available. They had numerous bombers from Rogue and Stone. Numerous variety packs, a lot of New England brands, Long Trail, Otter Creek, Harpoon, and so on. Good amount of SN, too.
Service: Honestly, could not find any associates to help in beer related endeavors.

Value: This place is one of the cheapest, by a couple bucks, for variety packs. Otherwise, nothing too special.

3.5/5  rDev -4.4%
Visited on 2/21/2007. Haxton's is a pretty large establishment. Seems to cater mostly to wine enthusiasts, but also offers an ample selection of spirits. Beer selection is decent, but not outstanding considering the size of the establishment and the sheer amount of floor space dedicated to cases. Ample selection of DFH, Sam Adams, Harpoon, Newport Storm, Otter Creek, Saranac, Sea Dog, Shipyard, Blue Moon. Also a few Ithaca brews, Magic Hat, Smuttynose, Red Hook and Gritty McDuff. Bomber selection is somewhat limited: a few Rogue, Newport Storm '06 & '07, Lindemans, Affligem, as well as they tend to get the Harpoon 100 Barrel Series. Also Wychwood's Hobgoblin and Wychcraft. If you are looking for a decent 6er selection, you won't be disappointed; however, if you are looking for a more eclectic craft brew offering, there are better options. This place would totally rock if they converted some of the immense space into a mix-a-six section and attempted to expand their selection to include some belgians and a more diverse line of craft brews.
Feb 23, 2008

Reviewed by auxiliary from Rhode Island

4.15/5  rDev +13.4%
Nice place, real big, just remodeled. Lots of dry case's of beer. Not much german beers.
They do carry a variety. Sam Adams, Dogfish, Magic Hat, Sea Dog, Newport Storm, and some others I can not think of. I like going here, service is quick and freindly.
Large wine selection. Looking to pick up some beer on the go for a party and don't want any major named brands, great place to go. Looking for micro brews, or beer no one has ever heard of , not the place to go . I head here about 2-3 a month.

Reviewed by jaxon53 from Connecticut

4.14/5  rDev +13.1%
vibe: 4 | quality: 4 | service: 4 | selection: 4.5
Seems to have gotten much bigger since the last time I visited. Just happened to come across this establishment while driving through Warwick . A decent selection of beer here. Found offerings from Newport Storm, Dogfish Head, Smuttynose, Flying Dog, and countless other New England beers as well as the normal national swill. A pretty wide selection of beers here. Prices are reasonable, staff is pretty helpful. Also can order kegs here. Worth a stop if in the neighborhood. Also a wide variety of wines and liquors as well.
Jan 16, 2007
Haxton's in Warwick, RI
Place rating: 3.66 out of 5 with 19 ratings