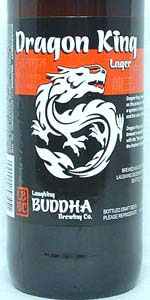 A: The beer is slightly hazy light yellow in color and has a moderate amount of visible carbonation. It poured with a short off white head that died down but consistently left a thin head covering the surface and lots of lacing down the sides of the glass.
S: Light to moderate aromas of apples are present in the nose along with hints of grainy malts.
T: Much like the smell, the taste has lots of flavors of apples. Neither sweetness nor bitterness are present.
M: It feels light- to medium-bodied and a little clean on the palate with a moderate amount of carbonation.
O: This beer doesn't have any flavors that one would consider to be offensive, but reminds me a lot like some of the nondescript Euro Pale Lagers from Eastern Europe.

A: Pours a pale yellow hue. Small white head, no retention or lace.

T: Mild flavors as well. Lightly grainy, corn with hints of cracker. Mild citrus, with hints of rice cereal, and a touch of grass.

This was not bad, but not one I m going to think about for long.

Pours hazy yellow with a fizzy slight head. Aroma is grainy with a slight sting of flowery hops. Flavor is clean and sweet, with a honeyish edge and slightly floral hops. Delicate and clean.

The beer pours a pale gold color with a thick frothy white head that slowly fades to lacing. The aroma is decent. It has a crisp, pilsner malt scent along with a dry, fruity lager yeast aroma. It's light in both malt complexity and hop character. The taste is average. It has a light pilsner malt flavor that's bone dry, yet easy drinking. There is a bit of an aftertaste in the finish. The mouthfeel is average as well. It is a low bodied beer with prickly carbonation. This is an average Asian style lager. Yes, it's crisp and clean, but it's got some off-chararcteristics that really ruin the experience.

A: straw colored with decent lacing and an off white head.

S: aroma is faint with hints of banana.

T: somewhat sour, with hints of banana. Nothing special.

M: somewhat bland on the pallet. Not very bubbly, as a lager should be, but still light.

D: I've had Asian rice lagers, German pilsners, and American macros, but this lager defies all styles. there are several odd flavors in this brew with nothing being them together. No impressive.

Just to be honest, I had it out of a bottle, but poured it into a sweet Holiday Inn plastic cup from the bathroom to get a color and aroma.

A & S - true gold color with pretty much zero nose, was expecting a lot more.

T & M - Taste is too delicate for a small brewery, what I mean is that this has no flavor and these guys make some tasty hand-crafted beers. Mouthfeel was light and not impressive, I was hoping for more.

D - this is a good lager if compared to your typical macro's but I was dissapointed. I truly like there beers and have packed many in a suitcase for my boy's at home but this just seemed like a line extension just to put a clever name on a beer.

Served out of a 20+ oz bottle into a pils glass. Had with dinner at 94 Stewart in Seattle.

D-very good beer. I would definately have this again. Great with seafood.

Beautiful honey color, light and fruity on the nose. This lager had a nice mouth feel and was quick to go down. Soft malt, will lend itself wonderfully to Sushi, mild cheese such as Petit Basque. Too delicate for the more robust or spicy foods of the world. This has to be the perfect post work, hot summer day beer. Laughing Buddha uses premium brewers rice in this beer

Pours a pale straw color with a loose white head that dissipated into nothingness, very flat looking. The aroma is a bit sweet, similar to overipe red apples and perhaps a touch tart. Anyways not very pronounced. Malty sweet, cooked veggies and slightly grainy. Got a bit of an apple juice thing going on. The feel is light and fizzy; crisp and fairly clean. Slightly dry but not as dry as others for the style. An ok brew. Any odd flavors were subdued with the brew being cold. Not sure I am brave enough to let this one warm up. Seems to be a touch more malty than most of this style.

Bright goldenrod with lemonade colored highlights. Several slow moving bubble streams can be seen plinking into the underside of a pearl colored crown that peaked at two fingers and is shrinking slowly. A less than outstanding array of lace doesn't help.

The aroma has a little more character than your average light lager. Since *premium* rice is one of the ingredients, Bud Light is probably the closest macro comparison. There isn't too much malt (or grain) present in the nose, just an apple fruitiness and a hint of grassy hops.

Laughing Buddha (soon to be Trade Route Brewing Company) Dragon King Lager isn't the best light lager that has ever entered my glass, but it isn't too shabby either. I've often found that beer brewed with rice is too dry for my tastes. That's the case here as well.

The flavor is also reminiscent of green apples. Bitter light lagers are fine. Sweet ones are too. Tart ones, though, aren't very appealing. Maybe a rogue yeast strain (not a Rogue yeast strain) is the culprit. Other than the Euro hops, which deliver a modest closing bitterness, there aren't many flavors present. Then again, a complex light lager is an oxymoron.

The mouthfeel is probably the beer's best feature. I've had plenty of non-light pale lagers that weren't this full (relatively speaking, of course). The carbonation is slightly too buzzy, but at least it keeps things from bogging down.

As beer of this style goes, Dragon King Lager isn't too bad. I'd probably choose it over most of what's available in your average Asian restaurant. That said, a single bottle is more than enough for this lifetime.

Patterning a beer after the clean , dry and fairly tasteless Asian lagers is a risky move and unfortunately one that does not pay off for Laughing Buddha. This beer is $4.75 a 22 oz bottle which is more than a lot of great beers and it isn't even close to a bottle of Sapporo. The finish is kinda off with very little middle body flavour. Last time I buy this beer

Lagers arrived late in Asia courtesy of various European and American entrepreneurs who guessed correctly that the world's most popular beer style might succeed in the world's most populous region. Trade Route's version emulates a contemporary Asian approach. Think Tsingtao, San Miguel, and Sapporo. Small batch rice lagers of this variety are in short supply in the states, but you may as well have something local to chase your wasabi.

Dragon King is unfiltered and lacks lagered clarity. It emits a vegetable broth aroma with strong CO2 kicking up a bright lumpy head of short duration. It tastes fruitier than most lagers with a spry ginger-spice taste and sharp, dry finish. No appreciable hop character emerges outside of a mild punctuation of bittering.

Since the beer is not patterned after American or European lager styles, I'll judge it less harshly than I would some others. However, I don't think replicating Asian lagers is a worthy premise to begin with and Dragon King delivers no more than modest appeal.

taste is sticky yet crisp, some corn, some malt, grain, touch of citrus, end is dry.

Thanks to Julian for this one.

Poured a 22oz bottle into my Smokestack goblet. This beer pours a surprisingly hazy straw yellow with just 2 inches of white head, and leaving no lacing. The aroma is rather bland. Nothing besides a slight grainy aroma. The taste is slightly grainy with a slight hint of malt sweetness. The mouthfeel is very thin. It's honestly really watery. I appreciate the opportunity to get to try a new brew from a new brewery that probably won't make it out to MO but its not something that I would seek out again.

Appearance, is a light morning orange and clear as the day it welcomes (Ok that was cheesy but accurate). The beer itself pours with a strong white foamy head that quickly retreats, leaving some appendages of lace behind.

Overall Aroma, is nutty, with some mild roasted-ness, along with some sweetness.

Sipping some of this, I detect some light honey, mild wheat & medium sweet hops, along with a sweet tang that clings to your tongue on the way down. Mouthfeel, is mild to medium but not overwhelming.

Overall impression is I like this as a good session offering (albeit bottle conditioned) and would be curious to try a full glass of this as the brewery or a "trusted" bar.

Cheers and good luck on your attempt at making it in the business.

Dragon King Lager from Northwest Brewing Company
Beer rating: 80 out of 100 with 17 ratings