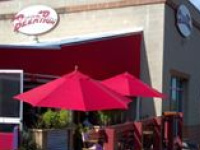 Reviewed by ArsMoriendiOU818 from Virginia

Reviewed by HeHateHokies from Pennsylvania

Q: The quality of the beer here is in general pretty darn good. There are a few bad brews (i.e., Modelo), but in general it's very solid.

S: The service was incredibly friendly and welcoming. I didn't ask any beer questions, but I feel certain they would be able to answer them.

4.26/5  rDev -0.7%
vibe: 4 | quality: 4.25 | service: 4.5 | selection: 4.25 | food: 4
Small place that is rather packed, so not great if you're claustrophobic. Also, packs of beer are stacked on the floor so keep the kids close. The staff was friendly and helpful, knowledgeable about beers and similar tastes to build on. Pretty good selection and they do keep their Facebook up to date with fun, new beers. The bar has a nice, old vibe to it. Pricing is generally on the higher side but it's hard to compete with a Wegmans and the staff is more knowledgeable so worth it. The parking is tight, only a few spots in front but there is parking in the back. Not a fun task getting a full size truck in or out though.
Jan 24, 2017

Reviewed by TastyBeverage from Georgia

2.05/5  rDev -52.2%
vibe: 2 | quality: 3 | service: 1 | selection: 2 | food: 2
I went to Beer run on a Monday at about 5pm and was not very impressed. Tiny bar which was full, and the staff was very unfriendly. Didnt see any beers that were notable. I walked through the store and not a single person acknowledged me. There were 2 others shopping for beers and nobody talked to them either. No reason to go back.
Sep 23, 2016

4.64/5  rDev +8.2%
vibe: 4 | quality: 5 | service: 4.25 | selection: 5 | food: 4.25
Small seating area inside with patio seating outside adjacent to tight parking lot. Very good and plentiful beef nachos at smallish bar. A dozen beers plus on tap...but go for the bottle shop. One of the largest selections of local, Virginia, regional and national handcraft plus international beers I've seen in a pub/bottle shop. Outstanding selection and reasonably priced!
Aug 29, 2016

Rated by akdragoo from Pennsylvania

Rated by BeingAlive from Virginia

Reviewed by OldSwampy from Virginia

4.29/5  rDev 0%
vibe: 4 | quality: 4.25 | service: 4.25 | selection: 4.5 | food: 4.25
Had breakfast here on a Saturday, the only day breakfast tacos are available (recommended). Families mixed with hipsters; grandparents, kids on their way to soccer, and young couples were all enjoying breakfast. The beer selection, which I examined after breakfast, appears to be the best in central Virginia (and yes, I bought several). Prices were fairly reasonable. Service was prompt and helpful. A recommended stop.
Apr 24, 2016
Rated: 4.51 by DavidHume from Virginia

Rated by MrGrumpfish from Virginia

Reviewed by JandJMD from Maryland

4/5  rDev -6.8%
Nice selection. Domestic and local beers, but a large section dedicated to imports. Nothing will blow you away, but more than most stores.

Bar is great. Had lunch. Good sandwiches with probably a dozen taps. They seem to keep a good mix of styles.

Bar pricing was good. Store pricing was average or a touch high, but not bad compared to home.

Would be happy to have this place in my neighborhood.

Reviewed by Hrodebert from Michigan

5/5  rDev +16.6%
Likely the coolest beer bar/ bottle shop I have seen.
Very good food, great selection of taps, and awesome bottle selection.
I wish we had this in Michigan.

Reviewed by drtth from Pennsylvania

4.25/5  rDev -0.9%
This is a great place for both food and beer. A fairly extensive menu and everything we sampled was very tasty, etc. The beers on tap offered a great selection, and the bottle shop had many things I never expected to find. On one visit a few years back I found they had two bottles of Hanssens Experimental Cassis in stock. This is a beer many people don't/didn't care for but that I thoroughly enjoyed. So immediately snapped up one of the bottles despite the price, which I later found to be fairly reasonable for that beer.

Defintely recommend this place for the food, beer, and the bottles.

3.89/5  rDev -9.3%
vibe: 3.75 | quality: 4 | service: 3.75 | selection: 4 | food: 3.75
The wife and I had only one morning/afternoon in Charlottesville before driving across Virginia and West Virginia to Athens, Ohio. Beer Run was our beer place of choice, after walking around downtown C-ville and before touring Monticello.

Beer Run was mighty busy on a beautiful, sunny Sunday at brunch/lunch time. All the outdoor tables were occupied but we found a spot at the bar. The bartenders were busy and hangover but still managed to provide good service.

17 taps, with a bunch from Founders because of a tap-takeover that had happened the night before: Backwoods, Smoked Porter, Boyl'r, All Day, Centennial... and Devil's Backbone, Yards, Allagash, Natty Boh, Lagunitas Sumpin', Bluegrass Bourbon Barrel...

The food is simple but mostly organic and local. I had an egg-scramble that didn't disappoint. Bloody Mary's are delicious too!

The store attached to the bar/restaurant ain't bad either but you won't find anything rare there. They have all the major names in American craft beer, and they are a bit pricey... 25 dollars for DuClaw Retribution, 16 dollars for Xantus... damn, I've scored cheaper in NYC!

Still, this is a great place. Beer, food, gourmet coffee... a bit of everything. I would definitely visit again.

Reviewed by raveskdr from Virginia

A - It's fine? It feels like any bar USA. Reminds me of just about any Lost Dog Cafe in NoVA. The bar has a bit more of a retro feel, but the night was gorgeous so I was able to sit outside.

Q - Dat beer list. I'll get more into it in the selection. Some of the bottles on the inside were definitely collecting dust and had passed their code date awhile ago. But overall an OK selection. A bottle or two made me say "not bad" but a pretty run of the mill selection.

S - Our guy was attentive and knew a good amount about the beer on tap.

S - Alright. So, I don't get it. Top 100 beer bar in the country. Bottle selection is a cross section of a Total Wine. Draft list is, as my good friend MordorMongo put it, "I come across better tap lists at Mexican restaurants." The best beer was Enjoy by 4-20. The second best was...the new Terrapin/Starr Hill collab? I mean...I just got Troegs Sunshine Pils since I haven't had it this year and have an irrational like of that beer. It takes a simple preorder form 12% or B.United to make this list look crazy better. Maybe I just happened to hit the bar at the most inopportune time and came across an incredibly pedestrian list.

It's not often I end up this disappointed with a bar. It's not a bad place. It's a completely and utterly average beer bar. Just think about this: Beer Run made top 100 this year but Mekong didn't. lelwut?