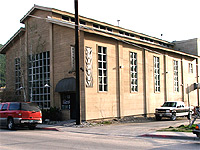 Make yourself at home at Snake River Brewing in the heart of the Teton Mountain Range. All roads, trails, bike paths, climbing routes and ski runs lead to "The Brewpub"! After a day in the great outdoors how can you not partake of a tasty malt beverage and a delicious meal?

Considered by many to be Jackson's "living room", our pub provides locals and visitors alike a unique social experience. We are non-smoking (always have been) and family-friendly.

We've been around since 1994 when Joni and Albert Upsher decided to open the restaurant and brewery. In 2007, the Upshers retired and sold to Ted and Noa Staryk. Snake River Brewing has always been family owned and operated. Everything here is handmade, we even have our own bakery.

If you're thirsty or hungry or both, we can help. Hope to see you soon!

Stopped in Jackson on the way to a conference in Jackson Hole. Jackson was your typical tourist town, while everyone headed to the Cowboy Bar or the Silver Dollar, we went got out of the tourist traps and headed to the Snake River Brewing Company. What a nice surprise, a large outdoor seating area along with a large first and second floor seating area with the brew works in the background. Both floorsalso had very nice bar areas. The atmosphere was very nice, what you would expect from a brewery and brewpub.
They had about seven beers on tap, including Fitzy Stout in cask. They also had a nice bottle selection of their beer.
Our waitress was a rookie, her second day on the job, so I'll cut her some slack, she was trying hard and did a good job. She was very attentive and was still learning the beer styles.
The menu was very nice, the griddled polenta and the California pizza were excellent.
We headed out just as the big storm hit, so instead of getting soaked, we retreated to the upstairs bar. The bar tender was very friendly and had great beer knowledge. I was able to sample a few more of the snake river selections, thank you weatherman.
All in all this is a great stop if your in Jackson, a bit pricy, however, that goes with the territory.

Big, clean modern interior, ski lodge crossed with a factory. Mostly normal flagship brews on tap. Did not try the food. Lineup reflected the lighter end of the beer spectrum.

Just outside the main drag in Jackson WY (and conveniently located near the rodeo) a must stop for travelers in the area. Large indoor/outdoor space, with fire pits and yard games while you wait. Lengthy menu, typical pub fare with some Wyoming influence. Good selection of beer on tap, which march, to go options and the all important sampler.

Of the 3 breweries I visited in Jackson, honestly this was my favorite. Two floors and an outside seating area. Semi-industrial feel, with all the brewing in plain sight. The service was good, the staff was friendly. The beer was average, nothing terrible and nothing outstanding, but a lot of good stuff that you could easily just sit back and relax with. And good food to boot, with decent prices.

Stopped in for a quick lunch - first stop after spending 6 hours on a commercial flight. Boy did that first beer taste good...
TSnake River Brewpub is a somewhat eclectic venue, with bits and pieces of the brewery intermingled with the customers. (How does their insurance company allow that? Mine wouldn't.)
Crowd was mixed old/young, but with a definite skew towards the young side. Service was excellent - prompt, courteous, and attentive. Can't ask for more. As far as I could tell, their beers are all their own - but it's quite a list and a great variety of styles. Something for everybody on there. Food was great too. Highly recommended if you're in Jackson!

Enjoyed visiting this brew pub. A bit older but it definitely has its own little vibe. Staff was friendly enough, beer was fresh and the food I had was great. A good place to hit up for a beer lover visiting Jackson.