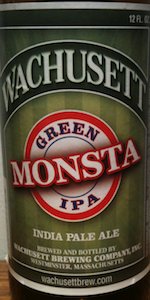 Notes: An All-American yeast teams up with Cascade, Amarillo, & Centennial for a home run of hops in every sip.
View: Beers | Place Reviews
Reviews: 95 | Ratings: 617 | Log in to view all ratings and sort

Drank from a 12 ounce can from a variety pack.

Very drinkable. Better than expected for a mass marketed brew. I would purchase again.

on draft, in shaker pint glass

-pale amber can pour with a 2cm foam cap. Pine hops in the nose. This presents woody hop notes with some resin. It has light to moderate hop bitterness. Good enough on this hot day.

Big foamy head that stays until the end.
Nice colorful clear orange shade.
Nasty smell of apple cider vinegar.
Tastes better than it smells. A little bitter bite that size for the smell.
Very carbonated and tingly.
All in all... OK.

Pours a clear golden color with a tight creamy head, settles into a nice ring around the glass.

The aroma is of grapefruit and savory hops, onion. Light honey sweetness. Not very robust.

The taste is of light grapefruit, onion and grass. The malt is bready with honey sweetness. Again not very robust.

The feel is moderate with fizzy carbonation. Sweet to start but finishes with a drying grassy bitterness, chalky.

Meh, I expected more from the name. Not super hoppy and the hop profile is just ok.

A very heady hop aroma! Three classic American hop varieties make for a full-on hop experience for the nose. Tangy, herbal, citrus and slightly sweet fruits and earthy tones abound. Plenty of caramel sweet and sour bready malt to back up the hops as well.

The hops are very flavorful, but in more of a classic Pale Ale perspective. This is certainly a very nice hop effect but not at all a hop bomb. A good "beginner" IPa. The crisp texture and sharp hop charecter make this one worth checking out.

This beer is not overwhelming is any way, but solid in every way. Not very superb taste and lacks any smell quality, but, a good blend of hops and a smooth finish make this beer very drinkable. Fuck the Red Sox tho!

Poured from a 12 oz bottle into a pint glass. The appearance is a murky golden amber color with a medium white head. The aroma is all hops, but not overwhelming. The taste is similar to the nose and has a slight bitterness at the end. An excellent beer.

Subtle, but flavorful. This IPA is not as bitter as most, but still has plenty of flavor. Orange-Amber color, not strong in the smell department, smooth mouth feel and finish.

O = Not a huge traditional IPA fan but this one is done right. Love the Red Sox connection as well.

Looks good and drinks really well. The flavor/smell are not so different from the middle quality IPA. The nose is not outstanding, there's not particularly enticing skunk or pine odors here. The flavor was balanced but not too strong. This is an easy drinking IPA. The best aspect is a great mouthfeel, not prickly, thick or thin. Just about right. I'd say, for the low volume of hops relative to most IPA, Wachusett made a good beer here. Their Ale is much lighter on hops, so while this is their IPA, some breweries may call it a standard Ale.

All the same, I like it. It's very decent.

Had on draught at a local pub. It was served too cold so the aroma was pretty much non existent. As it warmed it opened up into a decent IPA. Nothing but a little above average.

Bottle-Chilled Glass. Excellent IPA ..Smooth to drink with a light hop taste.Dark amber to look at with a medium head and a mild smell. Local Brewery Favorite. Wachusett Brewery.

Canned at the brewery brewpub on 7/11/2015 in a “Wicked Big Can” 32 oz Ball double tall-ball – awesome concept since it’s a half growler that will stay fresh longer. Pours clear gold color with a massive 2-3 finger whipped foamy eggshell colored head that faded very slowly, leaving excellent spider web lacing and rings as it went down.

Tastes is much more malty and even similar to an English IPA with the buttery biscuit, sweet malt and caramel just as prominent as the citrus and piney hops. Flavor is bready with grains and a little husk that counters the grapefruit, lemon zest and orange peel; some herbal notes and light peppery spices come in at the end along with mild bitterness. A very easy drinking IPA, which is above average tasting.

Mouthfeel is very smooth, but too thin and nearing watery; mild bitterness is nice with the light carbonation and medium body, as the taste trails off grassy with some sweetness like malt or grains mixed with the citrus. Overall it was nice and easy to drink, but it’s missing any real excitement. It looked so great out of the can that everything else was disappointing.

This was just ok in every way except appearance. It had weak flavors all around and pracctically no mouthfeel except for a faint promise from malt. hardly any bitter . It did have some grapefruit though and that made it pleasant.

I bought a six of Wachusett 'Green Monsta' IPA up in Massachusetts recently. The name is an obvious referral to the Left Field Wall at Fenway Park. Poured from the bottle into an IPA appropriate glass, this brew has a thick, cream colored head, with nice lacing as the beer is quaffed. The body is a deep amber color. The aroma is quite enticing, reminding me of a walk in the hemlock ravines of the Berkshire mountains nearby. The first sip revealed a great balance between the citrus notes and bitterness of the hops, which are identified on the label as Cascade, Amarillo, & Centennial. The 6.1% abv is barely noticed. Overall a deeelicious west coast style IPA that I would be happy to drink again!

Appearance: Pours a hazy, thick orange and with a big, pillowy white head that sticks around for a long time. Leaves a tons of sticky lacing down the side of the glass. Nice looking beer.

Smell: Pine, apricot, citrus, a little tiny bit of clove, and some lemon are all present.

Taste: This is a tasty, citrusy, hoppy IPA. It's approachable and drinkable and packs a ton of flavor.

Mouthfeel: Very easy on the palate for an IPA. Not so easy that it's boring - there's plenty to keep you interested - but it's very easy drinking for a beer with this hop profile.

Overall: Very nice IPA from those central Massholes. It's not quite as good as their Larry, but it's a damned worthy IPA.

This IPA is a heavily clouded amber-orange, translucent leaning opaque with continuous soft bubbling activity. The head is a yellow-tinted wall of foam, starting at 2 fingers and remaining a more drinkable 1 1/2 for most of the session. The lowest it goes is half a finger, and strong, leaving chunky foam in plenty.
The smell is followed accurately by the taste, the main exception being that it develops a cheddary sort of note with time. Otherwise it's got some pith and pine resin, earth, some fruits and herb, going a little too astringent in the buildup. Still, it's a good and hoppy IPA that just needs to be cleaned up.
Crispness is up front in a medium body that has a flash of something a bit sharp and goes herbal-dry into the finish, which also takes a little off the body.

Good IPA. Have not had in quite some time. Irony is they are in my back yard, so to speak. Nothing overwhelming, but not bad. Smooth start and smooth finish, with a nice IPA flavor. Hops don't kick you in the face, nor do they kick you in the ass. It is a solid brew to drink. In fact, you could drink a couple three of these and not feel like you have been roofed.

T: a let down from the aroma; earthy, with a touch of tropical fruit in the background; very little bitterness; a somewhat bland finish;

O: very drinkable, but I would have preferred to taste more of the tropical fruit and I would have liked more bitterness;

Consumed directly from can.

A - Can't really tell from the can, but looks to be a pale yellow color.

S - Very floral and earthy, with hemp, dandelion, and a bit of tropical melon.

T - Actually less potent than the scent. First grassy, spicy, hop flavors. Then a wave of malt sweetness followed by a touch of tropical melon and citrus flavors. The finish is fairly dry and bitter.

O - While there is nothing exceptional about this beer, there is also nothing at all off-putting about it either. It seems content not to swing for the fences, but still succeeds overall. It is an enjoyable sumertime IPA to have while camping, fishing, or, as the name suggests, watching a baseball game.

After a long debate between this and various other canned beers, I opted to give a nod to my now-waning Red Sox obsession. I had a bottle of this a long while ago when I hated all things hoppy and still enjoyed it, and 12-packs of cans are beer heaven.

A: I really appreciate unfiltered IPAs, so this was a big selling point for me. However, I intend on drinking the rest from the can.

S: Mostly spicy malt, actually. Which, for me, actually is troubling because I detest malty IPAs. That being said, it does smell kind of generically hoppy as well.

T: Malt up-front (uh oh) with a relatively strong spiciness and generic hop flavor. I don't get much citrus or pine as some have, but hey.

O: I really should hate this beer to be honest, for it's way too malty an IPA for me. However, for whatever reason be it the Red Sox allusion or the cool can and the all-around pleasantness of the taste, I dig it. It's not a top tier American IPA by any means but it is something perhaps even more rare: an unfiltered American IPA that comes in 12 packs that you can enjoyably session over and over. For me, that makes me a fan. Recommended, but only if you have the right expectations.

taste: restrained piney hop bitterness with some bittersweet fruit like pineapple or peach on top of a thick bed of malt.

Love the name...go Sox! Maybe I'm partial due to the Red Sox connection, and maybe it was because they were playing on the tube at the bar, but I was impressed with this beer. Dark honey in color, with a fresh and light scent. Nicely balanced with a good bitter finish. Wicked Pissah!