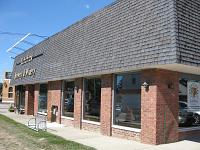 Visited the Clinton Township brewery on Grossbeck road with a group at end of December 2018. Appearance of brewery was dark with dirty cloudy windows. No kitchen to order a meal but had an appetizer menu. Had the pretzel and Mac and cheese bits. Pretzel was average, Mac and cheese bits terrible. As far as beer, the Dripa was very good but the other beers, pumpkin beer, stout, Pilsner, were not good. Thin with hard finish. Kuhnhenn, I know you can do better.

Pretty basic setup inside the Warren location. Really no food available, but you'll see someone with a pizza box from nearby almost each time you visit.

Tons of beer on tap. Way more than your typical brewery IMO. Very diverse styles with plenty to enjoy. They can be a little reluctant, but they will give you a taster of the expensive mead bottles they have for sale if you ask nicely.

One other thing to note, is they do quality growler fills. CO2 purge, tube filled to the top, sealed, and even shrink wrap the top of the growler. The tubes sit in a nearby pitcher of something (probably sanitizer) since they use so often. Good place to take some beer home with you.

Decent beer prices at the bar. Some of their special releases can run about $9-10 / 12oz bottle but I haven't seen these on tap, so I'm not sure if they mark them up.

This review is for both the clinton township and warren locations. Very hit or miss selection of brews. When they try it's some of the best beer you can get. Otherwise, it's pretty low quality. The clinton township location offers the best experience (since the food is very good and cheap considering the quality).

Stopped in here one afternoon fairly early on a Saturday before a high school reunion that I wasn't looking forward to and enjoyed myself enough to actually have fun at the reunion. Staff while not stars on the paying attention to customers they were very knowledgeable. Had the sampler and each one was well described. Good beers and will definitely return next time I am back in town!

I like that this place doesn't try to be anything more than a focus beer hall. Yes, they serve basic bar snacks, which I've never tried, and often have a food truck available outside, but I like that it primarily stays focused on the beer. Less can absolutely be more and Kuhnhenn does it right.

While we've never had great service here, even sitting in the horseshoe around the taps, it's never been awful either. They could exercise a little Dale Carnegie and just be friendlier and perhaps quicker to suggest an offering.

I can't say that the beer is phenomenal but I will say it is very good. I've tried about a dozen different beers here and only found one that I didn't care for--a fruit based beer but I've determined that the style was good and that I don't enjoy fruit beers. The Penetration Porter and the Creme Brule Java Stout were very good but I think where Kuhnhenn really sets the mark is on their higher ABV brews. They pack a punch but anything they do with a bourbon barrel is stellar. I also think the Russian Imperial Stout, Solar Eclipse, and the Brown Ale, Double Nut Brown, are vastly underappreciated.

Kuhnhenn Brewing Company in Warren, MI
Brewery rating: 4.23 out of 5 with 11549 ratings