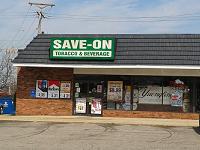 View: Place Reviews
Reviews: 47 | Ratings: 70 | Log in to view all ratings and sort
Reviews by yancot:

My go to place for craft beer in Cleveland. I travel an hour out of my way to visit this place every other week. The staff is friendly and extremely knowledgeable. Highly recommend. Lots of great local stuff.

ManBat12 from District of Columbia

This place is worth the stop

While visiting my father in law about 15 minutes away, I visited this place, ultimately twice, because of the reviews I read here. I am glad I did and I feel compelled to write my own.

This is not a huge store and a good portion is dedicated to wine and various tobacco products. What is present in the world of craft beer is interesting, plentiful and quite varied given the limited space, and compared to what I am used to, priced very well.

I went in on the day after Christmas to the sounds of some very religious Christmas music. The employee behind the counter greeted me right away and asked about my holiday. I asked about his and he chuckled that he was "recovering". Over the course of the time I was there and other people came in and out, the guy greeted himself twice more and apologized for doing so, referring once again to his previous day's exploits. I mention all this because despite the generic appearance, this particular employee, who was the only person there on both my visits, was very engaging and spirited, and that definitely improved the overall vibe of the place.

Things were definitely a bit picked-over because of the holidays, but there were still lots of goodies organized mostly in rows dedicated to domestic, import, Belgians, regional?, and finally, Ohio. Along the three walls are refrigerators with a few items not on the shelves, but not many.

There is also a growler station, and here management has decided to display new and interesting beers (Otra Vez) and beers behind the counter. Two of these at the time were Gumballhead and YumYumYum. Given that I cannot get and have never had 3 Floyd's, I enquired as the availability of these items to which the gentleman replied excitedly that he had some behind the counter. Worried, I asked about price and he said he could only part with two of each, but singles are priced in proportion the price of the 6ers, so these were 2.18 each. Ecstatic, he then asked if I had ever heard of Zombie Dust, and when I replied in the affirmative, he wondered whether I would like one bottle of that, same price. More points for this dude and his place. After grabbing some Clown Shoes bombers and a bunch of singles of beers I cannot get in MD, including a bunch brewed in Ohio, I headed to the counter. After telling the dude I was there because of reviews I read on BA and that the place lived up to the hype, he continued to that me profusely. When total rang up, he ran off behind the counter and brought back a Unibroue glass for me. I stopped by once more before heading back home and will make this a regular stop whenever visiting the area.

You can tell by the photo this place ain't all fancy and pretentious. The guy in line in front of me was getting a 30-pack of Miller Lite and the woman behind me a box of wine. Meanwhile, I got a six-pack of Anti-Hero, something from The Bruery and a bottle of KBS -- all at almost half the price of my usual craft beer shops in Pennsylvania. Plenty of friendly banter initiated from the guy behind the counter, too. Would stop here all the time if I lived anywhere close.

Updated 12/18. Not sure what happened but this store changed drastically. Don't even bother.

Awesome, organized selection. Clean place with a friendly staff that I visit every time I am out in the Mentor area. Highly suggested.

Tons of bottles to pick from but if you want to fill a growler call before you as they don't update the website as often as needed.

Awesome place. Best beer store I visited on my trip to PA and Ohio. Wish this was closer to home!

The best use of an old Dunkin Donuts location EVER!

Doesn't look like much, but what a great store. The staff are knowledgeable and friendly. They are willing to let you browse or will walk around pointing out all the gems. Hell, they even carry your cases (yah, I bought a lot) out to the case for you. An incredible selection on the growler filling station as well (Bodhi, DirtWolf, Breakfast Stout, Hop JuJu, Speedway!). If you spend a few minutes shopping and talking with the staff to prove you aren't a D-Bag, you will most likely be rewarded....that's all I'm sayin' ;).

Best store i found in the Cleveland area. the workers were very friendly and knowledgeable. the manager also hooked it up with some floyds from the back! will definitely be returning next time i go home to CLE

Stopped in due to the great ratings on here while driving through Ohio over the summer. We arrived about 5 minutes after opening time on a Sunday morning only to find the store looking closed.... luckily for us it wasn't. The owner was inside, opened the door and turned the lights on. He was very welcoming and had many suggestions of what brews were new and good. Very helpful.

The selection enormous. It seemed like most of the stuff was laid out in singles but six/four packs of mostly everything could be found. Lots of singles both in the cooler and out on the shelves, of which there are many. This was certainly my sort of store where you could look around and seemingly find hidden treasures at every corner. I am sure he would have told me where anything was but I kind of find it to be part of the fun looking around myself at first. Left with four mixed-six packs of brews from OH, MI (ton of Bells) to CA (which I can't get some of in MA). Honestly probably one of the best selections I have seen in ANY beer store around the country. Didn't seem overly dusty but also didn't seem like they moved things as fast as the best of them. Plenty of US craft as well as Belgian and foreign bottles as well. Prices were much better than what I am used to paying in MA, save-on indeed. Anyone with a selection of singles around them like this is very lucky.

Good stuff, Wally will only take care oif you on the rare ones if he feels like. Which is about 50% of the time. James has grown on me but is still a bit 'out there' Amazing selection of singles, most of which are cold.

Does not look like much, but wow. Varied and extensive selection of craft beers, both domestic and import, local and regional. Knowledgable staff, extremely friendly and helpful. All around great shop!