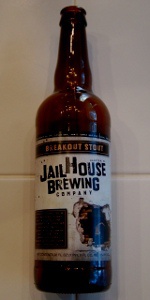 Notes:
View: Beers
Reviews: 68 | Ratings: 195 | Log in to view all ratings and sort
Reviews by beernads:

I had some last year and have bought a couple six packs this year. The bottle picture is different than in the picture and the sixer I bought were 8%. This is a good stout. It isn't quite as strong ABV as I like but it is very drinkable. To me this beer tastes best after I take it from my Yeti cooler and pour it and let it sit for about 10-15 minutes. The head gets thicker and that's what I enjoy in a stout, the thickness of each sip. It is really the only thing this beer lacks. I am a huge supporter of GA brewing and this is a beer that every stout fan should try and will enjoy.

I tried this beer at the brewery itself and was definitely surprised.

I really liked the character of the beer.

Mouthfeel was typical of a stout.

A decent amount of head for the pour.

Lots of coffee notes and not as much roasted notes as I would have liked. I assumed that they used more chocolate malt.

From a trade from some pals in Atlanta in August of last year. This beer has 14 months of age on it.

There's not a significant head resulting from the pour, just a thin layer of dark khaki-colored foam that quickly dissipates, leaving a layer of lace sprawled atop the liquid. There's plenty of carbonation visible, moving slowly through the viscous, pitch-black beer.

Dark roasted malt and oatmeal offer a pungent aroma at a first whiff. There's a hop presence there, but it's very reminiscent of the hops you'd find in a well-aged barleywine, having lost their potency and now just smelling earthy. Hints of chocolate and aroma mingle on the nose, but they mostly go undetected.

I'm quite surprised by how much more flavorful this is then the nose let on. There's a potent mix of dark, chocolatey malts and dark roasted malt, leaving an alternately sweet and roasty flavor. Some vanilla and caramel are present as the beer's middle reveals some silky creaminess and a light, effervescent mouthfeel not typical of a stout. Lingering earthy hops give the beer a dry, slightly bitter finish. Most nicely, I don't get a hint of alcohol on this beer.

I like this beer, especially the strong chocolate presence and the easy-drinking body. I only feel like the IBUs on this and the hop presence don't allow it to age as well as it would if they were more subdued. That's why I'm rating it a good beer instead of a great one.