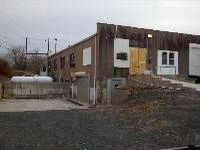 Always running out of beer. Not a big fan of drinking guest beers at a brewpub. Bad service. Takes forever to get a refill. If you're not a regular regular, don't bother sitting at the bar. Overpriced, substandard food.

I HAVE TO GIVE THIS REVIEW IN CAPS, BECAUSE THE REVIEW IS ON THE ORIGINAL LOCATION & NEW !!! AND I WAS NOT ON BEER ADVOCATE WHEN I WAS AT THE ORIGINAL... And now I was to the new location and was SO VERY DISAPPOINTED in everything about it !!! There was no atmosphere, feel nor the look of the ORIGINAL LOCATION. ThE ORIGINAL LOCATION HAD IT ALL GOING FOR IT... SECLUDED, SPEAKEASY STYLE, OLD WAREHOUSE, & FRIENDLY SMALL CLOSE FEEL !!! And now they went commercial and for me a BIG DISAPPOINMENT & MISTAKE !!! It still has their GREAT BEERS, BUT ALSO DOMESTIC NOT WOTHY YELLOW BEERS. Not an advocate any more of PRISM'S new location.

The beer at this place is average at best (when they actually have any). The old location had lots of charm and part of the fun was finding it because it was hidden near old railroad tracks in a shack. It was cool. Hotdogs and chicken fingers. Great atmosphere back then. The new place is in a shopping center which used to be a fitness center. I went there on 12/29/16 and to my dismay, they were out of beer. Was it posted somewhere? Yes on one of the doors but not on the side doors which I entered through. They did however have a couple guest beers on tap- 3 they were out of (always lame- the guest taps). Didn't even have bottles of their stuff on hand. Let's face it - Prism was a marginal dive brewpub before. They are now trying to be something they are not. Throwing money with a glossy image makeover plus fancy overpriced food and I still see through it - their beer just isn't very good!

They've opened a new location since the time I stopped in. The vibe of the old place was a bit of a dive, the selection wasn't too bad but nothing too crazy either. The service was good, would like to see the new place sometime.

I didn't bother to check into the actual brewing facility, but just enjoyed a few pints and some nachos while relaxing in the kind of funky, unpolished tasting room. Looking at the exposed cinderblock building that houses it, I think it might have been odd if they'd make in any nicer than it actually is, which is kind of cool.

The food is limited by their space, and yet it's somehow works with the feel of the room; and as far as the most basic of pub food goes, it's pretty decent. In fact, I was actually quite surprised by how many people seemed to actually be there for lunch!

The beer is probably limited by their space as well, although I'm not sure. I think there are usually 8 beers on tap, and maybe 1 on hand pump, although I could be wrong as I'm somehow thinking 10. Anyway, the mix of beers is pretty good, offering a range from blonde to stout with some interesting stuff included as well (bacon stout?).

Service, I'll assume, can be different based on who's tending bar, but in the midst of a massive rush (and apparently with a kitchen that had been left unstocked), Sharon was able to keep everything together and make everyone happy.

Probably the best news of all is that they'll soon be moving to a new location! It might lose some of the cool grittiness, but I'm sure it'll be nice, and it'll probably help with the brewing as well.

Everything Prism puts out is quality and exciting. Unique.

Small but great brewery. They have a small pub on the front end. Make sure you don't get lost trying to find them.

Went on a Saturday afternoon. Not at all crowded. Seems to be a two level affair with the taproom/brewery on the upper level and a cellar down below. Especially impressed with the Mason's coffee porter. Everything else was decent but not life-changing. Good prices. Pretty limited kitchen in the bar area (fries, pretzels, pickles and the like) but looked appetizing and less-pretentious than some similar places. Would go back.