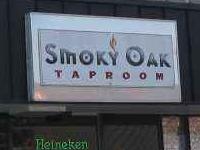 View: Place Reviews
Reviews: 9 | Ratings: 16 | Log in to view all ratings and sort
Reviews by djhowell:

We stayed at an Air B&B place on James Island and our host recommend this place. Great call!

The beer menu was extensive and impressive. A relatively good spread of styles, but a lot of redundancy. Still great to see so many local breweries! The beer menu also listed the breweries' town of origin, which suggests someone there gives a damn about craft beer! My one complaint was that there was an... interesting beer on cask that was listed as an IPA, but was a rosemary and hot pepper brew. It didn't really go well with dinner... or anything else I could imagine.

The food was great, and relatively well price. I got a mix of ribs and pulled pork and the Mrs. got a half chicken. Neither of us could finish out meals. Made for some good leftovers though!

Our server seemed minimally aware of craft beer, but as a BBQ joint, I can overlook this.

If you're on the island, I would go so far as to say this place is mandatory for dinner. Great BBQ, great beer.

Best bar/restaurant on James Island, no contest. There are some other places with a better beer selection, i know. But if you want a place you can get a better than average selection of good beer, excellent food thats bad for you and and a great vibe from the employees and guests it's hard to beat. I def. spend more time and money here than all other bar/restaurants combined.

You won't find a quality big burger for the price anywhere else in the Charleston area. Add to that a changing beer list that consistently ventures outside of what you may know and you have a great combination. But that's not all.

If you want to watch any sport event, Smoky Oak has all the packages as well as the TVs to show them.

Many of the bartenders and servers I have gotten to know by name and they will certainly be more than happy to accommodate you if you want to try something new.

Nice local feeling place, kind of in a residential shopping area. Open layout, kind of bar on the right, restaurant on the left. Woody and cozy, though not over done. Quite a few flatscreens. Service was attentive, knowledgeable enough. Barbeque solid, dry rub and smoked, put your own sauces on. A little pricey.
Beer also just a tad pricey, but for the selection I'll deal with it. 45 on draft. Yueling was probably the only "wasted" one. I think 6 locals, the rest regional or national micros. The full gambit of styles.
Overall the largest selection for a beer bar I've seen in Charleston. One of the better food/beer combos as well.

What a perfect spot to enjoy some BBQ and great beers. I can't ever seem to pass up the $10 beer flights with a choice of ANY beer on the menu. They have a few select "permanent" brews but the majority of their taps rotate for seasonality or limited release brews. Let's not forget their extremely delicious BBQ and some killer pizzas. They also have a rotation of music talent coming through constantly. Aything and everything you expect out of a bbq joint with the added delight of BEER!!! I only wish I lived closer.

I went here for lunch today. The place was pretty empty until 12 when it began to fill up rather quickly. A country type bar with country music playing and a BBQ themed restaurant indoors. Reminds me of the metal BBQ shacks up in NC. Perhaps a bit twangy for me, though.

Large selection of brews. Southern Tier, Great Divide, Terrapin, DFH, Coronado, Founders, RJ Rockers, plenty of others. About 20 or so total drafts and all were craft. I had the Sotuhern Tier Pumpking and it was deleicous.

The food was good as well. The pulled pork BBQ plate was good and a decent price. The beers are really pricey, but all in all, this is a great place. In between Charleston and Folly so if you dont want to make the drive to the beach for great beer, stop here and have your needs met. I will certainly be back.

stopped in here when i was on vacation last month. i had never heard of the place before so i figured i would give it a shot. stopped in with my brother in law for a late lunch and was fairly impressed. nice looking place with a good selection on tap. had a 32/50 with a pulled pork sandwich and could not have been happier. was kinda slow when i was there, it was a wednesday afternoon, but still everyone seemed friendly.

overall not a bad place, there are alot of great places in charleston now, and a few years ago this would have been considered top notch.

Surprised I haven't reviewed this place yet. Got to stop by here after a nice long surf session. I went a little out of my way to go check it out, but it was worth it. They had a nice beer selection of regional and micro brews for reasonable prices. The 'que isn't half bad either. Not the best in the area, but still worth stopping by for. Overall a pretty cool little place in, what used to be, a dried up strip mall on the island. Waitresses are nice and keep good tabs on your table. I only wish they had a place like this in Goose Creek.

Finally got to go for dinner tonight, and left very satisfied and quite full.

The beer selection was superb. I had an Allagash Victoria and a BP Big Eye IPA.
The food was fabulous! I'm a BBQ judge, so trust me when I say that the meat is great, and served naked as it should be. You have four sauces to use if you want (Chipotle, Hickory, Vinegary, and a Carolina Gold (surprisingly my favorite)). Good, attentive wait staff.

It's loud in there. And I guess it's because we went on a Friday evening, but there were a lot of folks who seemed pretty wasted on their Bud Lights and Mich Ultras.

I can't wait to go back!


Smoky Oak Taproom in Charleston, SC
Place rating: 4.29 out of 5 with 16 ratings