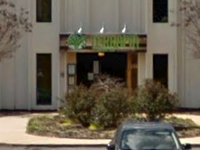 Reviewed by Rooster024 from Delaware

Reviewed by larryarms847 from Illinois

Most of the options are just average, but some of them are outstanding.

Can't really complain about the service.

There's definitely quite a bit to choose from!

Reviewed by HotOpinions from Tennessee

5/5  rDev +19.9%
vibe: 5 | quality: 5 | service: 5 | selection: 5
The best brewery I've ever been to. A lot of memories with this place, being a college- age kid hanging out with friends here. Lots of live music, fantastic service with a zig zag bar meant purely for serving so as to keep wait time short, and a large outdoor area that is pet-friendly and a great place to hang out in the sun. They also do tours of the brewery which are very entertaining and informative. A must-see when visiting Athens.
Feb 27, 2018
Rated: 4.16 by ldhughes0307 from Georgia

Reviewed by CollinaTiger from South Carolina

4.07/5  rDev -2.4%
vibe: 4 | quality: 4 | service: 4 | selection: 4.25
As expected, crowded on a Saturday...this was almost exclusively a college-aged crowd.
Good live music playing in the corner.
I liked the "floating taps" and zig-zag shaped bar and this seems to move the beer line quicker as bar is designed for pouring and not hanging out.
I had the Hopsecutioner (excellent) and Hi-5 (good).

4.31/5  rDev +3.4%
vibe: 4.25 | quality: 4 | service: 4.5 | selection: 4.5
I visited both Terrapin and Creature Comforts on the same day. I'll admit I was expecting Creature Comforts to blow Terrapin away but surprisingly the exact opposite was true. The selection, the service, and the overall vibe was much better at Terrapin. I would definitely visit again.
Jul 05, 2016
Rated: 4.71 by Dreizhen from District of Columbia

Reviewed by ryho from Georgia

I thought the service was great. The tour guy let us home brewers walk around to look at their plate chiller, it was insanely massive. I liked that you had the option to use all your tickets at once and get a flight of beers.

3.81/5  rDev -8.6%
vibe: 3 | quality: 4 | service: 3.75 | selection: 4
The brewery has gotten huge, and they are apparently about to undergo a major expansion. The taproom is... kind of dreary. It was very crowded and very, very loud when we got there. I can't imagine how terrible it must be when they have live music inside as the stage in the corner implied they do... They have a huge outside "beer garden", but that is not attractive in July, and I got the impression that it might get consumed by the coming expansion anyway. The bar setup was kind of odd, there were several stations along the length of the bar, all with the same beer, it reminded me of ordering food at a theme park.

The selection was pretty decent, all their standards with a couple seasonals and one offs and even a cask available. You buy a tour and tickets, because its GA, but they give you plenty of beer, more than my wife and I needed or wanted, and the tour is one of the better ones as far as seeing the actual brewery (the tour guide only had one or two inaccurate talking points, which is better than most).