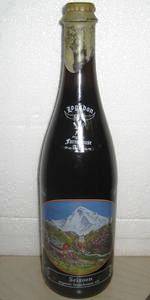 Notes: "Our unfiltered Seizoen, with its beeswax seal, is naturally fermented and carbonated with pear juice and select yeast strains, producing complex, fruity and spicy flavors balanced with whole hops and a soft malt character."
View: Beers | Place Reviews
Reviews: 114 | Ratings: 484 | Log in to view all ratings and sort
Reviews by xhuang61:

I do not like Coriander, Sam I am. Would you drink it in a Farmhouse Brett. You will like the Logsdon I bet. I would not could not... is it from Logsdon...Well, Okay, I will try it in a Brett - but only because I have rated 3 out of 3 Logsdon brews 4.1+. HEY... it still tastes like coriander, Unfortunately I still do not like that flavor. That being said the beer is beautiful with a light yellow color, a great head and wonderful lacing. The beer looks really great for tasting. The coriander slips into the smell, but I'll still try it what the hell. The taste is dominated with the spice, or strain, it is playing negative on my brain. The feel is outstanding despite the spice. Overall this beer is quite very good (based on the 3.75 rating) - or nice.

375ml bottle - hmmm...'Seizoen' - I presume Logsdon has a strong Dutch connection, or are just pretentious. No mention of pear juice on this one's label.

This beer pours a hazy, bright medium golden amber hue, with one finger of weakly foamy, somewhat bubbly, and generally soapy dirty white head, which leaves some random streaky lace around the glass as it slowly ebbs away.

The carbonation is fairly involved in its stubborn and sturdy frothiness, the body a decent middleweight, and not particularly smooth, as that zippy yeast and its edgy friends wreak havoc as such right here. It finishes trending dry, although the base malt seems to have a chip on its shoulder as it soldiers on.

Just weird and different enough to let the uncommon Dutch (Flemish?) naming convention pass - yeah, that yeast does a number on my palate with its various flavour contributions, but alas, the heady astringency just makes it hard to drink. So, I suppose, the overall score suffers a tad, yet don't let that stop you from giving this one a go, especially if this is your sort of thing in the first place.

A - Poured into a Kate the Great tulip a nice crystal clear golden hue with a quarter inch head that fades to leave nice lacing and a thin blanket.

T - Taste is very delicate, light pear and sweeter malts, strong phenolic towards that
middle, the pear is nice and lightly juicy.

O - Overall this beer was nice, very drinkable, would like some more pear though. Alcohol is hidden nicely.

Pours a cloudy amber-and-orange, with a thin cap of off-white head that sticks heartily, though sporadically, to the sides of the glass -- in the appropriate light, this beer is reminiscent of a setting sun, becoming more translucent and apple-like as the quantity wanes. Gorgeous.

Smells of crisp citrus (lemons), apples, tart green grapes, bananas, some mild funk, and the unmistakable presence of Saison yeast. A vinous, white wine characteristic is discernable, as well, with the sting of alcohol not entirely masked. There's an underlying, malty sweetness that balances the nose well.

Citrus and bananas are again dominant on the tongue, complimented by pepper-like spice, fruit, bready yeast, and malt. Alcohol is faintly noticeable, but is far from a distraction. The flavors seem subtle, at first, but build substantially as the glass progresses. This beer has quite the body for a saison, with a hefty amount of carbonation that perfectly suits the style.

Seizoen is an excellent Saison -- one of the best I've had (surprising, considering its American origin) -- perfectly-balanced, extremely refreshing, and wonderfully complex. This beer is also dangerously drinkable; I instictually want to guzzle the entire glass and must forcibly restrain myself. Logsdon is an intriguing and promising brewery; I'm highly anticipating their future releases.

Poured a cloudy orange-amber with four fingers of fluffy white head that wasn't goin' nowhere. Aroma of pear, banana, and light peppery spice mixed with a trace of funk.

Light, crisp mouthfeel with ample carbonation that leads to a smooth, creamy finish. Bread and earthy spice up front mingling with apple, pear, white grape, and a dry, grassy finish.

I grew up in Hood River and am probably giving this a slight ratings boost out of nostalgia, but this is a delicious and refreshing saison that is well worth trying. Good balance of spice, earth, and fruit.

This poured with a nice light clear gold color. A nice head but it faded quickly. The smell is that of a more sour ale, but still lends well to the beer. The taste is that of some spice mixed with a little bit of citrus which keeps it tart. There's still some hearty flavors in there too which help remind me it's a 7.5% beer. The mouthfeel is pretty great, it fits the beers character and isn't overly carbonated. Overall I enjoyed this beer, I could taste the quality that was put into it. I would definitely recomend this to a friend.

Wow. In PDX and walk over to a local grocery store and can pick this stuff up. No idea why this isn't like 95+, this stuff is amazing. Really really loved this. Not too sweet and not too bitter or funky. One of my favorite saisons to date!