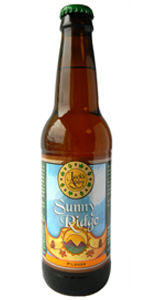 Notes: This aromatic lager features a sunshine hue, herbal noble hop nose, and a dry finish. We balance pilsner malt with a blend of European hops and polish it with extended periods of cold conditioning. You're royalty, now drink like it.
View: Beers | Place Reviews
Reviews: 96 | Ratings: 395 | Log in to view all ratings and sort
Reviews by sourlinus:

It means a total lack of esters, for one, along with a crispness that lends to supreme drinkability. It should pour bright, clear, and filtered (which it does) but nonetheless sport a nifty white head (which it does). The hops should be clearly present ("tangy," in the words of Michael Jackson) but not nearly as dry or assertive as they are in Czech pils. But the key, my friends, is crispness. There should be no wavering flavors whatsoever, and the beer should finish as clean as summer's morn.

Summer Ridge is does all that. It does all that quite well. I just had the fantastic Tannen Zäpfle a week ago, and this is easily its peer.

We think of pilsners as golden and filtered but in my experience the more pallid and turbid the better. Sunny Ridge has a yellow colour so ghastly pale it looks neon at some angles and, being unpasteurized and unfiltered, its complexion is so thick as to be barely translucent. Its head is like soap scuz.

Pilsners don't get the full credit they deserve, probably because most mass-produced beers paraded as pilsners are so poorly and improperly made. People don't realize that a correctly hopped pilsner is among the most pleasant and aromatic style there is. It's the beer drinkers potpourri. This one has the right stuff: it's like smelling the inside of a lemon that's been stuffed with flowers and dried grass.

Those same citrus and grassy flavours replay on the palate with every sip, remnants of them sometimes lasting through the aftertaste. They are splendid. The malt is tasty good, though it's not quite as apparent; those fluffy bread and fresh dough notes can't stand up to such a coarsely herbal bitterness.

American brewers do their own thing extremely well - hence why entire styles have been redefined to their tastes and standards. But these more aggressive and audacious offerings fly in the face of traditionally milder, more moderate English ales. And, with a few notable exceptions, they can't seem to capture the mystical essence of Belgian ales (even when using the same magical strains of yeast).

When it comes to lagers, the likes of Germany and the Czech Republic are still the tops. But American craft brewers are narrowing the gap quickly; there's a number of fantastic lager producers and Jack's Abby, to name just one, have a product lineup as good as any European brewery. Some of them, Sunny Ridge included, are more than mere homage to these iconic beers they are their contemporaries.

Relative ranking. Beer is just ok for me.

12 oz glass poured into a can glass.

T: upfront you get the hops a light spicy floral notes then you get washed away with bready doughy malts and a little corn. Finishes with a little bit more of the floral hops.

M: good carbonation light and crisp on the tongue.

O: Enjoyed this quite a bit, I would seek this out in cans or bottles.

Sampling a cold 16 oz can poured into my mug. doing this one as part of BA pilsner tasting day 5-29 through 5-30 2020.
Beer pours a slightly hazy straw yellow color with a frothy bleached white head of 3 cm. The foam eventually fades to a thin edge layer that remains through the sampling.
Aroma is some biscuity malt and a bit of grass and wet straw scents all mixing together. Maybe a hint of floral hops too.
The nose is not overbearing and is appropriate for the style.
First sip reveals a lighter body with gentle carbonation and a slick easy drinking texture. Beer is crushable on the physical traits.
Flavor is brief biscuity or toasty malt and then rolls to grassy hop notes and some hay or straw and finishes with some floral character. The beer goes dry on the swallow and a slight bitterness lingers.
This is a solid pilsner that isnt too much in any direction. Enjoyable and worth bringing out for a session with friends.

A - Poured from a growler into a weizen glass. The pour produced a relatively tall head, with fluffy bubbles that dissipated relatively quick. Negligible lacing on the glass. The beer is a crystal clear golden straw color. A moderate amount of visible carbonation slowly works its way to the top of the glass.

T - Follows the nose. Very similar to Prima Pils. No surprises here. The breadiness is in excellent balance with the grassy hops. Firm underlying bitterness.

M - Clean and refreshing. Medium-bodied. Very easy to drink in any manner of your choosing.

O - I split a growler of this with my brother and was sad to see it go. I could definitely go with another one, especially in slightly warmer weather.

Pours a hazy golden hue, brilliant white head. Smell of lime and crackers. Nice bready crusty backbone to this. A touch of lime juice on the finish. Nice peppery bite too. Very drinkable, but not the smoothest pilsner, even locally. It does a lot of things to a satisfactory level, but nothing to an extraordinary level. That's perfectly fine.