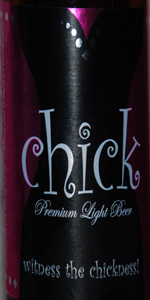 A super clean grain flavor hits, followed by a lime fruit loop, then fades on a effervescent chemical note. Some trailing cereal grains are left lingering.

Feel is extremely carbonated, and drinks like soda water.

Overall, while the taste isn't bad, it has nothing to offer as far as depth or flavor. Good with pizza, finally got around to reviewing this on a clean palate...not that it was worth it.

Reviewed by scaliasux from Wisconsin

O - More likely a light lager than a american pale lager. Not good, but to style and much less offensive than some other Minhas options. Can't say that I really like it.

Rated by MattM from Illinois

Reviewed by Hobo53527 from Wisconsin

Reviewed by davey101 from Connecticut

A - Crystal clear yellow. Pale as can be. Faint edging and a swirl yields some quick lacing.

S - Very sweet corn aroma. Its a sweetness that I attribute to most AAL, but it cranks things up to 11 with an almost fruit like level. It smells....attractive?

T - Sweet corn, a bit of cereal grain, and then nothing. Perhaps the least offensive, least interesting, and least imaginative beer I have ever had. Mouth feel is crisp and lively.

O - I mean....its kind of good. Its a very sweet and light beer that I could drink far too easily. Its just so damn easy. I'm gonna go ahead and use a word that you'll probably never see on this page. Quaffable. Bam, chick beer is quaffable.

Reviewed by match1112 from Illinois

o: if you are looking for a clean unoffensive light beer to impress the homeys with, this is it!

2.63/5  rDev +7.8%
look: 3 | smell: 2.5 | taste: 2.5 | feel: 2.5 | overall: 3
This beer poured out as a pale looking yellow color with a white head on top. This actually has a pretty good retention to it. The smell of the beer is sweet and grainy, no hop aromas from what I can tell. The taste of the beer is sweet and had a corn-like flavor to it. The mouthfeel is kind of harsh with some strong carbonation to it. As the beer sits it mellows out nicely. The beer is light bodied and moderately refreshing. Overall it's better than I expected.
Oct 20, 2012

I felt I owed this beer a taste after decrying its inception. Why not, right? It pours a clear pale straw topped by a finger of short-lived white froth. The nose resembles that o wheat-flavored mineral water. Or just some bland barley malt tossed into a glass of mineral water. Wow, talk about inoffensive: it's offensively inoffensive! Dammit, gimme something worth my nostrils' time! The taste doesn't bring much else to the table, though some vague senses of corn and rice pop up every now and again, but, then again, it could just be my tongue trying desperately to find some semblance of complexity in a beer that clearly has none. The body is fairly light, with a very light moderate carbonation (a bit more bubbly than the description let on), a watery feel, and a lightly crisp finish. Overall, I might have been better off drinking a bottle of Perrier or something. At least then I'd be drinking something that wasn't pretending to be something it's not. I'll say it again: this stuff is offensively inoffensive, some of the blandest beer I've put in my mouth that hadn't been manufactured in a Bud, Miller, Coors, Heineken, or some other industrial macrobrewery.

Women, I know you have more taste than this...don't buy the fake hype!

Reviewed by THECPJ from Delaware

overall: rather boring for the style with no hop character. but another brewery down. My fellow friend below likes chick beers while I like the Chicks.

Reviewed by pwoody11 from Delaware

Company says the flavor is soft (tasteless), smooth (carbonation of your typical BMC), and full bodied (like a glass of water).

No surprises here. Light on flavor, slight hint of something fruity. I can see this catching on with the 20-45 female demo, which I assume is thier goal.

Novelty beer for me.