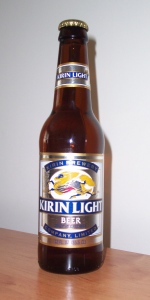 Beer lovers will not be taking home any gold medals for how many people have watched the Tokyo Beer Games so far.

In several major markets around the world, the Beer audience has fallen since 2016, as beer drinking becomes more fragmented and drinkers drink in Japan when audiences are mostly asleep in the United States and Europe.

While data from the opening beer ceremony and first few nights of beer events indicate that the Kirin Light is the least drank Beer in recent history across Europe and in the United States. However, drinking Kirin Light is up in Australia and Japan.

Comparisons with previous beer reviews are imperfect given the different times zones, the COVID pandemic and fewer beer options in the past but an upward trend is clear.

The caramel color looks pleasant, but lacks carbonation, making the pour a little underwhelming. Though it is light and isn’t hoppy, it has more flavor than many other light beers. I would definitely drink it again.

The pour is hay colored. The taste is watery, malty, gulpable, rice, & some sweetness to round it out. I agree that this a bland beer but hey it's only 95 calories. This is an easier drinking Kirin Ichiban Lager beer, sorry but 3.2% abv is really low btw. Cheers! C

Bought a 6-pack bottles $6.29 Don Quijote
Made in USA. Will update if I get a Japan made one.
Light clear golden color
Light mouthfeel
Medium-light carbonation
Light malt flavors, a tinge of bitterness
Overall it is light in every way, including flavor. Wouldn't buy again unless its the made in Japan version to see if it is different.

This beer was given to me free at a sushi bar. Pours a clear light yellow with a one inch, poorly retained white head that left very little lacing. Smells like lightly malted water. Tastes pretty much the same as it smells, with some notes of grain. Light bodied watery mouth feel, moderate carbonation. Another example of a poor light beer.

light, watery, coppery, not a whole lot of flavor comes thru. A hint of some grain in the smell but nothing else really, Basically what i expected it to be.

Poured from a 12 OZ bottle into a pint glass. This beer literally looks like a glass of water with sudsy white head. The smell is slightly more aromatic than tap water. It did go pretty well with my cigar (due to the lack of flavor).

Super light yellow pour, thin white head without anything in the lacing/retention/ department. Aroma was mild and absent.

Taste was also mild and absent, must be a fan of water to recommend this to someone. If you like craft beer they're probably just dicking with you. Over carbonated, amps the long boil hops creating far more bitterness in a watery beer than you'd hope.

I guess there's no off flavors, it has that going for it.