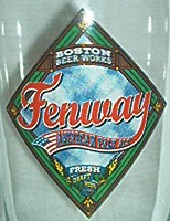 Delicious, smooth and crisp taste. I loved it and will order again!

Something must have changed since the Bros reviewed this one in 1999 and gave it a "Very Good" rating.

I get a cloudy orange pour with a fizzy head that dissolves fast.

Aroma is buttery but beyond that I pull in some yeast, pale malts, and a mild hop note. Smells more like a mash rather than a final product.

The body is light to medium so that's OK.

The taste is bland concoction of pale malts with a fairly forward hop note but it still tastes a bit off.

Appearance: Clear amber with a sticky ring of lace.

Smell: A blend of caramel and faint fruity esters, evident hop also in the nose.

Taste: Crisp and clean with an assertive hop bitterness, nice rounded maltiness ... a little fruity, a little caramel and a bit more malt. This brew finishes very well with a drying grain and hint of lemon.

Medium Brown color, medium head. A medium bodied pale ale. Slightly roasted malts, slightly nutty with a touch of chocolate. Nice hop bitterness. Good balance, nice mix of flavors. Mouthfeel is full and round. Finish is clean and crisp. After taste is fairly bitter. A little hoppy for a an American Pale Ale, but a nice beer.

Caramel-colored with a weak off-white head. Aromas of citrusy hops dominate. Nice hop bitterness with a twang of orange peel are somewhat balanced by a sweet maltiness in the middle. Finish returns to the hops. A drinkable and very palatable APA.

Dark Copper with lots of head. Lighlty carbonated to the point where I would have sworn it was going flat. Flavor relativiely subdued and uninteresting. Moderately hopped. Drinkability is decent as there is nothing offensive here. My guess is the contract brewing might have caused this to go amiss.

Red-brown and slighly foamy. Drinks extremely well. Smooth and lightly carbonated. The flavor was light but it had a nice light sweetness on the finish. I didn't really feel like it was enjoyable until I was finished with it.

Sample at Beer Works Fenway (tower version): The beer is an orange-amber color with a medium thin off-white head that dissipates quickly. Very little lacing of which to speak. Citrusy hops aroma with hints of muted roasted malt. The finish is round and soft, and moderately bitter and dry. Overall another forgettable and average beer.

Presentation: I recently drank a pint of this beer at the Post-Stammtisch BA Social held at the Boston Beer Works, North Station on Sunday, September 14th. After the Back Bay IPA (I promised myself that this would be the first beer I had if I ever returned after my visit in Feb. 30), this was to be the second Pint of the session. I opted for it because it was Cask-Conditioned and served via Beer Engine.

Appearance: Copper brown body with an Amber hue that had a very slight haze. The dirty white head was a large bubbled mass so typical of US cask beers served through a Beer Engine with no sparkler and often pulled a little too hard. Almost no dissolved carbonation, revealed low conditioning. In fact, this was a little flat to be honest, again, a typical complaint I have with the way the US so often serve cask beers. That said; this was not too much of an overall distraction but it did lower the appearance and mouthfeel mark to 3.5.

Nose: A refreshing mix of malts and hops, with a clean smell. Some lemony citric hints at the back end.

Taste: I really enjoyed this Pale Ale, it had just the perfect mix of malts and hops fused into a beer that I guess was around 4% ABV, the optimum strength for cask Pale Ale I think. Talcum powder soft malts mixed with fresh sharp often floral hops balanced perfectly.

Mouthfeel: Had a grainy feel towards the malty middle, but the hops eradicate this with a biting finish. The smooth but flavorsome textured mouthfeel skillfully maintains a presence that is much bigger than its average strength suggests, clever that.

Drinkability: A true session beer, and great to see it in cask format, it really does benefit from this method of dispense immensely.

Overall: Highly enjoyable, well-balanced, clean flavorsome Pale Ale that perfectly suits it strength (around 4.5% I would guess). I just wish the Pint that I had would have had a little more conditioning, it suffered a little from its flatness, with more conditioning this would have been a 4.25 Overall.

The beer as poured, is a translucent deep ruby red with a prominent head and oodles of fine lace to coat the glass. Sweet caramel, malt make up the pleasant nose with the start sweet and the top skinny. Finish has a nice hop spicy bite, moderately carbonated, dry long lasting aftertaste and a decent beer all around.

Copper, amber with a tan head. Nice carbonation and decent lace. Nice balanced aroma with citrus hoppiness dominating. Well balanced flavor that tastes as it smells. No overpowering hoppy bitterness like many APAs. Medium bodied and light creaminess with a nice bitter finish. As good as I remember the contract brewed bottle version being a few years back... yummy!

Pours an amber-brown with a two finger off-white head, leaves full lace rings behind.
Caramel, grapefruit, floral aroma, very hoppy for a pale, definitely hop forward, little malt stands out.
Again in the taste, there is caramel and some toffee, but the aroma hops are back again in the taste.
Medium bodied, good session beer before a Sox game, a fresh hoppy pale ale.

Clear copper in color with a short-lived and non-lacing layer of whitish head. Hard to discern the smell, but there's a well-balanced mix of citrus hops and some sweetness. Flavor seemed off...unbalanced and a touch of sourness near the end. Finished with a grainy/husk-like aftertaste. I much preferred the cask version from the Canal street location.

Dark copper color and nice lacing...
Aroma was a little malty and a little hoppy...couldn't get a great nose from this one...
Taste was very good...I got an immediate floral/piney hop taste followed by a caramel malt quickly to a bitter kind of finish...I liked the fact that this had a few flavors and kept my tongue happy...but I would have liked it a bit more blended...seemed to jump from one flavor to another...
mouthfeel was good...not watery...
drinkability...great...especially for watching a game on the tv...

This beer poured a cloudy amber body with a frothy white head. It looked as if someone had taken a straw and blown bubbles in a glass of milk to form the head.

The nose was a very nice mix of fresh malt and a citrus hop smell.

It ended very smooth with a citrus bitterness.

Overall just a textbook classic cask american pale ale. Every sip I kept thinking that this must have been what the beer tasted like in 1770's as the founding fathers sat around in boston pubs and plotted the american revolution.

Beautiful pour - thick creamy white head atop a hazy golden brew. Aroma is malty, with a hint of flowery hops in the back. Flavor starts sweet, malty, small fruitiness, follows with a good mild hop ending which brings it all together. Very well balanced offering.

Appearance: clear copper in color with a 1" head that falls pretty quickly. Some spotty lacing develops.

Smell: light candy sweetness and a bit of bitterness.

Mouthfeel: mildly crisp at the start and the finish is smooth. Very short aftertaste. Medium bodied.

Drinkability: pretty good, and this would go well with a pizza. A definite session pale ale.

The beer is a somewhat hazy copper color. The server managed to get a little bit of a white head on mine. It dissapated rather quickly. Their description while short is rather to the point and accurate: there is a fair amount of maltiness to this and not much in the way of hops. A little different balance than a typical pale ale, but still a pretty decent quaff!

Smells like a well-balanced pilsner; lots of caramel and a touch of hop bitterness.

Far more bitter than the smell would indicate--it dominates the buttery dry malt flavor. The aftertaste is bitter without any of the subtleties of the finer hop varieties. For the style, this has a rich body with an expected level of carbonation. Overall, a very pleasant APA.

a warm spring evening in the biergarden at Canal St.

A dark wildflower honey brown. The brilliant white of the low head looks strange over the brooding, muddy cloud in the glass. That's not bubbles clearing, neither. I have a bad feeling about this as I scent malt syrup on the wind. Despite the heavy syrupy scent, it's startlingly light-bodied, thin, and fizzy. Once the sweetness clears, the only clean taste emerges, a tingling grapefruit.

No, sorry, I don't like this at all. It tastes like half a grapefruit buried under a box of brown sugar. The cloudiness reminds me of a comment I've read about the "sticks and twigs" school of American cask. And why does there have to be Cascades in everything?

There's nothing pale about this ale. It's too hoppy for a brown. They should have called it a mild.

Poured a nice clear copper in color with a big foamy head on top. Lots of lace. The aroma is slightly malty with hints of citrus. But the citrus were lost in malt flavors. Which came across as very creamy. The hops were present, but not very balanced with the malts. Mouthfeel was very heavy, and just sat in my stomach. For a pale ale, this beer was offly heavy, and I would be surprised if this batch was not a bit off. I will have to go back later and try some more. Bummer ;-)