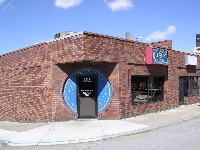 View: Place Reviews
Reviews: 31 | Ratings: 53 | Log in to view all ratings and sort
Reviews by benito:

My final stop during the Nebraska beer tour. It was preceded by its reputation as the must-visit beer bar in all of Nebraska. Rightfully so, maybe...

Perhaps I can't appreciate what it means to have a great beer bar in Omaha, but I found this place lacking. They did have a nice variety of taps that drew from across the country (Colorado, Missouri, the Coasts), and they did a fine job of featuring brews from many Nebraska breweries (Spilker, NBC, Empyrean, Modern Monks). As it was Monday, they had a killer deal on NE beers--$2.50 a pint. That sort of deal gives this place legs!

It's a dark, carpeted, single room with lots of brewery schwag adorning the walls and ceiling. It does feel a little cluttered. The bar sits prominently in the front, and they have several chalkborads displaying the current offerings. I was disheartened by the bartender's inability to locate one of the Empyrean taps (I eventually found it for him).

The fact that the Belgian beer bar, the German beer hall, and the great beer store are attached does make this a sort of must-visit location for beer travelers. Just don't expect Falling Rock, Horse Brass, or the like: in a 'craft beer city,' Crescent Moon would be second tier.