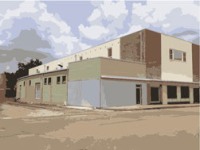 Reviewed by Argail from Louisiana

4.22/5  rDev -0.5%
vibe: 4 | quality: 4.25 | service: 4 | selection: 4.5
First off, having just arrived in from Alabama, I want to make it very clear that no, I did not come with a banjo on my knee. I feel it’s important that you know this up front. We stopped somewhere a little ways back that turned out to not be what they call, ‘good’, so we bailed and came here. Didn’t waste the alcohol units on inferior beer and we’re further down the road towards, LA, anyway. Win-Win…

4.18/5  rDev -1.4%
vibe: 4.25 | quality: 4.25 | service: 4.25 | selection: 4
A couple years ago, when tours/tastings were $4 and people never left the beer line on a Friday afternoon, it was nuts. Since adding the taproom on to SoPro a while back, this place has gotten even more popular. Great bartenders, cool tours, beer you can't get anywhere else (like the barrel aged Sleeper Agent) and a master brewer who deserves the throne he sits on, makes So Pro one of the to-go places in H-burg. Aggressive and proud of it.
Jan 04, 2017

Reviewed by Taming_The_Brew from Mississippi

Reviewed by soupermirl from Mississippi

4.29/5  rDev +1.2%
vibe: 4.5 | quality: 4.5 | service: 4 | selection: 4.25
Hattiesburg, Mississippi has a tasting room. Here's what you get. Concrete block walls, concrete floors, barrel aged beer barrels, video game system, outside seating, great indoor seating, industrial feel, and great... outstanding beer. The brewery tasting room has a little shop area for shirts and whatnot. Bar seating and standing area. It is a fantastic craft beer tasting room and the beers stand their own ground at the brewery or from retail. If you haven't been, you should plan a Saturday afternoon trip to the brewery. Take a tour or not, the tasting room is on point.
Feb 28, 2016
Southern Prohibition Brewing in Hattiesburg, MS
Brewery rating: 4.05 out of 5 with 1626 ratings