Other Half Brewing Company 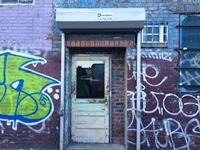 Rated by cgwami from Canada (MB)

Reviewed by TheGent from New Jersey

The quality of the beers is great, especially their IPA's and more recently with some of their lagers. Their kettle sours are coming along, and their stouts are very good, but I tend to prefer to the lower ABV ones than the 13%, 14%, 15%+.

The service is good. They are not the quickest or most outgoing, but if you are there, speak up and get the attention of someone you will get fast and professional service.

The selection depends on how you look at it. If you are looking for a brewery with wide variety of styles, this is not the place for you. Their menu us overloaded with NE Style IPA. Usually a lager, a few stouts, and one or two sours. I like the selection, because I go their for the IPA's and occasional stout.

V - Tap room right next to the brew house which was active this Sunday night. Not brightly lit, small, picnic tables. The restroom is one of those asexual ones, with just stalls with doors. 3.75

Sel - But the selection is almost exclusively IPAs. IPAs are great, but having some different styles to break up the monotony would be very helpful 4.0

Ser - No table service but the bus boy is very diligent. They hold your credit card when you have a tab - can’t we do with out this in the 21st century. I can't imagine how bad it can get when the place is busy. 3.75

Reviewed by frozyn from New York

4.14/5  rDev -7.2%
vibe: 4 | quality: 4 | service: 4.5 | selection: 4
NYC's hype brewtastical, OH has a 2 year old-ish taproom that bends heavily towards the industrial vibe. Concrete floors, simple adornments with wood tables. On busy days the back area near some fermenters is open for conviviality as well. The music tends towards hip hop/rap most days I'm there, and it tends to be a bit too loud most of the time, but my hearing isn't great so loud music anywhere hinders my enjoyment of a place.

The beers are almost always good. Diversity isn't there -- always a combination of NEIPAs (from single to triple), pastry stouts, fruited cereal semi-tart things, and the obligatory lager they make. It is Other Half, after all, so the beer is going to be good-to-great, depending on how you like it. Service -- even when they're slammed on a Saturday -- is always prompt and efficient, and during less busy hours the bartenders are happy to discuss the beers and beer in general.

For out of towners, if schedules permit, you're better off visiting during the week. If you want to see peak OH, though, 3-4 PM on a Saturday is your time.

Reviewed by Dmbphoenix from New York

Very good selection. Nice to experience OH, bought in heroes from nearby Defonte’s. Nice place to get away for a bit in the middle of nowhere.

Rated by MikeM75 from Virginia

Reviewed by Kdouble from Tennessee

4.69/5  rDev +5.2%
vibe: 4.25 | quality: 4.75 | service: 4.75 | selection: 4.75
Decided to visit the brewery while staying near Time Square. Great blend between the brewery and the neighborhood. We got there are noon on weekday and the place was already filling. They had a fantastic selection of brews and the bartender allowed us to sample anything we wanted to try. Always a nice touch when the bartender remembers your name like you are a regular coming in every day. They brought out free samples of Raspberry Crunchee which was just off the production line. I would definitely go back.
Apr 21, 2019
Rated: 4.91 by WOLFGANG from South Carolina

Reviewed by RollTide7 from New Jersey

4.48/5  rDev +0.4%
vibe: 4.25 | quality: 4.75 | service: 4.25 | selection: 4.5
Pretty small tasting room (relative to what I am used to) that's been packed with not much additional seating or room available each of the times I've visited. Vibe is a graffiti styled industrial with some neon thrown in. bathrooms are kind of nice as they have individual coed rooms/stalls and a joint area to wash hands which definitely makes the most of the available space and help minimize wait for the bathrooms. Service is typically pretty good, and they do a good job working through the crowd for pours. Though I did have to wait for an extended time when i wanted to buy cans and was waiting over the merch/growler fill area and no one came over for probably about 5 minutes.

Beer selection is great and typically very IPA/IIPA heavy, I went once and was a little disappointed with selection as there was a takeover event from another brewery and most of the offerings were stouts. Releases typically take place further down the street closer to the mcdonalds in their warehouse building and they move the cans inside to the the front left near the merch later in the day. Also note its not very kid friendly as its quite loud and crowded with not a lot of open space. Would be fine for a very small kid, but not good once they are mobile.

Lastly merch is pretty expensive and that's kept me from from purchasing anything, $25 t-shirts. Interesting mix of people with everything from hipsters to hazebros to wall street peeps and normal joes.

The bar tenders are great, but taking down the service from 4.5 to 3.5 as Other Half does not pick up the phone, and multiple questions I've submitted throught he website weren't answered (either ever or in a timely fashion).

Reviewed by hops_for_thought from New York

Great people that make some really excellent beers (unique opinion I know). I love the tap room, staff have been A+ the handful of times I've been for drafts and the occasional stout bottle. Appreciate the tap selection, nice to try the beers I wasn't able to score cans/bottles of. Feel ancient typing this but do think the music can be loud, realize that's embarrassing

Can release experience was awesome and I'd 100% go again. Hear the line was crazier than normal (5th anniversary - I arrived at 6am and was ~400th in line) but had a great time swapping beers, chatting with strangers, and the staff did a solid job keeping us up to speed on allotments etc.

Reviewed by jykleo from New York

Rated by DaMacAndCheese from Massachusetts

The taproom is pretty small, seating maybe 40 to 50. Seating to the right and along the windows with bar and merch sales straight in. The brewery is in the back, so you can smell the work being done. Not much of a vibe at all, just a pretty industrial space with lots of hipsters.

Tap selection is about 20 strong, usually all OH beers, but with occasional guests. Selection is very much IPA forward, I think there were 2 non- IPA beers when I was here. Of course, OH are very good at IPAs, but if that's not your favorite style, you might get a bit bored. Looking at their website today, there are actually only 10 IPAs and 10 other styles, so maybe I was there at an unusual time. Either way, the beer is very good.

Service was quick and friendly, maybe not overly chatty, but the flow of people was pretty constant.

Overall, OH is one of the best breweries in New York, so should be on every beer fans list.

4.32/5  rDev -3.1%
vibe: 4.25 | quality: 4.25 | service: 4 | selection: 4.75
we finally made it to check out the now infamous other half, which is a very cool little spot, they occupy a small taproom and an adjacent space as well with empty cans waiting to be filled, forklifts flying around, and trucks being loaded. it very much has the feel of a working brewery, cans being labeled in the back, the smell of a mash sweetening the city air, and a pretty low key vibe overall. they have an awesome list, mostly hoppy stuff, which makes sense, its what they are known for, but also some cool other things, a few guest taps from omnipollo when we were in, and some bottles to drink on as well. relaxed no frills space which i like, counter service at the bar, they were busy but responsive, maybe too busy to be very engaging, but the beer speaks for itself. we had a half dozen hoppy offerings, all basically the same in terms of their bases, all dry hopped liberally, all almost a little too fresh yet to be ideal, obviously these guys have a formula that they are adhering to pretty tightly for most of them, all tasty, all similar, nelson and dreamiest stood out to me the most, but we also dug a bottle of bretty crocker, a wildly funky dark ale with cherries and honey. i am so glad we came and had some beers here, its a landmark now in the city, but i have to say, overall, these were not the best hoppy beers we had in town, for how hyped up they all are, and as good as they taste, we found better without a ton of effort. that said, its hard not to be impressed with this place, their beer is awesome and trendy for a reason right now. so cool to check out where it all goes down!
Dec 27, 2018
Rated: 4.63 by Jjl329 from California