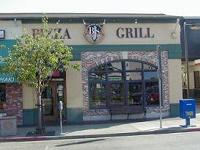 View: Place Reviews
Reviews: 3 | Ratings: 4 | Log in to view all ratings and sort
Reviews by TheLongBeachBum:

I had been here several times since I moved to Long Beach in October 2001, but I really only paid close attention to the beer here, when we had the first ever (legendary) BA Long Beach Pub Crawl attended by StoutLove77, DavidBanner, Myk and yours truly, on December 8, 2002. Since then we have returned on at least one more occasion (that I actually remember!).

First off, it is not in Down Town Long Beach, but on 2nd Street (which is the main drag) in nearby Belmont Shores. Easily accessible from Downtown LB though by catching a LB Red Passport Bus, either an A or a D will drop you off outside. The excellent bus service between LB and Belmont Shores makes for a good Pub Crawl between the two places, a fact that many LA-BAs can attest to.

Easily spotted by the colorful BJs sign outside, it is one of, if not the, smallest BJs I have been to. Basically, it is just one square room with a partitioned section at the front. The lack of a real bar is a shortcoming for me, so this establishment is primarily focused on the food & a beer crowd. It lends the whole establishment a very Restaurant feel, which is not a bad thing, its just that sometimes when I am on my own, I like to sit at the Bar and socialize.

The beer range is the standard BJs fare. No brewery on-site, and after asking twice I have never had a straight answer as to which one of the BJs Breweries actually do supply the place with beer. Whichever one it is, the quality of the beer served here is actually very good. My favorite has to be the Tatonka Stout  quite superb! Well worth opting for the value for money Pitchers.

Food is the standard BJs fare, served promptly and not bad value for money. Like Belmont Shores itself, it can get very crowded at weekends. Considering the competition, this is probably the best place to go for a quality beer in Belmont Shores, though the Restaurant feel makes it hard to socialize here with more than the 3 other friends that you can fit around the Tables.

If you are in this neck of the woods, also make sure you pop into the Belmont Brewery as well. Its very close by, and it would be a shame to miss it. Oh, and then theres the Yard House and Rock Bottom in downtown Long Beach. Hmmm, make a good BA Pub Crawl that..

BJ's Long Beach is one of mine and the better halfs favorite places to visit. We're lucky enough to live within an easy bike ride from the restaurant, much easier to ride down than having to deal with parking on a Friday or Saturday night. For those who don't know the Belmont Shore neighborhood, it's a four or five block stretch in South Long Beach just two blocks from the ocean with loads or restaurants, stores, and bars. As a result it can get very crowded on weekends and any hot summer day and the only parking is street parking. The restaurant itself is very small , it only seats about 80, and they don't brew on premise. It's great for my wife and I, I can get a decent beer, she loves the hefeweizen and she's more the wine/cocktail type and we both love the pizza. One problem I have is that like many places they pour into a standard pint glass and pour off the head. I also wish they were large enough to have a bar so I could come in just for a beer but alas it's too small. They also don't do growlers, some local ordinance.

As far as a beer place goes, this is the best bar on 2nd Street in Belmont Shore. They cover their bases with basic styles like pale ale, brown ale, porter, stout. I had the Tatonka stout and was quite happy with that. I also ordered a Nutty Brewnette which was ok. This was the special beer of the night and was not on the menu. I couldn't understand our waitress when she told me the name (it sounded like she was saying "Natty Brownit"), so I asked her what style the beer is. She could not tell me, she only said that it was like Guinness but not quite. So that's a point off for service. As for the food, I tried the pizza and as a Chicagoan I can confidently state that they make a lame attempt at Chicago style pizza. I know that I am biased though when it comes to pizza. Anyway it's a pretty good place for beer, an ok place for food, and the waitstaff isn't particularly knowledgable but friendly nevertheless.