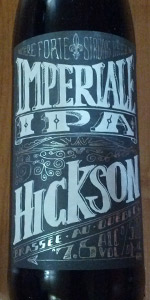 Look: Brown colour with a lace of white head.

Feel: Medium body, light to medium carbonation, easy drinking for a 74 IBU the bitterness is there but not killing it.

So overall would I recommend it ? Absolutely,

Would I buy it again ? As an IPA yes, as a easy drinking chilling beer, no