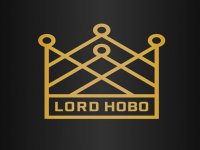 The brewery is five minutes from my house which is a plus. The vibe is laid back and the staff is pretty cool. I like the barrel tables and keg seats. They offer free samples of all four ales on tap. I liked the Consolation Prize the best which is only available at the brewery. You can buy a growler or buy some cans to take home. I got the growler and I am sure I will be back soon to refill.

Like what they’ve done with the taproom. Huge bar & bunch of communal tables.

Besides LH’s usual beer lineup, plenty of specials & one-offs which are only available in the taproom. Their hoppy beers are pretty good & all beers are shockingly priced reasonably (in comparison to the LH Bar in Cambridge).

Staff are friendly enough & hustle when the place is busy, as it is almost all the time.

However, the food (mostly pizza) is astonishingly overpriced & borderline bad. The crust is lousy, it’s embarrassing how sparsely it’s topped, & the sauce has a weird sour taste to it. All around fail.

That said, it’s a fine place to enjoy a few beers.

The brewery us viewable in the back of the taproom and is massive. Here on a Saturday at 5:30 and it is [email protected] Some nice beers, a little pricey, but well made. Really noisy given the size of the crowd.

Went to the newly renovated place last night. It was packed at 5:30 and the bartender said that was pretty typical. Quick bullet list review:

Pros
1. They really did a great job with the space - it's a very open layout that's really inviting.
2. There's a pizza shop right inside. Didn't eat any but they looked good.
3 Best brewery beer prices in metro Boston and maybe the state. Seriously! Much of the menu is $6 for a 20 ounce pour. The high ABV stuff is $6 for a 12 ounce pour, and one or two things were $7. Pretty brilliant.
4. Large beer selection. They probably had about 15 or 16 things on tap.

Cons
1. It's not really fair to knock them for this since they explicitly set out to be an IPA brewery from the beginning, but those taps consist of roughly 10 IPAs/, 3 stouts, and 2 lagers (one of which is hoppy).
2. I still find their beer to be just okay. Everything I had was fine, but their IPAs tend to have a similar odd taste that i can't quite put my finger on, and the stouts are a bit too hoppy/harsh for my personal liking. Their session IPA is my favorite, which is ironic because I generally don't like session IPAs.

They also took part in the Resilience IPA thing which is obviously great. I liked it better than their house IPAs and it had a great older school hop taste, but the body seemed a little thin.

Overall we had a great time and while it won't be a huge destination for me, I'm sure I'll find myself back there again. It's a great addition to the area as there's nothing like it in the suburbs just north of boston.

A short trip outside Boston, Lord Hobo is in Woburn, MA and has their main 6 beers on tap with maybe 6-8 others that rotate. All of the beers are very good, and is one of my favorite breweries in the area. The tap room is a large open floor with large tables, like an average beer hall. If there was an outside area, I was not aware of it which would be a great addition. The place is dog friendly, offers flights, single pours, etc. Overall one of my favorite breweries in Massachusetts and I will definitely continue to come back.

I was in the Boston metro and decided to stop by. For those planning to drive to the brewery, Nashua, the cross street, turns 90 degrees right just as it intersects with Draper St. If you go straight when you see the street sign, Lord Hobo comes up as a white building on the right. Tours are available.

The space is large, easily as much as 1000 square feet, with a concession area immediately on the left. The serving area consists of a long bar, which accommodates 12 to 15 patrons and a couple of dozen taps which sport perhaps half that munger of drink offerings. The day I visited there were 4 "guest taps," including Jack's Abbey's Craft House Lager.

Tastes are $2. Pints, growlers, and 4 packs are available for most beers and ales. Service was fairly quick, knowledgable and efficient. Signage consists of large chalk boards, which are pretty clear, but it sometimes helps to ask. I was there the day Pilot Series #18-02 debuted and it was, frankly, very good.

The remainder of the space consists of 8 to 12 long communal tables, which were packed on a Saturday afternoon. The crowd trended toward hipster (I say that only in a positive way) and vibe was very high energy and fun. The gent next to me at the bar struck up a friendly conversation, which is always nice.

Dogs are clearly welcome and there were 6 to 8 scattered about and behaving themselves extraordinarily well. Few kids, mostly in strollers. Enjoyable and well worth a visit. I plan to be back when I am in the area next.

Vibe here is sort of unique. No bar to sit at, just Barrels and kegs for tables and chairs scattered around an industrial feeling room. 5 beers on tap, all IPAs or hop forward pales, so not a huge variety but they were all excellent. Service was great, and to my surprise a flight of all their beers was free.
Overall all their beers are great and I would stop in anytime when inn the area, but I wouldn't go out of my way to visit here. Its pretty boring, I think as a brewery they are much more focused on their can distribution than tap room.