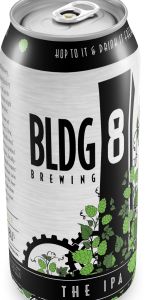 Slightly hazy (we'll talk later) golden-orange hued beer with a creamy lace. Citrus and pine in the nose. Very crisp, lively, and creamy on the palate. Kind of juicy too with a solid dose of tropical fruitiness (pineapple, mango, papaya) that collides with more pine, some grapefruit, citrus rind, and good old-fashioned dankness with resiny and ashy notes. Quite bitter, and a bit spicy too, but the fruitiness keeps it in check. Some honey and melon sweetness, bready malt backbone, and a biscuity, dry, herbal, finish.

For a West Coast IPA brewed on the East Coast, this is damn good. A bit too hazy, because WCIPAs are meant to be as clear as the SoCal skies, but still damn good. Wish I had another one.

Poured from a 16 oz. can. Has a golden/orange color with a 1/2 inch head. Smell is of citrus, light pine. Taste is tropical fruits, citrus, a touch of pine, moderate bitterness. Feels medium/full bodied in the mouth and overall is an enjoyable beer.

Having returned from a successful (CANcer-free) visit to HER Medical Center & a long nap following a VERY early start to the day, I am ready for a beer! A CANQuest (tm) beer, to be exact. I picked this one up during Saturday's visit to Rieker Brew Works & I am giving it head-of-the line privileges since it has an approved pic already in place.

From the CAN: "Hop to It & Drink It Fresh"; "A small and independently-owned brewery, Building 8 is housed in a 19-th century factory nestled in a bend on the Mill River of scenic Western Massachusetts. While our home might be old, our outlook is firmly progressive."; "We're located in the vibrant arts town of Northampton, and our blend of Simcoe, Citra, and Mosaic hops is anything but old-fashioned. Even the can you're holding right now is a symbol of our commitment to making world-class, locally-brewed beer in a manner that shows equal respect for the beer and the environment. Aluminum cans are lighter, more recyclable, and protect the beer better. As an added bonus, you can take them anywhere from a boat, to the beach, to your favorite music festival. Cheers!"; "70 IBUs".

I was NOT surprised, nay, I was SHOCKED during the Crack! of the vent when the beer shot out as if from a CANnon! Jeebzus. Once things settled, it revealed itself to be a brimful + CAN that I CANnot see how they even got the lid on for seaming! 8=O I then beCAN a slow, gentle C-Line Glug since a) the hour was late & b) the potential for a mess was extremely high. This resulted in the formation of just over a finger of dense, foamy, rocky, bone-white head with great retention, leaving behind some nice, sticky lacing as it fell. Color was a slightly-hazy Yellow-Gold (SRM = 4 - 5). Nose smelled mostly tropical with a tad of orange/tangerine citrus thrown in for good measure. Mmm. Mouthfeel was medium. The taste was hoppy, but less bitter than I had hoped for. It had a tropical fruitiness that was prevalent, underlain/undercut by an orange/tangerine citrusiness and a light pine mintiness. Finish was dry, but not gasping. It tasted, to me, like it had potential that was not being achieved. It was a decent run at the style, but the recipe needs tweaking. I would especially look at the hops bill & make some ChANges from that direction. Good, but not great. YMMV.

my first beer from these guys and very much a west coast style ipa, lots of pine notes and bitterness, some sap and oily texture from all the hops, and enough crystal malt in here for this to be balanced. it smells and tastes just a touch off from fully fresh, but i didnt see a date on the can if there was one. either way, its still got a lot of enjoyable features, including a really robust and full spectrum hop complexion that hits on christmas tree, bitter orange peel and grapefruit zest, mango and papaya, and gin botanicals. there isnt much sweetness to the grain, but there is enough to balance the intense hops and make this more than one dimensional. it also adds some considerable body to this, and as such this is a pretty hearty and intense ipa as they go. some weed dankness to the hops on the finish and a little bit of a resinous feel, some greenness but its not overdone, and a good lingering bitterness on the swallow, like ipa used to taste. i appreciate the effort here, and think they did a nice job packing a ton of hop character into it without making it undrinkable. fresher would be better though, hopefully next time!

The crispy bite and fresh feeling is most impressive from the first sip. The first gulp has: a dry, earthy, west-coast style bitter bite from these classic hop strains. Tangy and sweet citrus and tropical red fruits pop out next. The honey soaked bready malt flavor seems nearly as bold as the dry and earthy hops are. Amber, medium bodied but seriously crisp and never ends up slick or cloying. Yay!
Dry, earthy and slightly bitter hop tones meld with alcohol and quickly become even more grainy and dry in the finish which is enhanced by the amount of high alpha hops.

BLDG 8 is a new comer to the Northhampton, MA area but has been well recieved thanks to a very fine West Coast style ipa flagship brew.

Can poured into a teku glass

Aroma of citrus, bit of tropical

Pours beautiful hazy orange/amber. I said HAZY not murky not yeasty but mildly hazy. Wonderful aroma, lots of citrus. Drinks smooth and very well balanced. Not too sweet and the strong fruity notes are balanced by an assertive but not in your face bitterness. Excellent beer and an excellent IPA. Glad to see somebody still making a good, clean IPA!

Thanks goes out to colby600 for this brew.

My first from this brewery.

16oz can. Pours a hazy golden orange color with an inch of frothy white head. Some lacing. The aroma is a blend of citrus and pine. Some tropical fruit notes as well. The taste is orange and tangerine with some guava and piney hops. Toasted malts and citrus peel at the end. Bitter. Creamy mouthfeel and dry. Worth buying again.

Hop forward West Coast IPA all the way. You taste all the70 IBU but t.he 6.5 ABV makes this very drinkable. The smell is very strong as the hop finish. This has a lot of citrus flavor. Hop heads will like the IPA.

Poured into a becher pint glass, the appearance was a semi-transparent glossy yellow color. Fast rising carbonation bubbles hit an escaping finger’s worth of white foamy head. Sustains at a quarter finger’s cap for a little bit. Foamy lace starts to spider web after awhile. The aroma had a subtle sweet onion hoppiness (somewhat dank) flowing over some citrusy bittersweet to sweet grassy hops. Low malt level. The flavor fully grasps the bittersweet hops to malts level and kicks in that well needed dankiness to hit the aftertaste nicely and following through in the finish. On the palate, this one sat about a light to medium on the body with a fair sessionability about it. Carbonation felt appropriate and the ABV felt spot on. However, there is a slight noticeable hop burn hitting the back of my throat. Overall, nicely done AIPA in the aroma and the flavor but even with the hop burn, it could be way worse.

Pours a clear amber, with some fluffy head.

Smell is lovely, crisp pine, resin and a bit of citrus.

The taste follow the nose well, piney resin with quite a powerful hop punch and just a hint of licorice. The bitterness is lingering, but gets a bit unbalanced as it warms.

Mouthfeel is medium bodied with a nice level of carbonation.

bldg 8 the ipa out of Northampton, ma...not much on the aroma some generic citrus maybe some honey... The taste is of yellow grapefruit flesh some berries not a huge flavor bomb, light and crisp

Had this on tap at the Dirty Truth in Northampton. The beer had a clear, dark gold appearance with thick lacing. The aromas included piney hops, but included a slight buttery hint to it as well. The taste followed the nose and showcased a complex hoppy characteristic with a bitter aftertaste. Carbonation and mouthfeel were crisp, making this quite approachable and drinkable. Overall, I found this to be a solid beer for the evening, especially with a good appearance and mouthfeel.

Relatively clear light amber color with three fingers of dense and lasting white head that leaves heavy lacing. Mild aroma of pine and peach skins. Sweet tasting with the same flavors and just a kiss of grapefruit pith bitterness behind, as well as a spicy kick in the aftertaste . Great mouthfeel, medium bodied, prickly, with solid carbonation. Very enjoyable. No canned-on date, so no clue as to it's age.

L - Pours into a chalice clear gold, with a 1/2 inch white head.

T - Delicious grapefruity hops. This is a dry brew...skewed to the bitter unit side on the hop scale.

O - Superb representation of the style.

Poured clear amber with a lacy white head into a chalice. Aroma is dank and piney, with faint grain. Sharp hop bitterness hits with the first sip and doesn't fade. If you like your hops to pack a punch, you will like this beer. Prickly effervescence, medium body, and clean finish make this a very drinkable beer, even with the punch in the mouth from the hops.

Mostly pine aroma from the floral hop. Very little malt to the nose.

Neutral, dry pale malt start. The swallow features a biting bitterness that is accentuated by the dry initial flavor. Oddly, the aftertaste doesn't last as long as one might expect. Relatively thin for the style with an elevated carbonation level. Overall, this isn't as smooth as I was hoping it to be, but hop heads will certainly enjoy this IPA as it comes close to the extreme.

Pours a clear golden orange with a finger of white head. Aroma has notes of pine and grapefruit. Taste leans more towards pine with a solid bitterness. This is a bit heavy for me with medium+ body and moderate carbonation. Overall a solid IPA but not extraordinary.