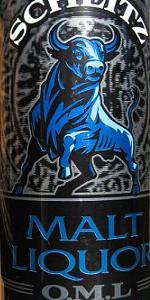 3.09/5  rDev +16.2%
look: 3 | smell: 3.25 | taste: 3 | feel: 3.25 | overall: 3
16 oz. Can poured into mason jar
Look: one and a half finger head does not stay long, golden color. Good lacing.
Smell: Malt with hints of sweetness.
Taste: Medium bitterness, not extraordinary, not bad. Finish is ok.
Feel: Nice carbonation, stays on tongue after swallowing.
Overall: I could take it or leave it. I would not seek it out if there were others of the style.
Pair with seafood.

Reviewed by BCole281 from Texas

A - pours a clear yellow with a thin white head that leaves a little bit of lacing. Head retention is fair; lots of small bubbles rising through the glass.

S - Primarily malts and adjuncts; there's a bandage-like funk that shows up near the end of the nose that's a bit off-putting.

T - Malty with a caramel-like sweetness; no discernable hop character. The funk present on the nose doesn't reveal itself in the taste.

O - For a regular strength ML (5.9%) it's serviceable, but better options exist. YMMV.

2.82/5  rDev +6%
look: 4 | smell: 2 | taste: 3 | feel: 3 | overall: 3
I have one idea what it looks like, drank it straight from the can after fishing it from an iced down communal beer cooler in the middle of a Pakistani Valero at IH-10 and Fry are. on the outskirts of Houston.
It was, as you might have guessed, ice cold. I only detected a sulphurous, slightly putrid smell. The taste is as slightly sweet, artificial grape drink (drank) (purple), slight alcohol warmth. It tastes a lot like, despair. I’m so glad I only had 16 oz to drink.
It will get the job done if you want a buzz, but there’s much better ways to achieve that for the same price.

T: expected a little more base sweetness upon first sip, but it's merely a mellow, white-bready, dry malt foundation; the spice is even rather subdued, lingering with a delicate boost of booze in the aftertaste... taste gets more muddy as it goes; bit of a medicinal alcohol builds in the back halfway through; slight nutty yeast aftertaste by the end

O: last saw this summer 2015, but failed to pull the trigger - been looking for it since... an open-minded venture into an anecdotally seedy dive bar in my buddy's town reaped its reward, of sorts (basically just the review)... disappointingly a little too bland of a taste, but fantastically drinkable (1518)

A bit sweet and a biteen syrupy but not as off putting as many budget malt liquors. Corn, 6-row, cooked grain. Has a warm alcohol undertone that's unpleasant but not intolerable.

No overt hop flavours are present to any extent. Not metallic or otherwise off.

Unrefreshing but drinkable. I've had worse student tipples in my day. Wouldn't be a repeat buy with Mickey's on the market...

Rated by Nicholas660 from Kansas

Reviewed by Buckeye55 from North Carolina

3/5  rDev +12.8%
look: 3 | smell: 3 | taste: 3 | feel: 3 | overall: 3
To me, the king of Malt Liquors. Overall I would rate it as average, because there are none from this category I would consider outstanding. Is a sweet smelling and tasting brew, light bodied but extremely poundable. Let's be honest, if your drinking ml's you're not looking for sipping brews.
May 06, 2019

Reviewed by xolectic from Ohio

T: Very sweet, basically no hops, inoffensive but not very rich or grainy.

Overall: You could do worse than this one but it's not even better than OE 800. I like the Red Bull X.L. Schlitz better as it is not as sweet. A middle of the road malt liquor that is worth a try but not worth going out of your way for.

Reviewed by Bsimpson91 from Georgia

4.94/5  rDev +85.7%
look: 5 | smell: 4.75 | taste: 5 | feel: 5 | overall: 5
This economy Beer is a major contender with top notch brews. For the price, I recommend you skip pabst, miller and coors. Go for the Bull. The look is super clear, light straw in appearance. The presentation of the can is fair. Since this is a economic Beer, I suppose the design is not bad. The nose is sweet and yeasty with some slight spoiled grain smell. Meh, the smell is boring. For flavor, this is not exceptional but very similar to Miller high life. Top end sweetness with faint yeast/white bread notes, quickly goes into some maltiness and hop bitterness in the middle. The finish is a little wet. I really enjoyed the body of this beer. Good sting carbonation that pricks your pallet with a fantastic creamy texture as it goes down. Very nice medium body. As you drink, the hops and ethyl acetate build up on your pallet, rendering your taste buds useless. I believe Schlitz malt liquor tastes much better than Miller high life due to the fact high life has a thin body and a overwhelming canned vegetable taste. This beer has none of that! If you are looking for something with more flavor and more alcohol hit, I recommend this beer!
Jul 14, 2018
Rated: 2 by Jbalintjr from Pennsylvania

Reviewed by DrMullet from Florida

Reviewed by OldSchoolMike from North Carolina

3.1/5  rDev +16.5%
look: 2.25 | smell: 2.75 | taste: 3.25 | feel: 3.5 | overall: 3.25
One of the better Malt Liquors out there, and I have tried about all of them. I remember the old commercial "don't say beer, say bull." If I want a little "boost" during an afternoon of draining cans, I generally alternate the bull and whatever aal is in the fridge at the time. Not wonderful, but it does the job, and I have never sputtered in disgust when taking a sip/chug of one of these. Then again, I don't ask for much. Between all of the smoking I did in my younger days (thankfully behind me) and all of the spicy foods I like now, my taste buds may be sub-par. Good for me, 'cause I will drink about anything.
Dec 07, 2017

Rated by schlitzman from Nevada

Notes via stream of consciousness: Risking life and limb in Camden, NJ (currently #10 in the country for murders) I picked up a 32 oz. bottle of Schlitz Malt Liquor. It wasn't until after I left that I realized I'd screwed up. I thought to myself, "Damn, you was supposed to get a 40!". Oh well. It's got a fingerprint-through-the-glass clarity in a light straw gold body beneath a foamy then creamy white head that holds surprisingly well and leaves some very nice lacing behind. What is going on? And there are also some hops found in the aroma - not just background hops, but clear hops along with sweetish golden malt. I must be having a very good "nose day" because I don't remember ever having a malt liquor that smelled of hops. I'd say they're floral and a bit herbal. There's also some fruit there as well, apple-like. Ahhh, and yes, that carries over into the flavor, there's a clear note of juicy red apple amidst the sweetish malt and hops. Keep in mind, these hops are not to the strength that most craft beer drinkers will think of, but they're there nonetheless. I was just about to say that there are also no off-notes, aromas or flavors due to a high fermentation but as I'm looking at the bottle I see that it's only 5.9% ABV - that explains a lot. Budweiser is currently 5.0% so it's not really that much higher. There's just a light hint of extra alcohol that actually works with the slight bit of extra malt. It's not bad, and in fact, it's pretty good - at least for a malt liquor. So let's sum up so far. It's got surprisingly good head retention and it leaves very nice lacing, and the aroma is nice. There's a hint of alcohol that I didn't find at first but it's not bad at all; and the flavor is very well balanced as well. Could it be a touch more bitter to balance the malt and give a drier finish? Perhaps, but this is a malt liquor which is supposed to be a little sweet. It's medium bodied and moderately crisp, which accentuates it's sweetish adjunct-laden golden maltiness but still it's smooth and quite nice - I'll give it a 3.5 as I think it could be a little crisper, but then again, I have to keep in mind that this is an American malt liquor and it's supposed to be more malty and smooth. Hmmm, I don't know, maybe it should get a 3.75 for being to style. So, the only thing left to judge it on is it's overall character, and in that regard I originally thought that it was one of the best malt liquors I'd ever tasted, and the fact that it had some hops and very nice lacing was a huge bonus.

Reviewed by jphallenbeck from New York

Reviewed by KACK1533 from Massachusetts