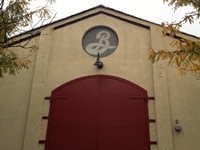 3.75/5  rDev -5.1%
vibe: 3.75 | quality: 3.75 | service: 3.75 | selection: 3.75
Was there early so maybe thats what added to the vibe being low key,not too upbeat.
Staff was mixed from not too interested to very energetic and helpful.
Had a nice mix of different styles but some weren't allowed in a 5 ounce pour or were only in bottle.
Still a good brewery to visit if in the neighborhood

4.25/5  rDev +7.6%
vibe: 4.25 | quality: 4.25 | service: 4.25 | selection: 4.25
Probably my 5th visit over the last 20 years. They continue to make improvements while keeping the original flavor of the place. Got to sample Black Ops which was a thrill and went old school with a Brown after that. Service was great. Met a few tourists from Germany who were having a great time. They may not be as trendy as some others in Brooklyn but this is still a great place to enjoy beer.
Sep 17, 2019

4.11/5  rDev +4.1%
vibe: 4.25 | quality: 4.25 | service: 4 | selection: 4
Exterior reveals very little, while the interior opens up into a cavernous room full of a gift shop and brewing equipment. A long bar sits in the room adjacent, with bier hall style seating available as well. Tap list is pretty straightforward Brooklyn offerings, with some addition cellar pours and ciders available. Staff was quick and friendly.

Reviewed by Ndwest04 from North Carolina

4/5  rDev +1.3%
vibe: 4 | quality: 4 | service: 4 | selection: 4
Visited during the NYC Marathon. My wife was running the race, and the route passed within blocks of Brooklyn Brewery, one of my fave New World breweries. Although they weren't offering Local 1 or 2 (not really surprising),
they were pouring the Sorachi Ace, which was an excellent "on tap" opportunity for me. Staff was friendly and helpful, even for Brooklyn (New Yorkers, you know what I mean). Highly recommended stop, especially if you are NYC Marathon watching.....convenient to NYC Subway.
May 12, 2016
Rated: 3.33 by Mohawkhitchhiker from New York

Reviewed by Chaddiechadchad from Netherlands